Why Horses Aren’t Getting Any Faster

Home > Blog > Health > Why Horses Aren’t Getting Any Faster 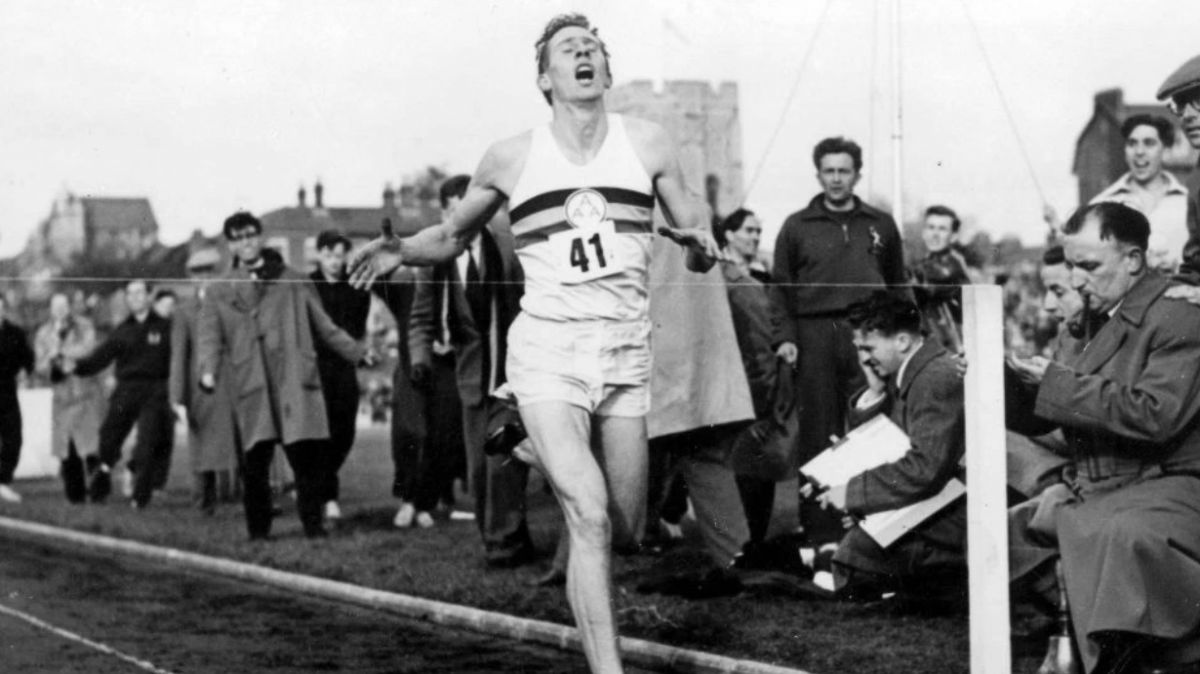 I don’t know if you pay any attention to sports like swimming, or track and field, but if you haven’t, the fact is that people keep getting faster.

Records made even a few years back routinely get eclipsed. The magic four minute mile “barrier,” which Sir Roger Bannister first broke in 1954 (a barrier about which doctors were concerned, because they thought that the person who broke it might die—he didn’t), has been lowered by something like 17 seconds in the 50 years since.

The great racehorse Secretariat broke the equine version of the four minute mile back in 1973 at the Kentucky Derby—it’s only been done once since, by Monarchos, in 2001.

Here are some examples:

PERSONAL ASIDE: Secretariat was known to be a big ham. He loved people. When I was a senior in veterinary school, for a couple of days I had the opportunity to assist the veterinarian at Clairborne Farms, where the great horse stood at stud. I had a camera with a 4x magnifying lens on it (well before digital), and I put it up to my eye and started to focus. Secretariat, who was standing in the far corner of his one acre paddock saw me lifting the camera, spun, and came across the pasture at a dead gallop. He slid to a stop, hung his head over the fence, and put his ears forward. I have the picture in my family room.

There could be any number of reasons that human times have improved, but racehorse times haven’t.

One reason might be the size of the performers—whereas athletes competing in track and field events keep getting bigger, and developing longer legs that can cover more ground, modern racing horses really haven’t changed in size, since, oh, pretty much ever.

Usain Bolt, the current world sprinting champion stands 6 feet 5 inches tall—over 100 meters, with those long legs, he doesn’t have to take as many strides as shorter mortals. Racehorses, in comparison, don’t really vary that much in height.

Another difference that accounts for the athletic performance improvement seen in humans, but not horses, might have something to do with equipment.

Racing horses are still wearing shoes, nailed to their feet. Humans, on the other hand, keep getting racing shoes that are lighter, and lighter, or sleek swimsuits that cut through the water with less friction.

Changes in equipment have probably helped harness horses a lot. The light sulkies of today are a far cry from their bulkier, heavier predecessors. And there has been more selective breeding, as well. But the silks and whips and saddles of the Thoroughbred horse today would be easily recognized in the paddock in 1902.

Track and field surfaces and swimming pools are different for humans, too.

Tracks for humans used to be made up of loose gravel; swimming pools were just big, cement-lined holes that held water. Now track surfaces are made of synthetic materials that are bouncier, and more shock absorbent, which helps the runners’ legs spring forward. Swimming pools are constructed so as to minimize the waves that the swimmers make; waves make the water choppier, and harder to swim through.

Contrast that with the dirt and grass that horses have been racing on since, well, the 18th century anyway. There are synthetic racing surfaces, for sure, but they are still more like dirt than not.

Then, there’s motivation (or lack of it).

Horses don’t really have any reason to run faster. They’re not interested in setting world records, or training for glory, or to be featured in a reality TV show. At best, they’re trying to beat their buddies (and probably wondering what all the fuss is about): as noted by Jerry Seinfeld (below).

But the biggest problem with horses racing faster is that they may not be able to run any faster. That is, racehorses are probably running right up to the capabilities of their systems. If horses were able to go faster, the system would probably just break down (which, sadly, it sometimes does anyway).

In that regard, a really smart biologist from Stanford University named Mark Denny did a great study in 2008, whereby he concluded that there are limits to how fast horses (and humans, and dogs) can go. He concluded that in spite of breeding and training advances, and even the use of performance-enhancing drugs, we’ve pretty much reached those limits in dogs and horses, and are getting there in people. (CLICK HERE to read the study by Dr. Denny.)

In fact, it kind of makes you wonder about the purpose of all of the drugs used in some racing circles—what’s the point of giving performance-enhancing medications to a horse it if can’t go any faster anyway?

Of course, the fact of the matter is that horses are just wonderful athletes. They’re one of the most efficient biological running machines that we know (taking a back seat to animals like cheetahs and greyhounds, of course. by the way, if you want to see an incredible video of a cheetah running, CLICK HERE). But the fact is that horses are running pretty much as fast and efficiently as they possible can.

Don’t expect horse race times to get any faster. They’re doing the best that they can. Not a bad rule to live by, actually!