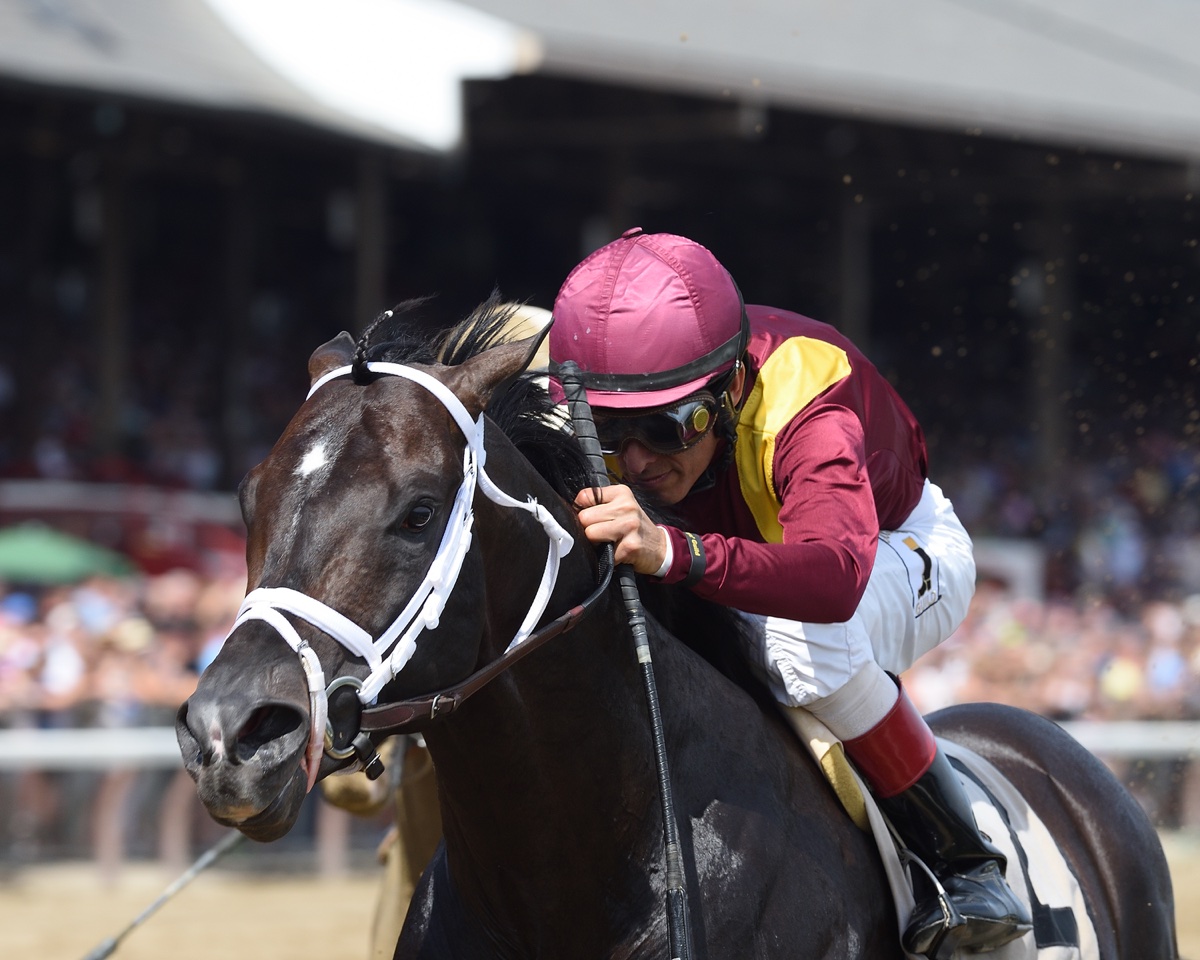 Two-time consecutive Dubai World Cup (G1) winner Thunder Snow will be there, as will McKinzie, winner of the 2018 Pennsylvania Derby (G1) and this year’s Alysheba Stakes (G2) and only a half-length off ill-fated Battle of Midway in the San Pasqual Stakes (G2).

Throw in 2019 Churchill Downs Stakes (G1) Mitole, always-a-bridegroom-but-never-the-groom Pavel, the fourth place finisher in this year’s Dubai World Cup, plus a few more unknowns in the field of only nine, and you have the weekend’s, Belmont Park’s—and perhaps the year’s—best race.

And it’s not the Belmont Stakes, the third and final leg in the U.S. Triple Crown. That’s another story.

Instead, it’s the Runhappy Metropolitan Handicap (G1), fondly referred to as “The Met Mile.” It’s one of three “Win and You’re In” races on this afternoon’s Belmont card, this for a ticket to the Breeders’ Cup Dirt Mile, and almost inarguably the highlight of a stellar day at Belmont.

How great is the lineup? So great that the two-time consecutive winner of the Dubai World Cup, Thunder Snow, is the 5-1 fourth choice, behind 5-2 favored McKinzie, 3-1 second choice Mitole and 4-1 Firenze Fire. So great that, in a field that has won collectively over $25 million, the winner of $16,391,476, is the fourth-place choice.

“It’s exciting anytime you get together a field of horses like this,” confirms McKinzie trainer Bob Baffert, who will have Mike Smith guiding his fortunes. “There are a lot of horses in this field for me to worry about.”

Worried, too, about the draw, said Baffert, referring to McKinzie’s gate two posting. “Yeah, I wasn’t happy with the draw since he’s had bad luck from the 1-2 post,” confirmed Baffert, winner of the 2017 Met Mile with Mor Spirit. “But he’s there.”

Baffert, incidentally, won’t be there at Belmont Saturday, instead remaining in California for youngest son Bode’s graduation.

But McKinzie, a disappointing no-show at this year’s Dubai World Cup, is two-for-two at this one-turn, one-mile distance, most recently in a 4 3/4-length romp in December’s Malibu Stakes (G1) at Santa Anita.

“He’s trained well,” says Baffert. “The trip will be the big thing.”

Big thing too for Thunder Snow, who may want to keep running after the finish line since all of his last seven races have been at the longer classic 1 1/4 mile distance.

Trainer Saeed bin Suroor says he has to start somewhere in what he envisions as a path to the Breeders’ Cup Classic (G1) November 4, currently slated for Santa Anita (but that also is another story).

“This is a good place for him to start,” offers bin Suroor, whose charge took a second consecutive Dubai World Cup by a nose over Gronkowski March 30. “The trip is a little short for him, but he is ready to run. He has a chance here.” Thunder Snow will be piloted by regular rider Christophe Soumillon.

Suroor already has an goal in sight for the remainder of the five-year-old son of Helmet’s campaign. “We will have an American campaign,” he confirms. “The Breeders’ Cup Classic is again the goal this year.”

Depending on the outcome of this race, Thunder Snow likely will return to the Jockey Club Gold Cup (G1) where he was runner up last year, and will then vie for a better than last year’s third-place finish in this year’s Breeders’ Cup Classic.

Mitole is the great unknown. The speedy son of Eskenderya has won six consecutive races by over 30 combined lengths. He won the Churchill Downs Stakes, his last start and first over six furlongs, by a shorter-than-usual 3 1/2 lengths, making some question this frontrunner’s distance ability.

But no one is questioning the buzz around this race.

“I’m excited,” chirps Ron Lombardi, head of Mr. Amore Stable and home to New York homebred Firenze Fire. “There’s even a little bit of (Kentucky) Derby fever in me getting ready for it.”

Somewhat unknown at this shorter distance is Pavel, who ran fourth in this year’s Dubai World Cup and always seems a threat waiting for a breakout run, having won the Smarty Jones (G3) at three and the Stephen Foster (G1) at four, along with a second-place finish in last year’s Pacific Classic (G1). He’ll leave gate #8 at 20-1 and is likely to find some support at those odds.

Promises Fulfilled, runs from gate #6 for trainer Dale Romans and Todd Pletcher-trained Prince Lucky hopes to be from the outside #9 post. Both are given 12-1 morning odds. The longest entry is Tale of Silence, saddled by Barclay Tagg from the #5 gate, a 30-1 choice after finishing second in the 2019 Gulfstream Mile (G2).

The $1.2 million Runhappy Metropolitan Handicap for three-year-olds and up is Race #9 on an unusually gifted Belmont card that features the third and final leg of this year’s Triple Crown, the 1 1/2 mile, $1.5 million Belmont Stakes, which features War of Will as the 2-1 favorite.

But again that’s another story.