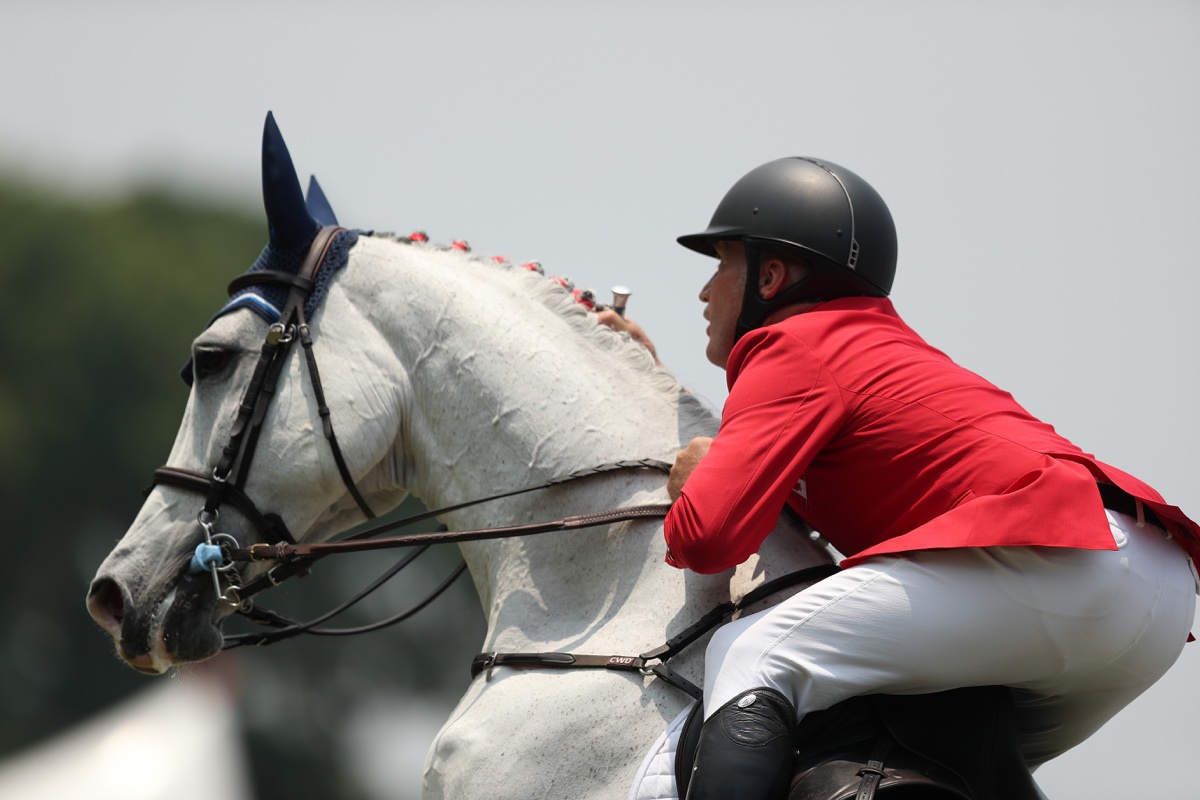 Canada’s Jim Ifko and Celine Ls La Silla played “catch me if you can” with 16 horses in the CSIO 5* Copa Conade 1.45m jump-off at Club Hipico Coapexpan, Mexico on Saturday.

To clock in the top time of 40.56 seconds his strategy was simple:

“When you have so many in the class, and you’ve seen so many go before you, one thing you know for sure is you have to be fast. There is no doubt about that, and so you hope that your plan is accurate and correct and that it’s going to be a winning plan,” said Ifko.

It helps, he added, to have a speedy horse.

“Well, when it comes to making up the time in the jump-off, the thing that’s amazing about Celine…she’s so quick in her turns. When we land after a jump, it’s only a matter of a split second and she’s already going in the direction we want to be going.”

In the Longines FEI Jumping Nations Cup™ Mexico Ifko will be piloting Un Diamant des Forets for Team Canada, but Celine gave him an extra dose of confidence for Sunday’s class.

“A win like today certainty lifts your spirits going into tomorrow. Without a doubt it gives you the high that comes in handy for the next day, and hopefully it carries right on into the Nations Cup and we can rally together as a team and come out with one more win,” said Ifko.

Sunday’s Canadian team will also consist of Lisa Carlsen, Rachel Cornacchia, and Nikki Walker. It will be Ifko and Cornacchia’s first Nations Cup, and Walker’s second, but for Team Canada the 2019 Club Hipico Copexpan experience has already been one to remember.

“It’s hard not to love every minute of it,” said Ifko.

Second and third podium positions belonged to Mexico, with Gerardo Pasquel Mendez and 10-year-old Epicor Da Gandarinha earning a time of 41.31 seconds, and Patricio Pascal with nine-year-old Dublin crossing the timers at 42.70 seconds.