Lorenza O’Farrill Is the “Queen of Coapexpan” 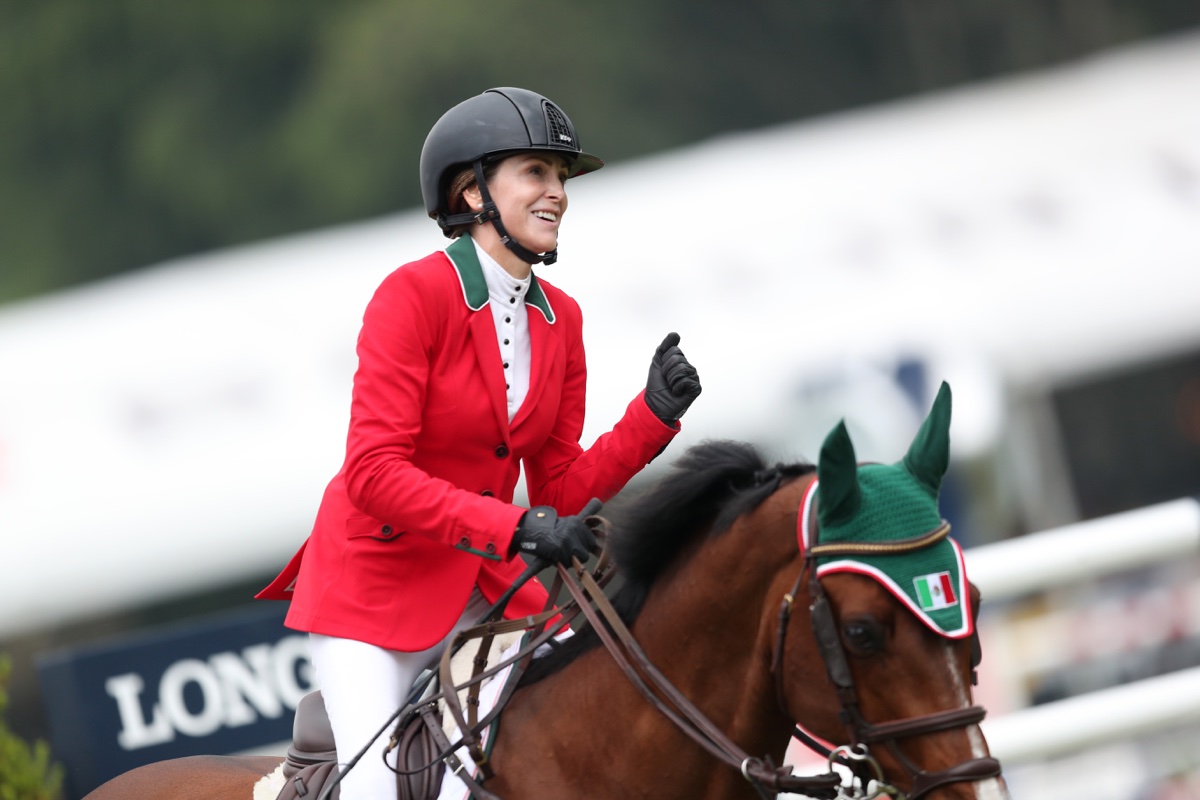 But with Sunday’s victory at Club Hipico Coapexpan earning them a best two out of three score they’re heading to the last leg in Langley as the North America, Central America, and Caribbean division’s top dogs.

The best performance of the day was from Lorenza O’Farrill and 14-year-old Oldenburg gelding Queens Darling (Quidam’s Rubin X Concetto), who accrued only one penalty over both rounds. O’Farrill also won Friday’s Longines FEI Grand Prix with Calvira.

“I couldn’t be happier with the team I have, all the grooms, the farriers, the vets, everything. And all the family that is always backing us. It’s the best feeling winning in the CSIO5* in Mexico and the Nations Cup!” O’Farrill said. She also praised Mexican Team chef Stanny van Paesschen (BEL) for his expertise and guidance.

“The chef d’equipe has done a great job getting horse rider combinations better and better, and that has helped me to have confidence to do my work.”

The feeling is mutual for van Paesschen.

“It’s a pleasure and an honor for me to guide this team. I’m very happy with the performance, I think they all did a great job, Lorenza in particular,” he said.

“Last year, she said to me, ‘Yes, it’s a man’s world.’ It could be, but she was the queen of the show—she was the best and she proved it—and with this I want to also announce that she will also be one of our members for the Pan American Games!”

O’Farrill’s clear meant that anchor rider Salvador Onate didn’t need to ride in the second round, as Mexico’s victory was already confirmed.

For teammate Manuel Gonzalez Dufrane, the only rider who also competed on the winning team in Wellington, Florida, it’s the second win in as many Nations Cup appearances.

Team prophet Patricio Pascal predicted it would be Team Mexico taking Sunday champagne showers, “Today, I told my groom, you know, Babel always wins a class in a competition and this week he hadn’t won, so I had a good feeling!”

Under the saddle of Pascal 12-year-old Babel finished on a score of four.

“To win with my team and in Mexico is amazing, it’s the best feeling to have. I was so excited that I was part of it, (and) that Stanny chose me for the team. My horse is coming better and better all the time, he’s a great horse.” he said.

Perhaps van Paesschen does have a talent in choosing teams, but he emphasized that the achievement belongs to the riders.

“Okay, sometimes you need to be lucky to choose a team. But in the field it is only the riders who are responsible for the result. And they do that very [well]. For me, it is an honor to be with his team.”

Team Mexico now leads the divisional standings on 200 points. The Americas sit in second on 170 and the Canadians third on 140.