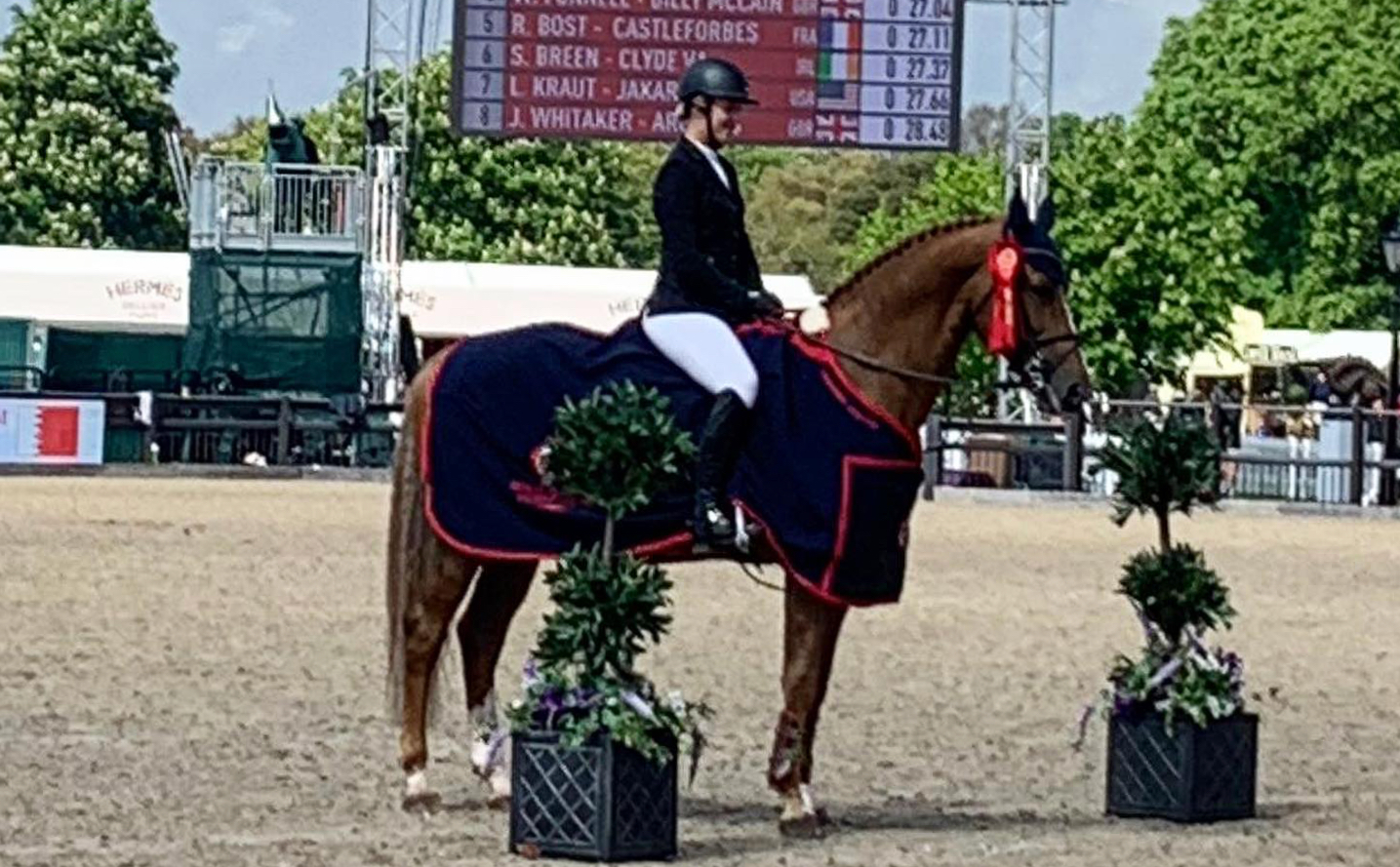 The British rider and nine-year-old KWPN chestnut lay down a blistering track in the Manama Speed Stakes, stopping the clock at 26.11 seconds. Bertram Allen and GK Casper, the only other combination to squeak in under the 27 second mark, were half a second behind, crossing the timers in 26.81. Little did the Irish rider know, he’d land in the runner-up spot in the afternoon’s 5* as well.

But Allen wasn’t the only one unearthing new facts today. Here’s what our social media stalking revealed about Smith and her stunning chestnut.

You might have been confused because his FEI horse details page lists him as “male” and his castration record as “unknown.”

Loving my new summer jacket @pikeur_eskadron @shawsequestrian and of course my super stallion 😍 winner of the competition will be announced ASAP! @juanluiscabrera68

2. Smith has brought the horse along since (International) Day One

Smith and Fruselli made their FEI debut in October 2017 at a CSI1* in Oliva, Spain and jumped clear in three out of three classes. She’s the only rider on his FEI record.

So says his rider.

Beautiful day to ride around our gallops & 120 acres of private hacking. The horses love it 😍

4. And is always down for a good massage

5. He was a “professional pet” for a spell

After a full season in 2017, Fruselli’s 2018 show calendar was cut short in August for reasons undocumented. He returned to FEI competition in February 2019 and earned a second place finish in his first international 1.40m appearance back, a CSI3* in Vejer de la Frontera, Spain.

And it was a decisive one at that.

7. But it was always in the cards…

Or, at least, Vanessa Alford believed so. She predicted a winning record for the speedy chestnut back in February.

8. Fruselli is also a type of pasta

Just kidding. It is a documented last name, however. According to ancestor.com, New York had the highest population of Fruselli families in 1920, including one Italia Fruselli, which we’re told is a person and not a gluten-based food product. These two things are not related.

Feature last year in @horseandrideruk how to jump a clear round 👌🏼

Fruselli is not currently on the start list for tomorrow’s 5* classes at Royal Windsor Horse Show. But Smith is! Watch all the action in the Castle Arena on HN LIVE! — brought to you by Thunderbird Show Park. (Canada and USA only.)