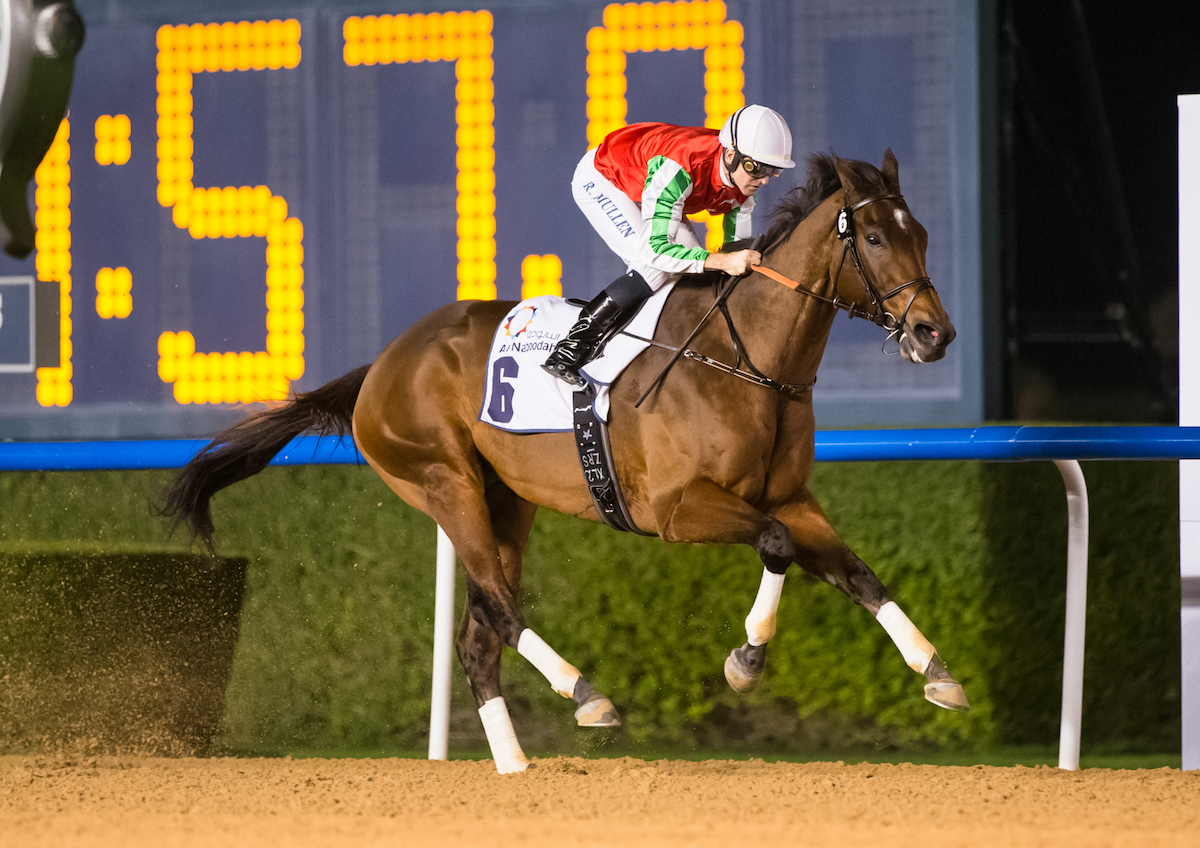 “Catching a bad break” is North American slang for having poor luck.

That’s exactly what happened to North America, the horse, when he completely missed leaving at the start from the gate in last year’s Dubai World Cup.

“I was so pleased because we got gate number two,” local Dubai trainer Satish Seemar recalls about last year’s huge opportunity at a Wednesday press conference just an hour before this year’s draw. 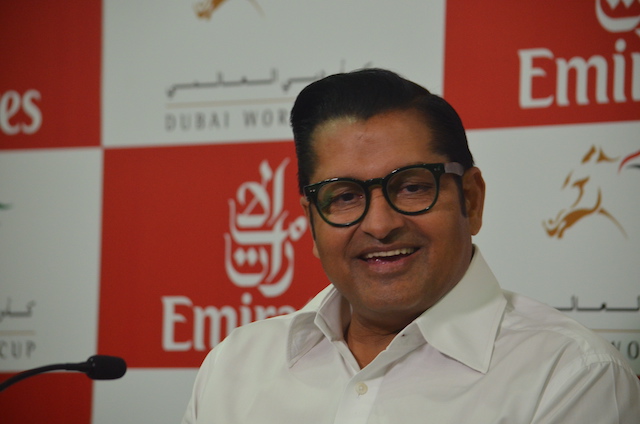 “It was perfect for him and the way he likes to run: jump out, dominate and catch me if you can,” smiles the trainer. “But I knew the race was over when he missed the break.”

Over indeed. The poor break by the seven-year-old son of super sire Dubawi cost not only his chances for a win, but resulted in a last-place finish.

“What happened last year will never leave me for the rest of my life,” the trainer remorsed.

“I’ll always blame myself because I should have had a person holding him in the gate and I should have known that the loud sounds from the crowd and the racetrack speakers would distract him. But these are afterthoughts and you can blame yourself all you want, but you have to move on. It’s just something that happens in life.”

So the pair have moved on in life to a chance at redemption.

North America is back for Saturday’s $12 million race at Dubai’s Meydan Racecourse again this year. He’s a year older, a year wiser and breaking better than ever. He easily won both the Maktoum Challenge Rounds 1 and 2, key preps for the Dubai World Cup. Seemar passed on the chance of a hat trick, skipping Maktoum Challenge Round 3. The rest delayed a return fourth-round date against Thunder Snow, winner of last year’s Dubai World Cup.

“Last year, we had to run in Round 3 just to qualify,” said Seemar, explaining his reasoning not to run North America in the third Maktoum Challenge. “We didn’t have to do that this year. He’s ready.”

Ready well enough to be among the favorites in a race filled with talent, but absent a star of the magnitude of past World Cup winners like Arrogate (2017), California Chrome (2016) or Curlin (2008).

Thunder Snow returns, seeking to become the first horse to win the big race twice. Kentucky Derby third-place finisher Audible could make some noise. The gutsy Gunnevera, a disappointing eighth-place finisher in last year’s race, but the Breeders’ Cup Classic runnerup, is back. Last year’s fourth-place finisher Pavel  is always a factor. Belmont Stakes runnerup Gronkowski had the World Cup in his datebook months ago and arrived in Dubai in February to prepare. There’s Japan’s Yoshida, the fourth-place finisher in this year’s Breeders’ Cup Classic. Hall of Fame jockey Mike Smith will pilot Seeking the Soul for trainer Dallas Stewart, and Maktoum Challenge Round 3 winning Godolphin speedball Cappezano may vie for the early lead with North America.

While some see it as a quasi-match race between North America and Thunder Snow, it is a contest any one of the 13 contenders can win.

Still, all eyes remain fixed on the co-favorites.

“There are no superstars this year. I know there are some good horses locally and from the U.S. But I think it is a very open race, it is anybody’s race. I happen to have a good horse, so I do think positively,” said Seemar.

Following his press conference, Seemar went off to the post-position draw where it seemed every indication points to a change in last year’s luck. He won first choice at the random draw and chose gate number 3. Trainer Saeed bin Suroor was only able to draw next-to-last choice for arch-rival Thunder Snow, landing in far-outside post 13.

Did the outcome of the draw suggest pending good fortune for North America and Seemar?

“Well, I am keeping a lid on my expectations because last year did not work out so well,” cautioned the trainer. “But we got 3, he got 13 and the race is on the 30th day of the 3rd month—so…” suggesting the stars seem aligned for North America.

Now if only he can catch a break.