Emanuel Andrade Returns to Instagram After Horses Seized by FBI 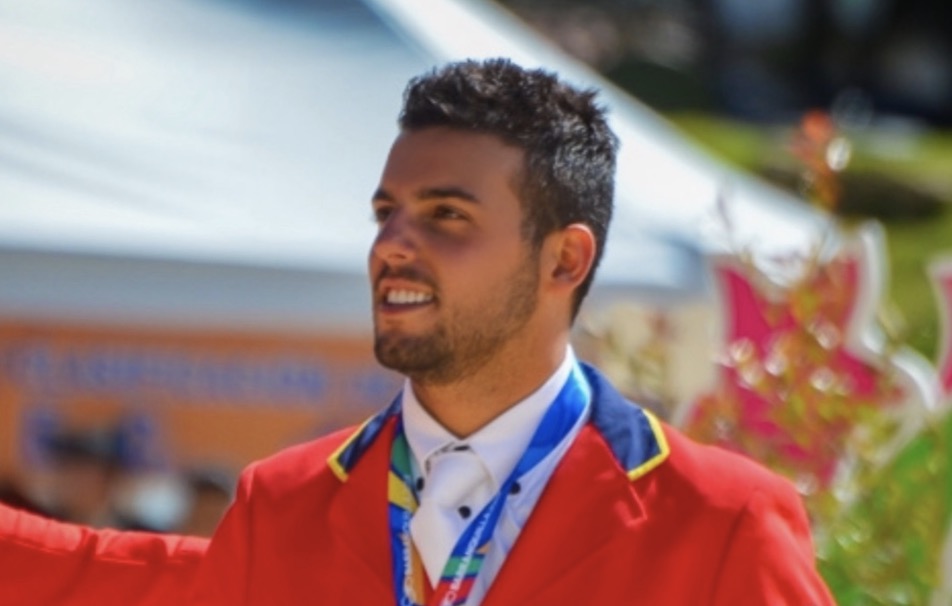 Equestrian Sport is in the mainstream media again this week!

The Miami Herald reports that the horses of Venezuelan Olympian Emanuel Andrade have been seized by the FBI in a federal money-laundering case against his father.

The abridged version of the story goes like this: Once upon a time, Emanuel’s father, Alejandro Andrade, was a bodyguard for former president Hugo Chavez. Like many hired muscle before him (read: none), he went on to become president of Venezuela’s national bank, where he used his position of power to procure over $1 USD billion in bribes. (ONE BILLION!) A considerable amount of that dirty money was spent on horses, horse properties in Florida, and more horses for his talented son at the expense of the extremely impoverished Venezuelan people; 87% of which currently live below the poverty line.

Fast forward to today: Alejandro has plead guilty to conspiracy on money-laundering charges. He’s also been named as a co-conspirator in separate federal money-laundering and bribery case against Venezuela-based TV network Globovision owner, Raul Gorrin. The forfeiture of his assets, along with $1 billion forfeiture money judgement are part of his plea agreement.

You can read Ann Glavan and Erin Gilmore’s excellent piece at Chronicle of the Horse to get up to speed on all the sordid details. We’re going to jump straight to Emanuel’s latest Instagram post for a peak inside what has to be a troubled young mind.

Five days after the Andrade’s Wellington, FL property was raided on November 17 and his 17 horses seized, the 22-year-old Olympian posted this podium photo from the 2018 Central American and Caribbean Games to his 76k Instagram followers with the caption “This is what I am.”

This is what I am

Which brings us to this point of rampant speculation.

Emanuel is not known for being verbose on Instagram. He prefers to let the images do the talking and typically only lends a few words and an emoji or three to his captions, so there’s loads of room for conjecture on that cryptic comment.

“This is what I am” could be taken to mean:

b) a champion equestrian

d) all of the above

Because if you were dealing with a parent facing up to 10 years in prison, the sudden loss of your entire string of horses and homes, and a future hanging in the balance of a court decision, chances are you’d be having some soul-searching thoughts right about now. Things like, Am I ever going to ride on a team again? Who’s jockeying to buy my horses RN? And probably a good deal of well founded fears about having a parent in prison.

We’ll have to wait for his next ‘gram to know more. It’s safe to say that whatever the future holds for Emanuel after this dramatic turn of events in the Andrade household, the shadow of his father’s sins is going to follow him for the rest of his life. And that seems like it’s own brand of tragedy. (Though admittedly not on par with living in poverty in Venezuela.)

Alejandro’s sentencing is scheduled for November 27.