Daniel Bluman Wins for the People 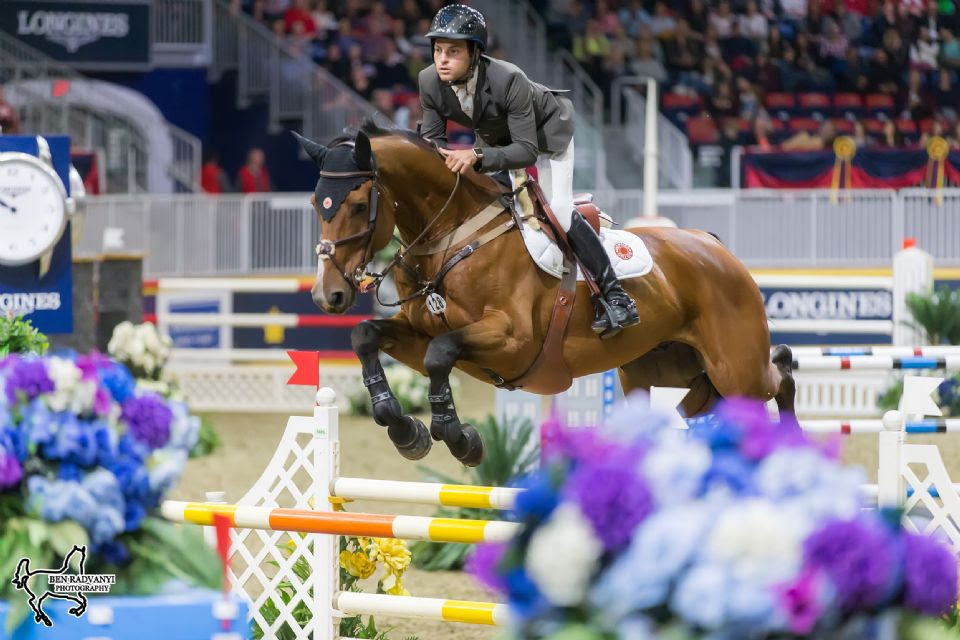 Most international riders come to the Royal Winter Agricultural Fair in Toronto for the prize money and FEI points. For Israel’s Daniel Bluman, it’s all about the people.

The Columbian-born rider has competed at the notoriously selective CSI4*-W nearly every year since Canadian Olympic gold medalist Eric Lamaze helped him secure an invitation in 2011. (Only 24 international riders are awarded spots, six of which go to Canadians.)

But it’s the crowd that keeps Bluman coming back.

“I really, really love it. It’s a fantastic city, and it’s a fantastic crowd. When you jump in a place that has a crowd and has an atmosphere, the whole energy changes and your desire to win also changes,” said 28-year-old rider and new father (Bluman and his wife Ariel welcomed a son in October).

“We go to a lot of competitions, but when you’re at a show like this, every class you compete in, you want to perform. Forget about the prize money, forget about the world ranking points, forget about anything else; you just want to be the best that you can be for the crowd. That’s what makes it fun!”

Win is precisely what he did on Thursday night. Riding Ladriano Z, Bluman captured the $85,000 GroupBy “Big Ben” Challenge, the first of the Big Three classes.

Last to return in the 11-horse jump off, the two-time Olympian posted a clear round in 32.34 seconds aboard the 10-year-old Zangersheide gelding. USA’s Devin Ryan rode his gold medal winning World Equestrian Games mount, Eddie Blue, to a clear round in a time of 32.53 seconds to finish in second.

“I had the advantage of going last,” said Bluman. “Devin’s horse is a very fast horse. It has pretty much the same weapons that mine has to win a class like this one. I won by a fraction of a second. I got lucky also. I could have been second place, but it was meant to be for me tonight.”

Catherine Tyree (USA) took third place with a clear round in a time of 33.32 seconds riding Bokai.