…And Poof! Reynaldothewizard Vanishes from the Racetrack *UPDATED* 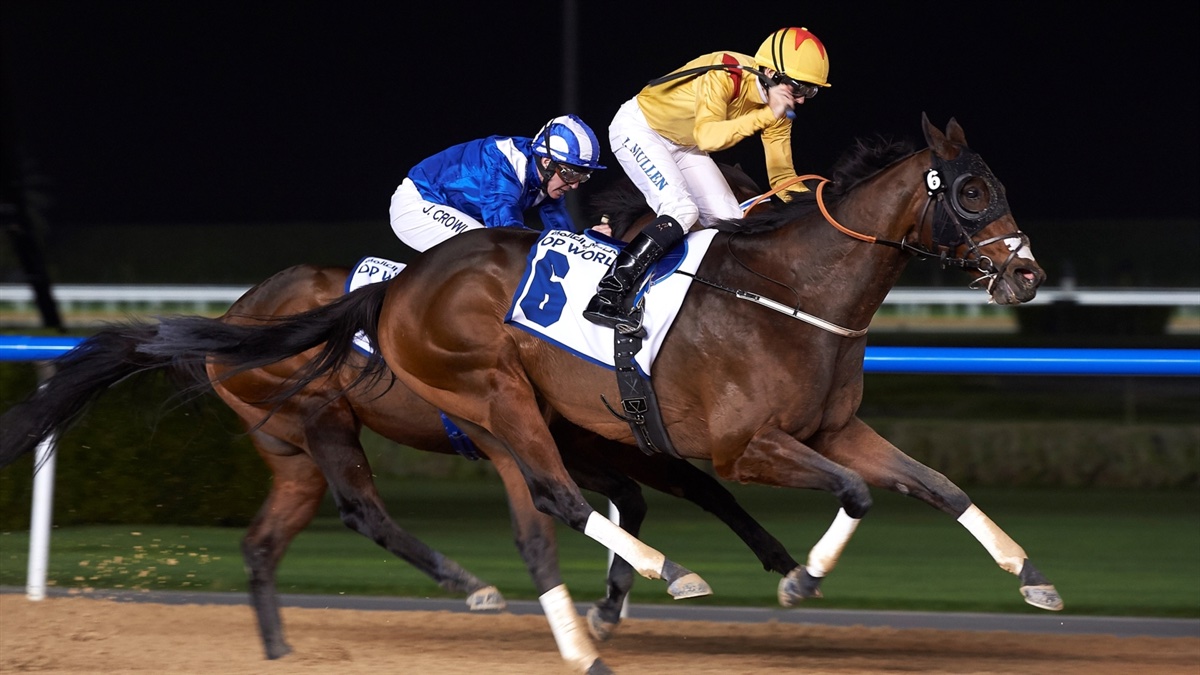 Swans glide across a large lake while a central fountain continuously sprays water.

Spring grass is green as the eye can see in all directions. A peacock struts across a gravelled path, unfazed by people, and the sound of chirping birds fills the quiet morning air. Barns, an exercise area and a large paddock dot the landscape. If not for the whimsical 21st-century buildings that constantly recreate the surrounding skyline, you would have no idea you were in the midst of an urban downtown. 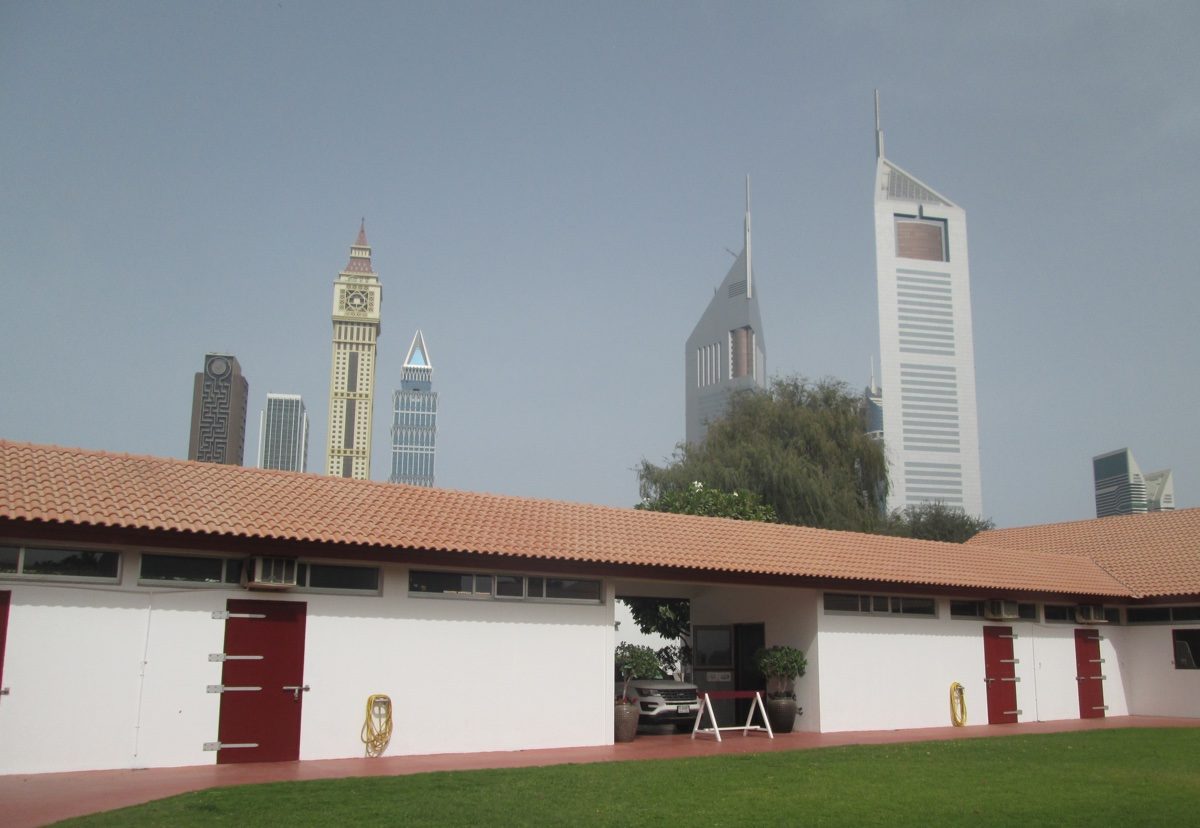 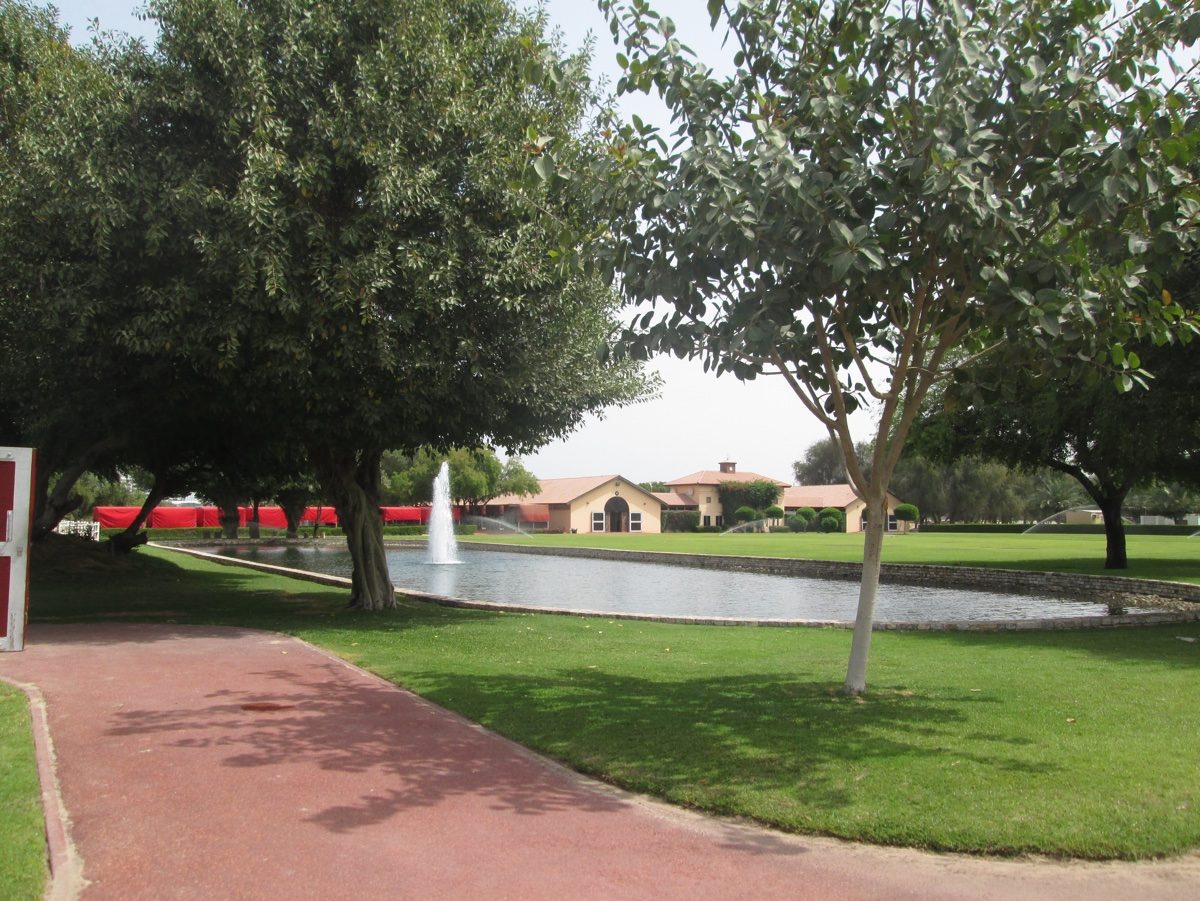 The lake and fountain at Zabeel Stable. ©Richard R Gross

Zabeel Stables appears like the mythical Scottish village of Brigadoon, nestled in the palm of one of the world’s newest cities and largest ongoing construction projects, Dubai in the United Arab Emirates (UAE). Though it serves as home to over 120 of the world’s most valuable racehorses, its most famous resident and unquestioned star since 2013 has been a wizard. 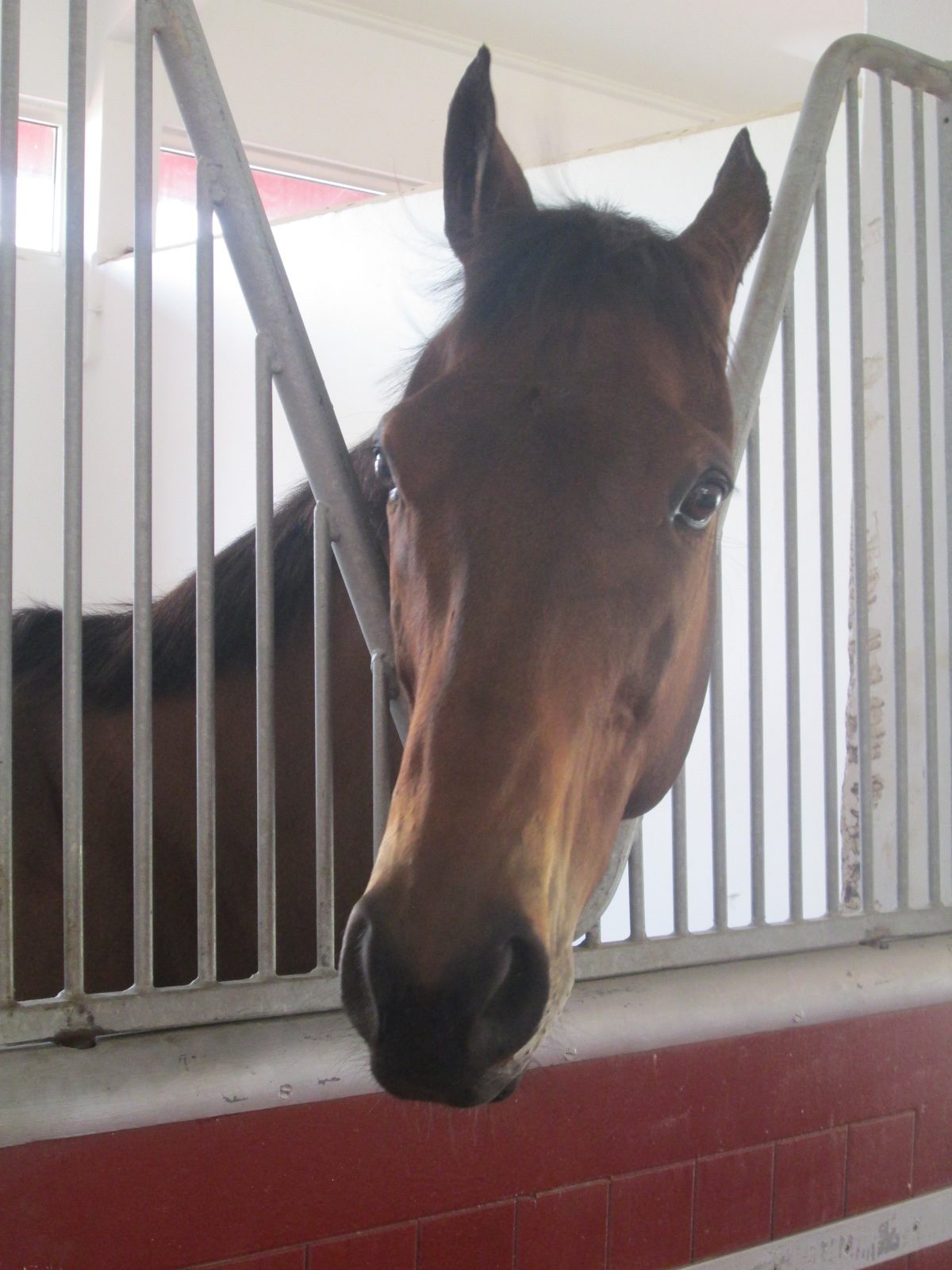 Reynaldothewizard is a 12-year-old bay gelding sired in Kentucky by Speightstown out of Holiday Runner. He entered the gate in the Dubai Golden Shaheen at Meydan for the 31st time on March 31st, Dubai World Cup day, the oldest known Thoroughbred still racing in Group 1 competition. He was in the gate because on January 18, he came from the back of the pack to finish a strong third in an attempt to win a fourth consecutive Dubawi Stakes, a Group 3 race newly elevated from listed status.

The effort did not start well.

“When he was last in the backstretch in that race, I was thinking about a retirement plan,” recalls trainer Satish Seemar. “But then he did what he does.”

What he does is what he did throughout his racing career, gut his way to becoming the most popular racehorse in Dubai, while helping put that city on the international racing map.

Seemar had a full hand drawn on World Cup night. In addition to Reynaldo in the Golden Shaheen, he had Raven’s Corner in the Godolphin Mile and Yulong Warrior in the Kentucky Derby-qualifying UAE Derby. Most anticipated was North America, expected to be a serious challenger in the $10 million Dubai World Cup after winning the Maktoum Challenge Round 3 over Thunder Snow.

But Raven’s Corner would finish eighth and Yulong Warrior seventh. North America would miss the break badly, and wind up at the back of the pack where he would finish last of 10 to winner Thunder Snow.

Nearly forgotten in the disappointment of that night would be Reynaldthewizard’s last place finish in his own last, perhaps overmatched, race. Soon after, Seemar announced the Wizard will now retire.

Reynaldo began racing in the U.S. as no wizard, finishing third as a two-year-old in the Group 2 Saratoga Special. It would be a few victories and another four years before he earned a Group 1 Breeders’ Cup Sprint gate in 2012 and a somewhat forgettable fourth  place finish.

But then, presto! His luck would change with a move to Dubai, where he would sparkle at the new racetrack, Meydan, in this new city where imagination of the possible has the feel of magic.

In his first year at his new home, Reynaldo would win the Group 3 Al Shimaal sprint and qualify for the Dubai Golden Shaheen, the race that would become his lone Group 1 win in underdog 10-1 fashion over Balmont Mast, Australian favorite Mental and American Breeders’ Cup Sprint Champion Trinniberg.

In 2015, with Meydan switched to dirt from its original artificial Tapeta surface, he would win the Group 3 Al Shindagha Sprint and his first of three consecutive Dubawi Stakes wins, the last as an 11-year-old. In 2018, he would finish third in both the Al Shindagha Sprint and Dubawi Stakes. Even a wizard has only so much magic left in an ageing wand.

“The Old Boy”—a term of endearment, not derision—”doesn’t want to run anymore,” says Seemar. “He is sound and healthy. It is time.” He says it with a touch of sadness and remembrance of glories past.

Reynaldothewizard earned 11 victories, two places and five shows while banking over $2.2 million in his career. He became a winner at an age when most Thoroughbreds would have been long retired. He was a touchstone for local racing fans in Dubai, adding charm and heart to a city known mostly for its glamour and glitz. 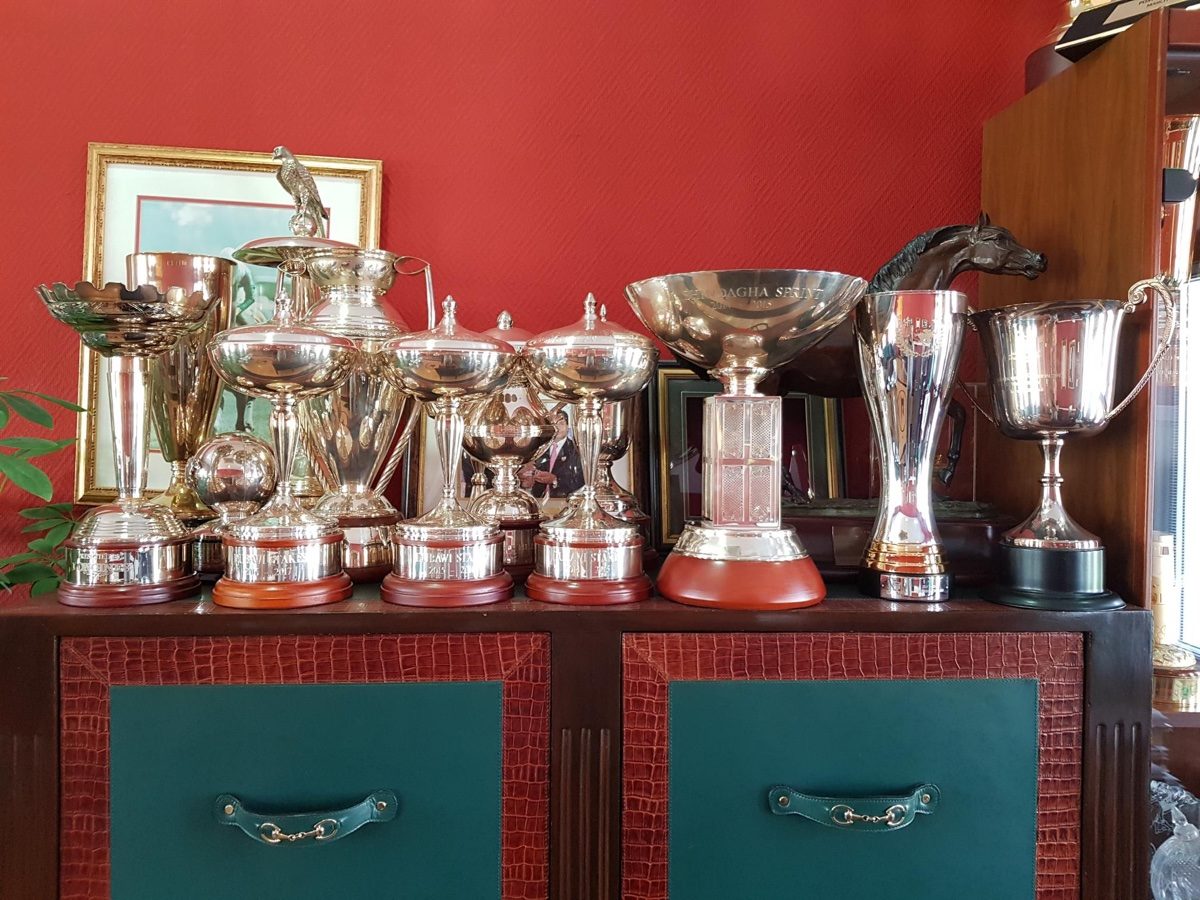 During the week leading up to the Dubai World Cup, rumors of the Wizard’s imminent retirement circulated among the racing cognoscenti. While not confirming the inevitable, trainer Seemar conceded that interest in serving as Reynaldo’s retirement home was worldwide.

“He likes sun,” said Seemar, as hopes grew among his stable staff that he will remain in Dubai.

“We have sun!” lobbied people from California.

Old Friends in Georgetown, Kentucky and Seemar have been in constant contact.

The decision about where he will retire will come this summer, when Zabeel Stables is at its warmest and sunniest, giving staff the hope he may live out his days in Dubai. But wherever he goes, one thing is certain as Reynaldothewizard vanishes from competitive racing: like mythical Brigadoon, which appeared for only one day every 100 years, it may be that long a time before the Thoroughbred world sees his like again. 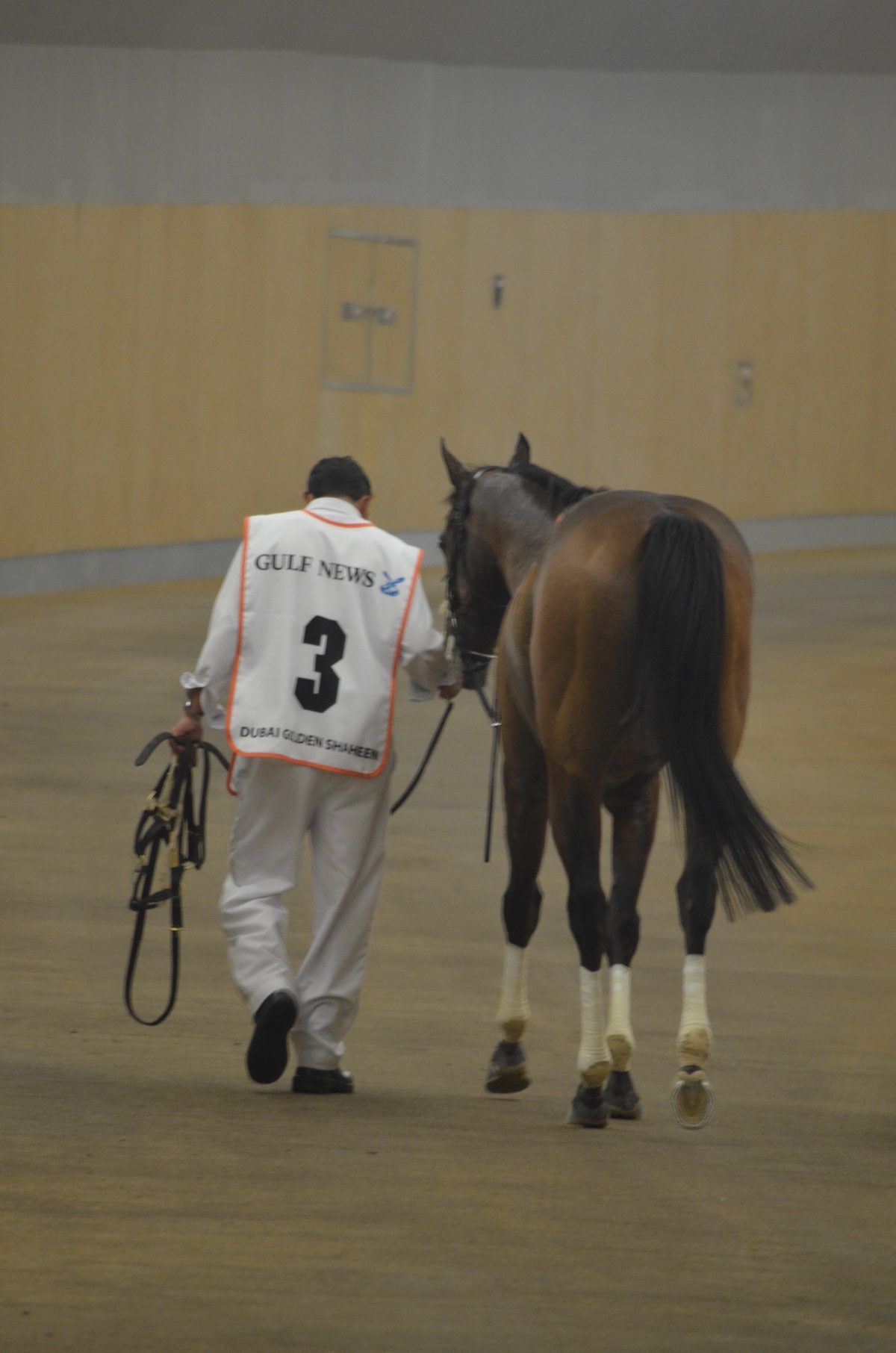 Zabeel Stables in Dubai has confirmed Grade 1 winner Reynaldothewizard will be pensioned to the Godolphin retirement facility in the UK. He is said to be getting his own paddock and the same level of care he received during his racing career.