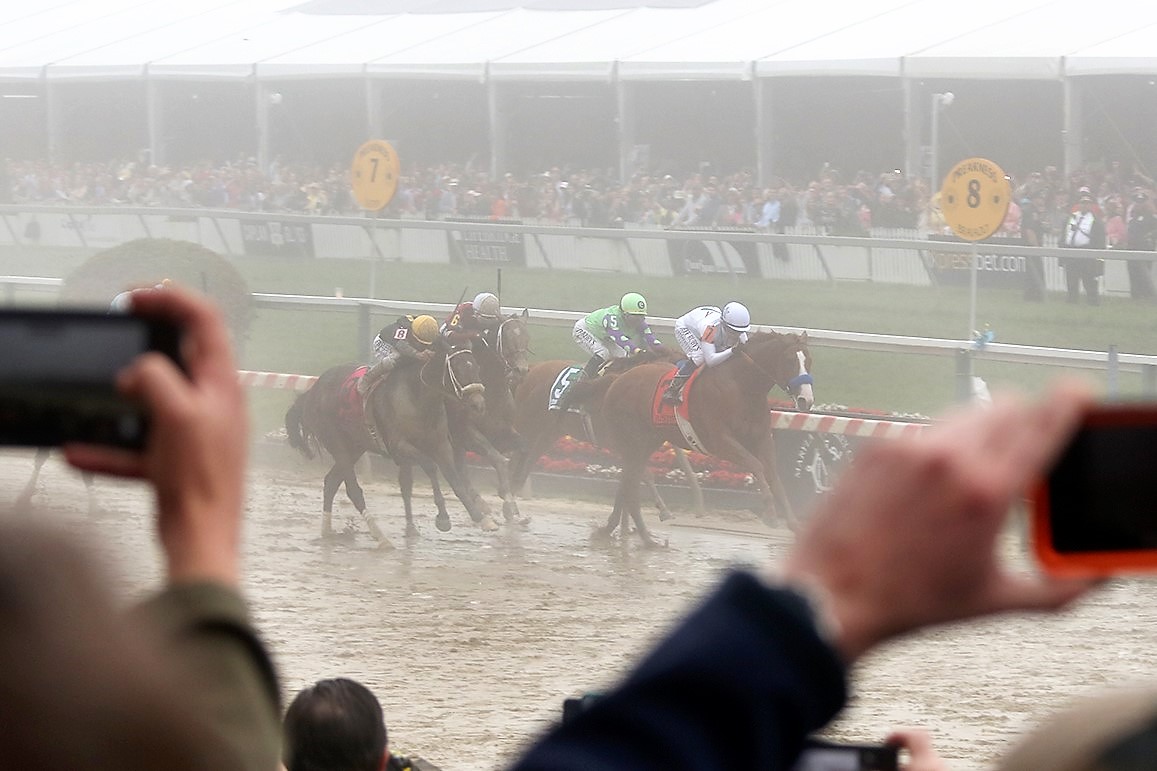 They will have to run the race before they give him the trophy—and the Triple Crown—but Justify has magnified historical odds by drawing post position #1 in Saturday’s Belmont Stakes.

Following the draw, trainer Bob Baffert hid any evidence of glee, downplaying what is often considered a poor position in most races, commenting with a wry laugh “My horses seem to live on the rail.” That’s not entirely true since American Pharoah drew post position #5 in his winning bid for the Belmont Stakes and the 2015 Triple Crown.

While the rail position can be difficult if there is a bad start, it is the shortest distance between two very distant points in the 1 1/2 mile Belmont. It is of particular benefit on the wide sweeping turns unique to “Big Sandy.” So, the farther out from the rail position, the longer the historical chances of winning.

Justify remains a prohibitive favorite, but his fast-closing challengers in the Preakness drew somewhat favorable posts, Bravazo in post  #3 and Tenfold in post #7.

Here is the full post position lineup with the post draw odds and a bit of history:

Saturday’s New York weather forecast calls for a 65% chance of rain showers with the chance of a Triple Crown.