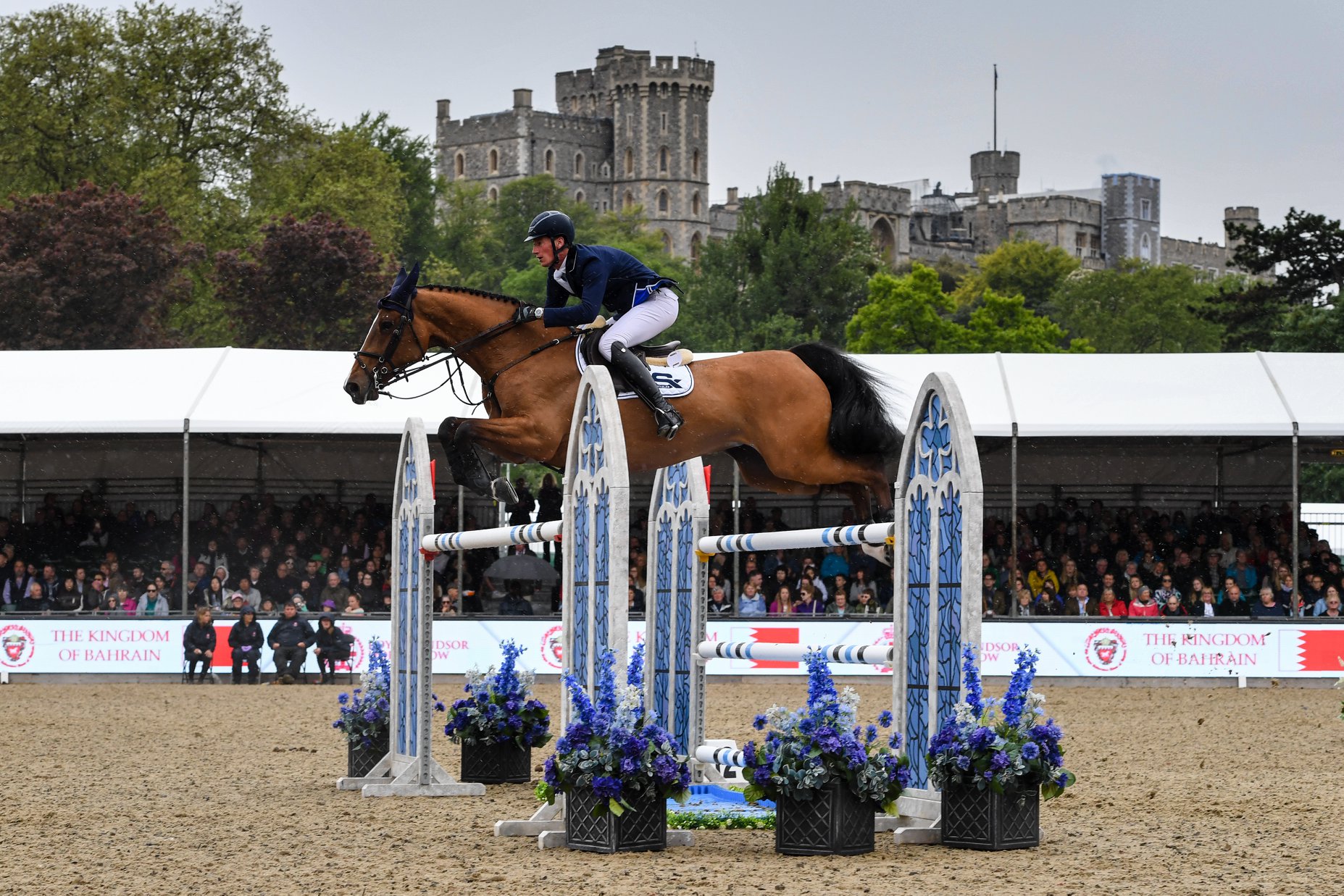 Germany’s Daniel Deusser made his debut at the Royal Windsor Horse Show in the UK this weekend and, in a matter of days, has already won two five star classes and met the Queen of the Commonwealth.

So, you could say it’s going rather well.

Fifth to go in the 16-horse jump off, the 36-year-old rider and fourteen-year-old mare shaved 0.15 seconds off the leading time set by Canada’s Eric Lamaze and his Rio Games partner Fine Lady 5 with a deceptively quick round. Their time of 37.63 seconds would prove unbeatable.

“I am very happy with my horse, Equita Van T Zorgvliet, I know she has a very big stride and is naturally very fast,” said Deusser. “I saw a bit of Eric’s round, so I knew I had to try hard to beat his time, but everything went well and I’m really happy about that.”

Presumably less happy about it was Lamaze.

On Saturday, the German again led the victory gallop with Equita Van T Zorgvliet, capturing the 1.55m CSI5* Kingdom of Bahrain Stakes For The King’s Cup.

Last of the 10 horses to return for the second round, Deusser and Equita Van T Zorgvliet were the only pair to come in under 36 seconds, nailing all the turns and striding out between the fences to post an exceptionally quick time of 35.51 seconds. The German won the blue ribbon and the chance to meet Her Majesty The Queen.

“It’s turning out to be a good show for me this week, I’m wondering why I haven’t been here before!” said Deusser.

“I’m really happy with how it went today, I managed to make a couple of really tight turns, so I thought I was quick, but I knew Robert’s horse was big striding, so I couldn’t relax. The win is extra special as I will now get to meet the Queen, which is a great honor and I am really looking forward to it.”

No word on what pleasantries were exchanged between Her Majesty and our German champion, but the smart money is on “My, yer a tall lad.”