North America Dominant in the Desert 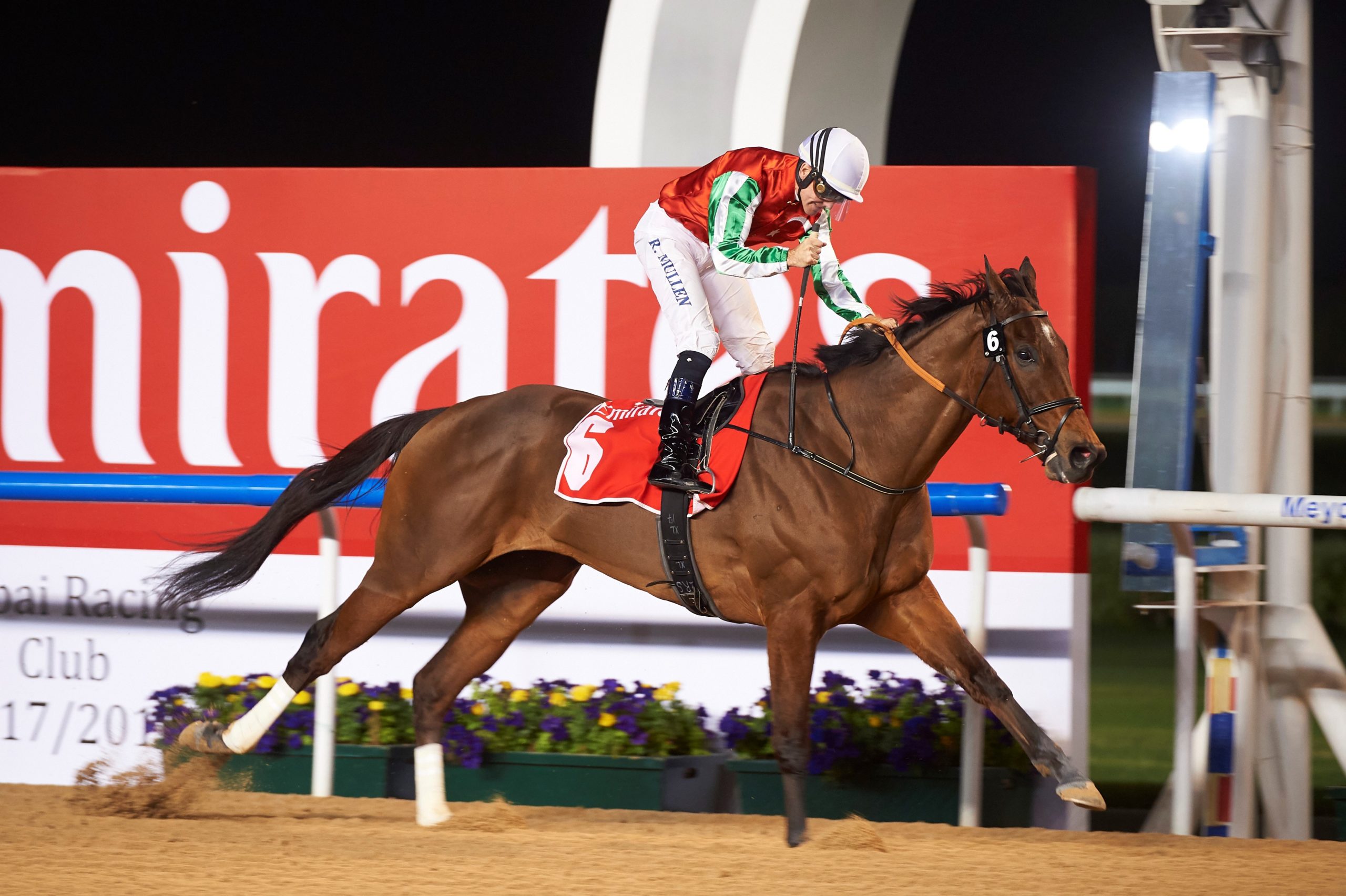 Super Saturday at Meydan is meant to separate Dubai World Cup contenders from the pretenders and it certainly did that as North America gobbled a gate-to-wire 5 1/4-length victory over Thunder Snow in the featured 1 1/4-miles dirt Al Maktoum Challenge Round 3. Multiple Group 1-winning Chilean mare Furia Cruzada finished another 3 3/4 lengths off.

Three former winners of the Maktoum Challenge Round 3 have gone on to Dubai World Cup glory in the same year: Dubai Millennium (2000), Street Cry (2002) and Electrocutionist (2006).

“I just wanted to get him into a rhythm; not necessarily to lead, but we broke so well, I was able to get to the front and he was always happy,” said jockey Richard Mullen of his trip. “Obviously the Dubai World Cup is going to be a stronger race.”

Stronger indeed. The $10 million Dubai World Cup will have former UAE Derby winners Mubtaahij, Toast of New York and this year’s runner-up Thunder Snow in the gates. Seasoned American runners West Coast, Hoppertunity, Collected and Gunnevera all are expected to join the fray. The 2017 Breeders’ Cup Turf winner Talismanic will make the switch to dirt for the big race, while 2017 Breeders’ Cup Distaff winner Forever Unbridled will attempt to be the first female in the Dubai World Cup Winners circle.

Super Saturday’s featured turf race was the 1 1/8-miles Group 1 Jebel Hatta and the race was a super battle with the lead changing several times before Godolphin’s Blair House kept stablemate Benbatl out of the winner’s house by 3/4 of a length with Janoobi a head back and Promising Run a length short of greater promise.

The winner will be aimed at the $6 million Dubai Turf in three weeks. “It will be a stronger race,” affirmed trainer Charlie Appleby, “but he owes us nothing now after this performance.”

“We stepped him up in class, and now he’s a Group 1 winner!” exclaimed the winner’s joyous pilot, James Doyle.

The card opened with the middle leg of the UAE Triple Crown, the listed Al Bastakiya over nearly 1 1/4 miles of Meydan dirt, won in stunning 11 1/2-lengths’ fashion by Yulong Warrior over Nordic Defense with Rua Augusta another two lengths off.

“There should be more to come from him in the UAE Derby,” said winning jockey Mullen. “Fingers crossed.”

Jungle Cat clawed his way to a 2 1/4-lengths win over Ertijaal with Top Score the third score a short head behind in the six furlong Nad Al Sheeba turf sprint.

Hawkbill closed the lights on Super Saturday at Meydan in the 12-furlong Group 2 turf with a triple Godolphin finish, holding a head over stablemate Frontiersman with fellow Godolphin Gold Star earning only a bronze star off another five lengths. The closing victory gave hometown Godolphin another triple-win evening in another successful Carnival season.

Next up: $30 million is on the plate March 31 as Dubai World Cup day, the world’s richest race date, returns with nine contests, including a Dubai World Cup that promises to be among the most competitive and unpredictable in recent years.