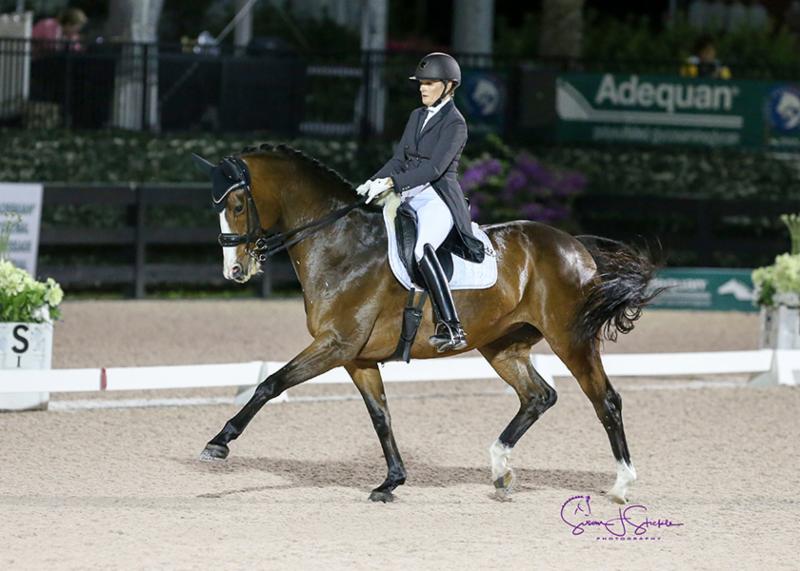 “People always told me that when you get a mare that’s amazing, they’re really amazing. I’ve had a few mares who weren’t so amazing, so I didn’t really believe them,” said three-time Olympian Ashley Holzer (USA).

Week 7 at the Adequan® Global Dressage Festival (AGDF) in Wellington, FL has proved no exception.

“She’s so green, but she just keeps trying for you. I came into the piaffe [in the Grand Prix] and she got a bit stuck, but she’s so smart that I asked her to move a little forward and stay in piaffe, and she said, ‘OK’. At the end I thought, ‘My horse rocks!’” enthused Holzer.

Owned by Diane Fellows, Holzer has had the ride for less than a year. Havana 145 previously campaigned under Germany’s Jessica von Bredow-Werndl.

“When we tried her it was for Di,” said Holzer, “and Di said she had to have her because she was like riding a dream, but I told her she didn’t really need a fancy grand prix horse. She suggested I ride her for a few years, and then she takes over. Havanna has exceeded every expectation in the short time we’ve had her.” 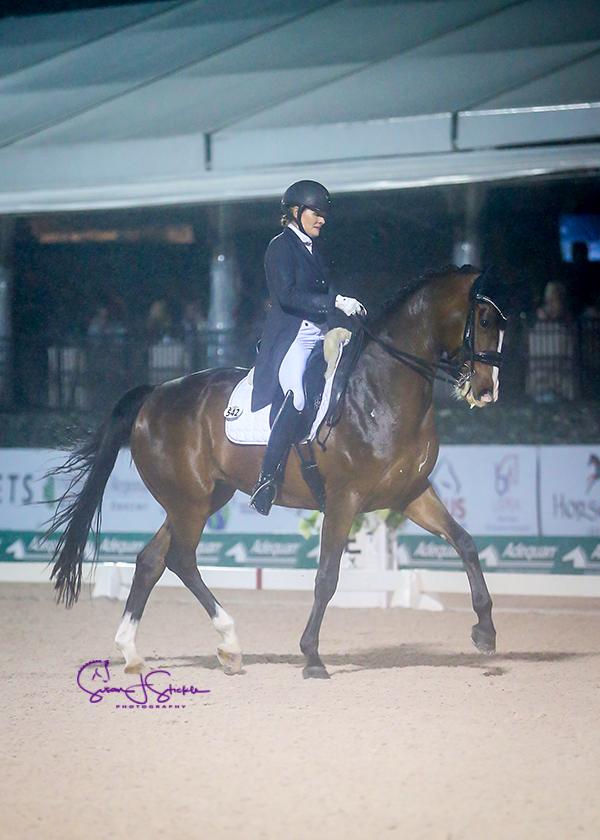 Holzer plans to debut three brand new grand prix horses at the AGDF, with the hope of making it into the top eight to join the American squad in Europe ahead of selection for the FEI World Equestrian Games (WEG) in Tryon this September. As a new American (Holzer previously rode for Canada), it would be her first championship riding for the red, white and blue.

“It’s amazing to me that at my age [54] I can still get on and go round this ring and have the best, most fun time,” said the three-time Olympian. “I watched [American winter Olympics skier] Lindsey Vonn’s speech when she had finished her last downhill race and she said she can’t keep going because her body can’t take it, and she was crying. I thought to myself, ‘Wow, how lucky am I that I get to keep going?’ I feel very fortunate.”

Want more on Ashley Holzer? Listen to her tell the story of the moment she caught the horse bug.