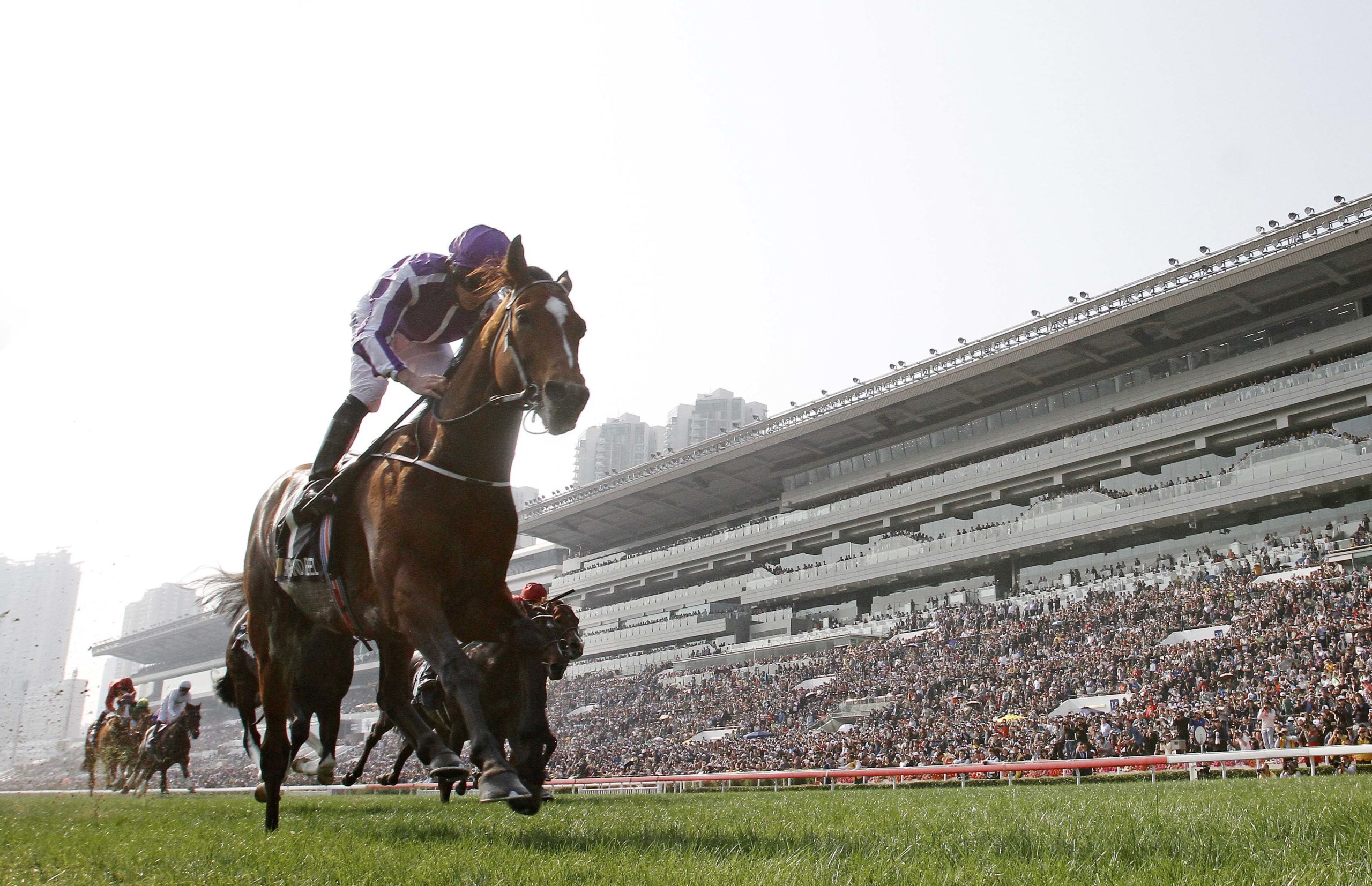 In their 2007 hit film “The Bucket List”, terminally ill buddies Edward (Jack Nicholson) and Carter (Morgan Freeman) set out to see the world before theirs ends. Among their stops is Hong Kong for “silk suits and black walnut ice cream.” While the tailors are justifiably famous and the ice cream famously yummy, today the pair might have chosen to visit Hong Kong on Sunday to take in the Longines Hong Kong International Races before heading home.

The 94,560 attendees who did attend the HKIR saw seven-time Group 1 winner Highland Reel end his career and head home for the last time from the turf track at Sha Tin with a second victory in one of the day’s and turf racing’s signature year-end events, the 2,400-meter $2,300,000 Hong Kong Vase.

The victory was sweet revenge for the 5-year-old son of Galileo from his third-place finish in last month’s Breeders’ Cup Turf won by Talismanic, second in Sunday’s Vase after a late run fell short by 1 1/4 lengths. Japanese runner Tosen Basil made a late charge to gain a third-place finish over Chemical Charge.

“I was always confident,” said winning jockey Ryan Moore. “He’s the sort of horse that, once he gets into a fight, he’s almost always going to prevail. He was comfortable and going away at the finish.”

Globe-running Highland Reel has raced in the U.S., England, Ireland, France, Australia, Hong Kong and Dubai. He is the all-time European earning champion with US$10.4 million pocketed in 10 wins over 27 starts. He is now officially retired from racing to begin a second career siring Champion hopefuls at Coolmore Stud Farm, Ireland. For winning trainer Aidan O’Brien, the victory was surely bittersweet. “He’s a very special horse, irreplaceable, really. We were lucky to get another year from him.”

The Vase was one of four Group 1 goblets up for grabs. The 2,000-meter, US$3.25 million Longines Hong Kong Cup saw local-runner Time Warp take the early lead and win in warp-speed by 2 1/4 lengths over former Hong Kong Horse of the Year Werther, with Japan’s Neorealism third. It was the first Group win for the 4-year-old son of Archipenko.

Asked if he saw any horses in pursuit, winning rider Zac Purton joked “There were a couple behind in the gates and then pulling up after the race, but I don’t know where they were in between.” It was the third Longines Hong Kong Cup win for local trainer Tony Cruz (California Memory, 2011-2012).

Beauty Generation took the early lead in the US$2.95 million Longines Hong Kong Mile and ran at a comfortable pace to take an easy one-length win over Western Express. Helene Paragon and favored Seasons Bloom finished out the top four.

The win was a local feel-good story for 29-year-old rider Derek Leung, who garnered his first Group 1 win and became only the second graduate of the Hong Kong Jockey Club’s Apprentice Jockeys’ School to win a year-ending Hong Kong International Race. The win was the seventh for legendary trainer John Moore and his third in the Mile.

“I was given an opportunity and was glad to take advantage of it,” said joyous Hong Kong-born Leung, who was loudly cheered by the huge crowd. “I’m always trying to prove myself and can only hope there will be more international winners in my future.”

Favorite Mr. Stunning sat off the pace and grabbed the lead with 300 meters to go and pinned D B Pin by a neck in the 1,200-meter, US$2.4 million Longines Hong Kong Sprint. Blizzard, Lucky Bubbles and Amazing Kids finished out the top five.

“My horse was in a lovely rhythm,” said jockey Nash Rawiller, who snared his first Group 1 win in three years. “They talk about the racing gods; well, this was definitely in the hands of the racing gods.” The race was a historic quinella for trainer John Size who saddled all five top finishers. 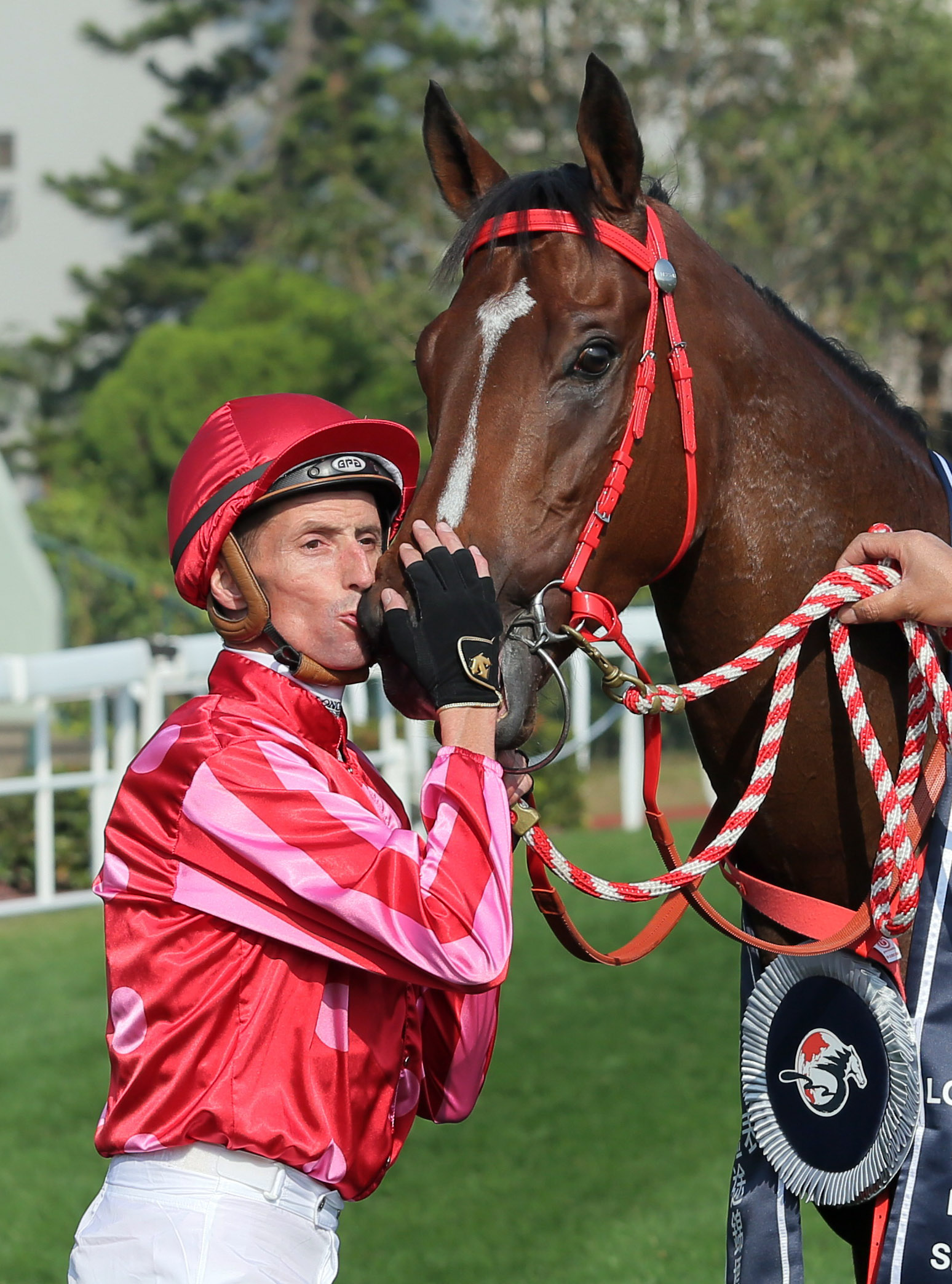 The Longines Hong Kong International Races fills race fans’ time between the November Breeders’ Cup races, the January 25 announcement of the Eclipse Awards and the prep races for the Triple Crown in the U.S.