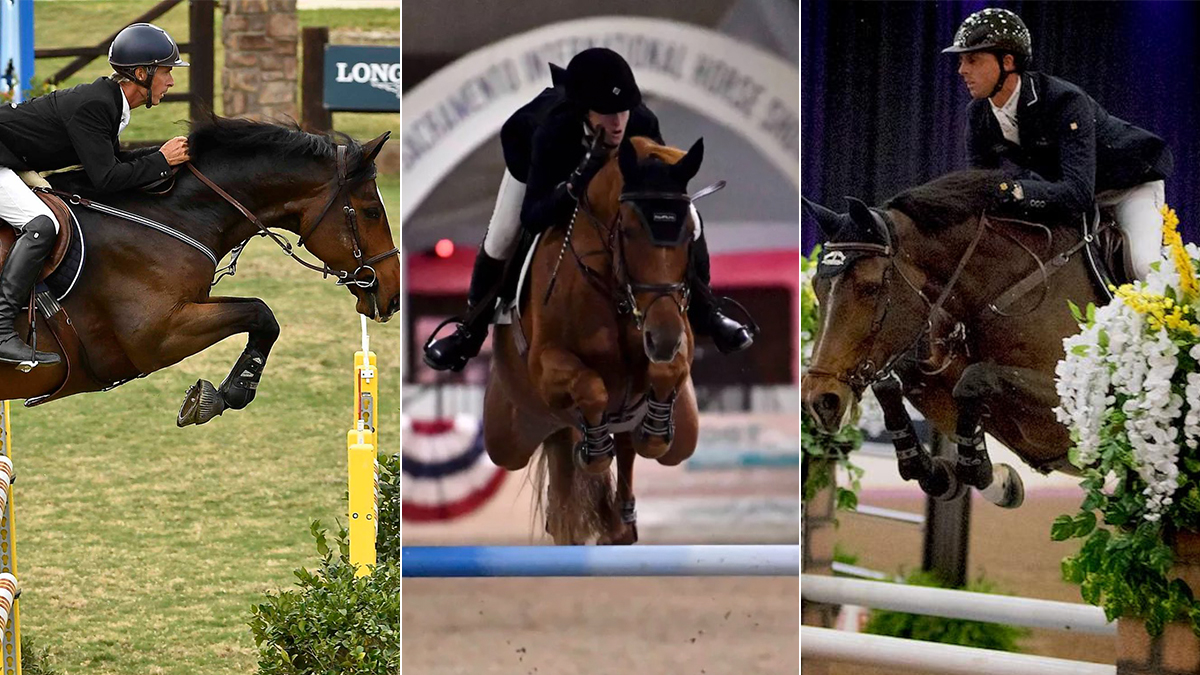 Who will win the Longines FEI World Cup™ Jumping Las Vegas? We called in equestrian sport scientist, Dr. Tim Worden, to pick his top three contenders. Dr. Worden has a PhD in biomechanics from the University of Guelph, Canada and specializes in the translation of human high-performance training theory and techniques to equestrian athletes. He, like, knows stuff.

The World Cup in Las Vegas will be unique as a number of prominent East Coast riders head west to compete in what should be an exciting showdown.

For riders who predominantly show on the either the west or east coast it is an opportunity to compete against some fresh faces. Last year the class was won by Germany’s Christian Heineking who is back this year to defend his title. However, only three of the top 10 finishers from last year are in attendance this year, so we will get to see some new faces in the money this week.

The more I watch this pair the more I like them. I picked Chatinus and Richard Spooner (USA) to do well a few weeks ago in Del Mar and they did not disappoint, making it to the jump off and finishing up in fifth. On Thursday, the pair had their first rail together in a non-jump off round (although it was a speed class). For a young partnership, they are extremely in tune and I expect their high percentage of clear rounds to continue this evening in Las Vegas! 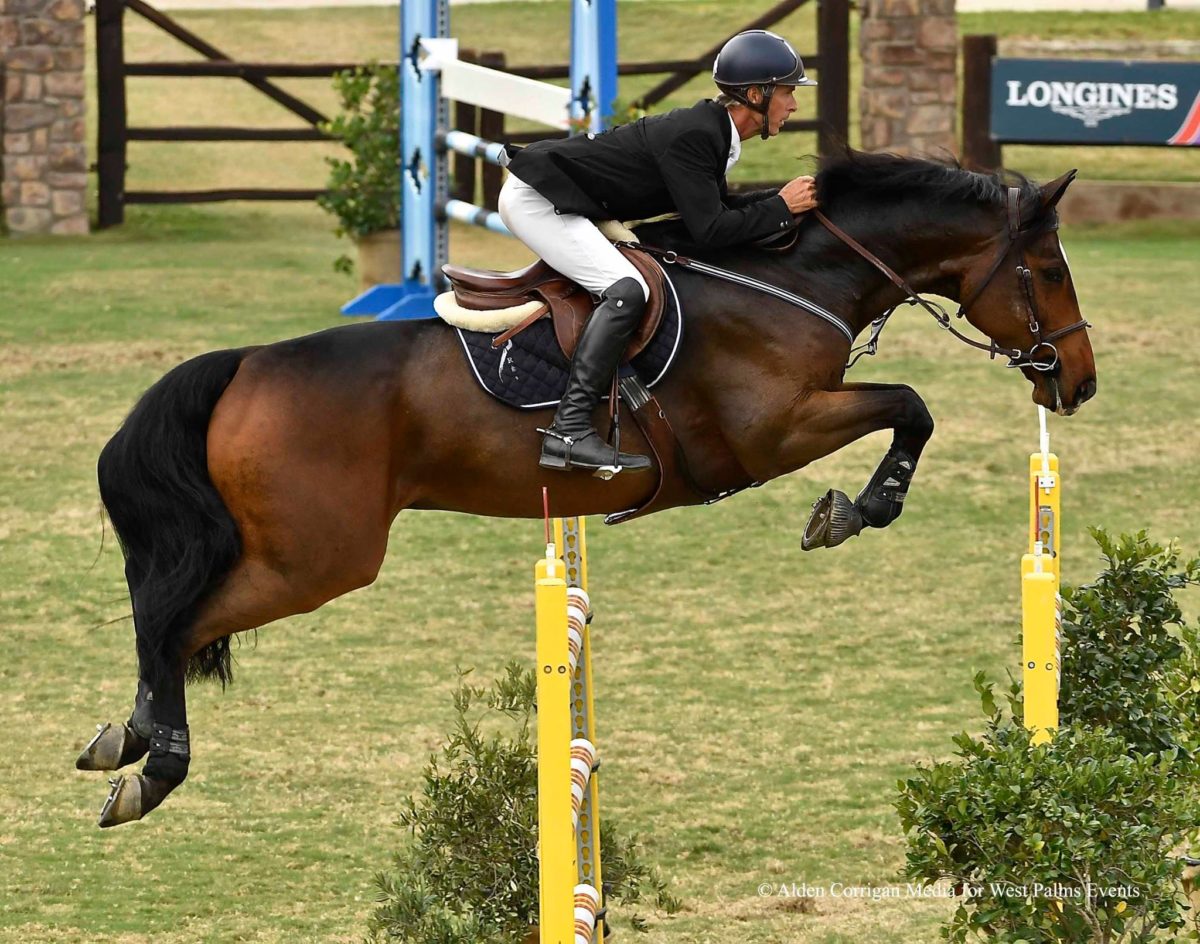 Strengths: Spooner knows exactly what ride to give Chatinus, and his experience is on full display as he rides. I was watching the Horse Network livestream and the commentators were absolutely correct with their analysis of the pair. I feel everything Spooner does in the saddle is designed to put the horse in the best position to do well. This is in contrast to many top riders who try to make a horse fit into their individual riding style. The horse seems to judge the jumps well, clearing them efficiently and effortlessly.

Weaknesses: A few weeks ago I said: “A few times in the class yesterday it looked like there was some miscommunication between horse and rider on the course, although Spooner did a great job at solving these issues quickly.” Miscommunication appeared to be an issue on Thursday and may have led to their rail. Chatinus looked a bit unsure over a few jumps, and although Spooner gave a great ride, it ultimately caught up with them at the third last jump on course. Chatinus has had another two days to settle since Thursday’s class and I expect the issues we saw on Thursday will not be present when the pair compete tonight.

Serise du Bidou and Alison Robitaille (USA) are a safe pick to perform well today because of how strong they have looked over the back half of the season. This pair has been in the top ten in nine out of their last 14 outings and looked especially strong in the month of October. They have competed in two World cup Qualifiers so far this season, finishing eighth in Sacramento and fourth in Del Mar. I am looking for them to take the next step this week with a top three result! 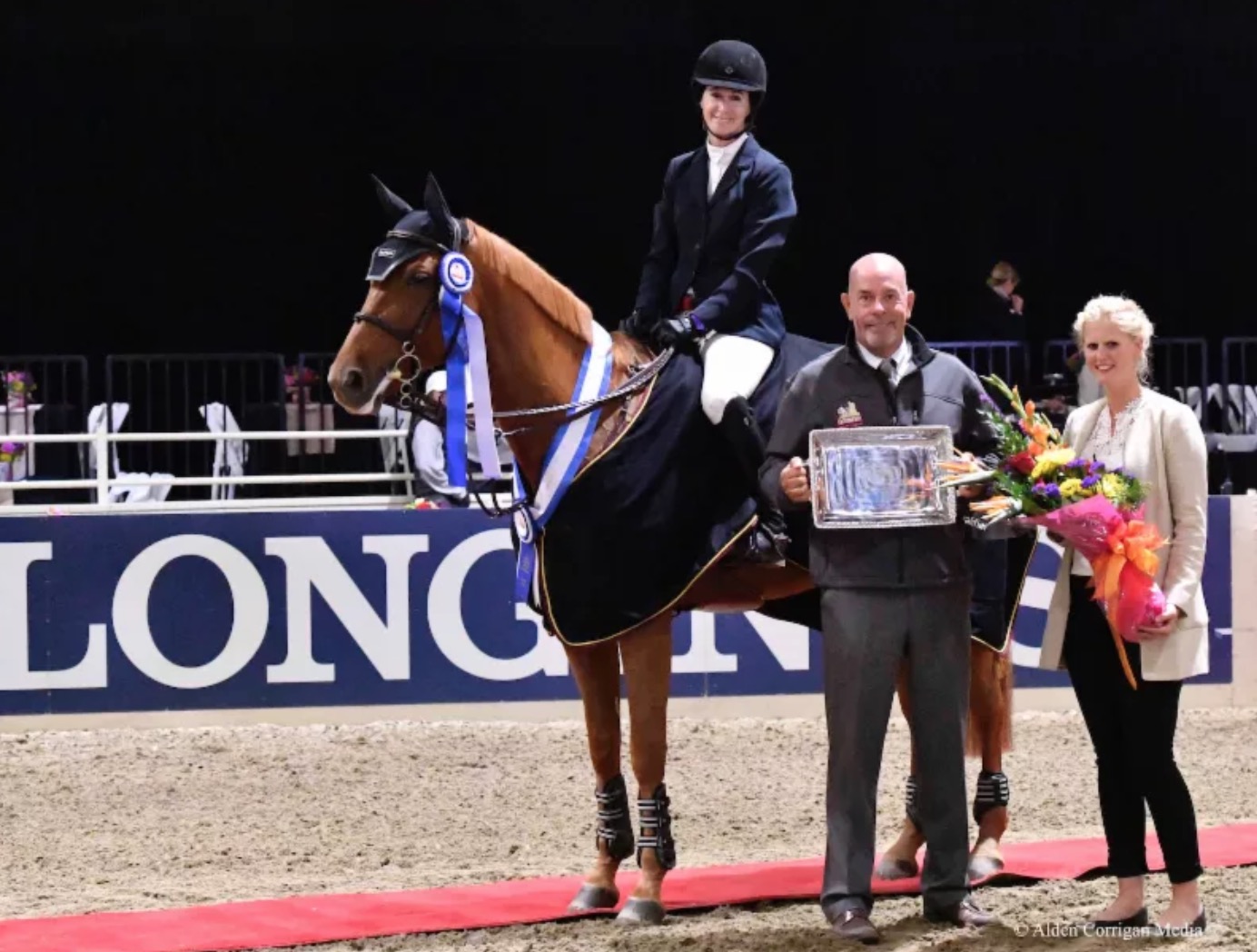 Strengths: This 11-year-old mare is powerful and careful. She jumped very well in Thursday night’s class and looked comfortable with the jumps and in the ring. Robitaille is an experienced rider and has a great partnership with Serise. Another advantage is their comfort with speed. They seem to jump better when they can approach the jump with a bit of pace—a perfect scenario to put in a quick jump off round.

Weaknesses: Serise and Robitaille did have a rail in Thursday night’s speed class but I am not worried about that. It was towards the end of the course and Serise jumped a bit flat knocking the front rail of an oxer going into a double combination. It was an uncharacteristic mistake for the pair and I don’t anticipate it happening this evening. If I had to assign a weakness it would be that Serise jumps better off a bit of pace, thus, if there is a wide oxer on course that they don’t get a forward approach to, it may come down.

Tipsy Du Terral and Ben Maher (GBR) are a relatively new partnership, with Maher having taken over the ride from his student Emily Moffitt. The ten-year-old bay mare was jumping impressively in Thursday’s speed class, but some miscommunication on a tight rollback led to a refusal and a subsequent rail. I think that in a conventional Table A class (like this evening’s World Cup Qualifier) they’ll be more comfortable and will put in an easy clear round. 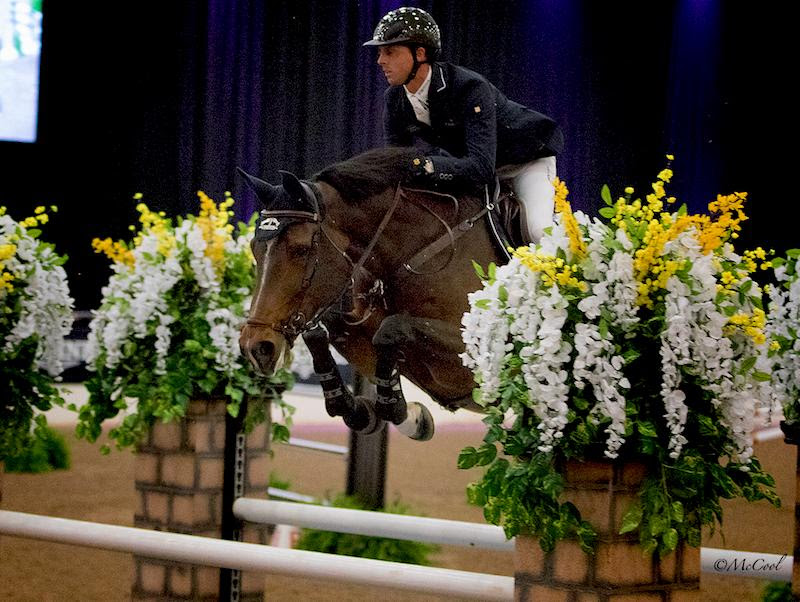 Strengths: Tipsy is explosive over the jumps clearing them by a wide margin and has experience jumping big classes around the world. The mare is clever and looked quite comfortable jumping indoors on Thursday. Of course Maher is an Olympic Gold medalist and former number one world ranked rider, so you know he has the expertise to answer any of the questions a course designer will pose this evening.

Weaknesses: The miscommunication leading to the refusal in Thursday’s speed class was an artifact of Maher and Tipsy going for speed, which shouldn’t be an issue in this evening’s class. However, the pair are on a current streak of six straight four fault rounds. It is interesting to note that these four fault rounds have come in both 1.45m and 1.60m classes, indicating that the mare isn’t more likely to have rails down because of the size of the jumps. If Maher can keep the mare focused on the task I expect the four fault streak to end this week in Las Vegas!

Cassinja and Charlie Jacobs are my wild card pick because although they have had some terrific results this year they have lacked consistency. The duo have competed in four World Cup Qualifiers so far this season, making it to the jump off in two of them while having two rails in the other two. So the result this evening really depends on which Cassinja and Jacobs show up: The clear round jumping pair or the eight fault jumping pair? They were jumping well on Thursday, so I am hoping it is the clear round pair tonight! 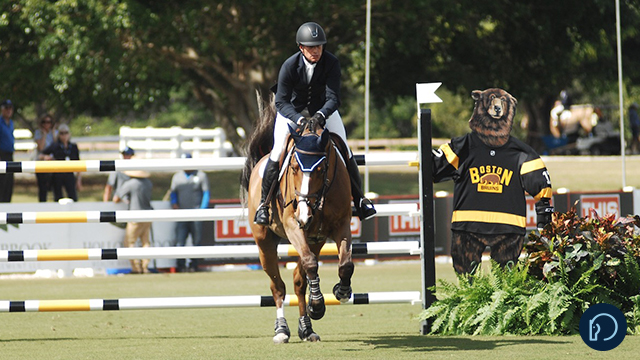 Strengths: The 11-year-old mare is a great match for Charlie, and the pair has experienced a number of great results together. Top results at Spruce Meadows this year highlight their season, including a second place finish in the $380 000 Grand Prix in Calgary back in June. If they can jump the big classes in Spruce, you know they have the potential to jump any track in the world. It is their third year together, and I am expecting them to continue developing into a strong and consistent partnership.

Weaknesses: As previously mentioned, inconsistency is the big weakness for this pair. On some days they look unbeatable and the rounds look effortless. However, their competition history is littered with a number of eight fault rounds as of late. Inconsistency often precedes mastery, so I am hoping Cassinja and Jacobs are close to a breakthrough! Given how well they have jumped in a few classes recently they are my wild card pick! 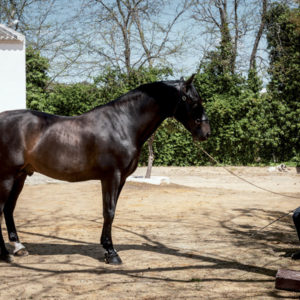 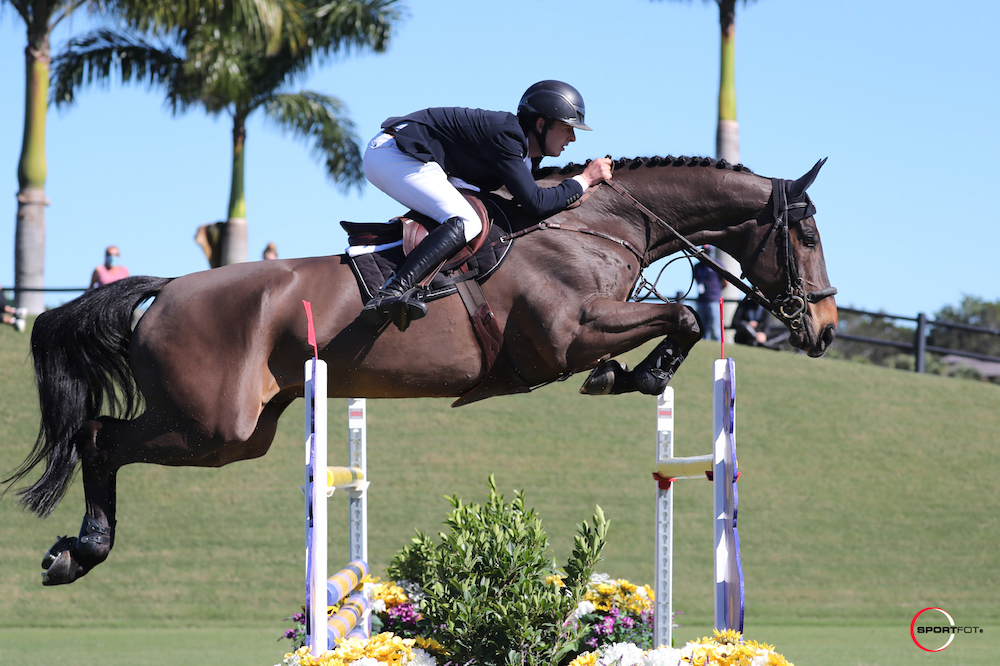