An Emotional Win for Abigail McArdle 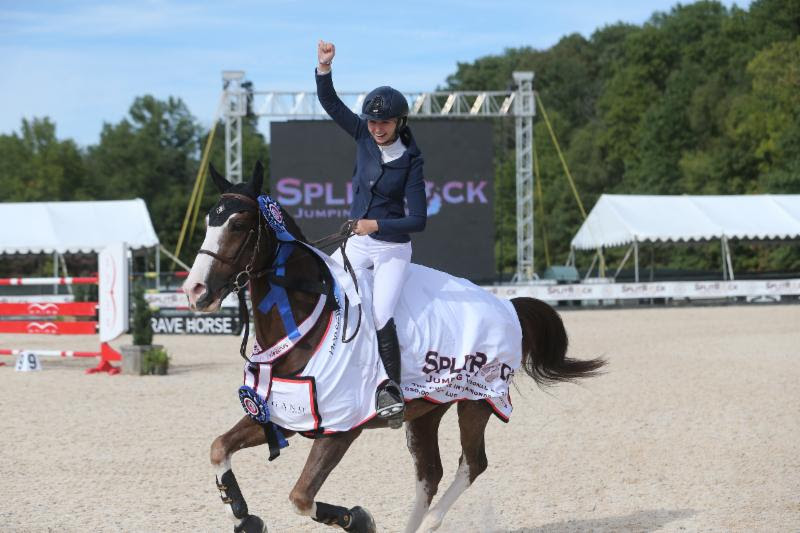 “Today he came out and he wanted to win.”

“From the first round to the end of the jump off he wanted it,” said Abigail McArdle of her mount Cade in the the $50,000 Lugano Diamonds Grand Prix 1.45m. “I know it is funny to say that about a horse, but you can feel the difference in him. He just wanted to go clean no matter what and he was totally game in the jump off.”

McArdle and the 15-year-old gelding bested a field of 56 International competitors from 13 countries in decisive fashion at the Split Rock Jumping Tour’s Columbus International CSI 2* at Brave Horse Show Park in Johnstown, Ohio. Second of nine to qualify for the jump off, the pair turned in a clean round in a very quick time of 37.87 seconds.

They were a second faster than second place finisher, Emanuel Andrade and Reus De La Nutria, who stopped the clock at 38.88 seconds.

“I knew going into the second round that I had to do all the big leave outs I thought I could do, then be fast in the turns, and be clean. I had to give it my best go to be as fast as I could. It all worked today.”

Mentor Katie Prudent had nothing but praise for the 23-year-old rider.

“Abby has gotten a lot of experience this year riding different horses,” said Prudent. “She works with my son Adam in his sales business, and Abby rides a lot of the sale horses. When you ride a lot of different horses and have different experiences it gets the rider in the groove. I thought she rode fantastic this week and Cade is her good old, faithful boy that she had had for several years, and the horse just jumped unbelievably. I am so happy for her.” 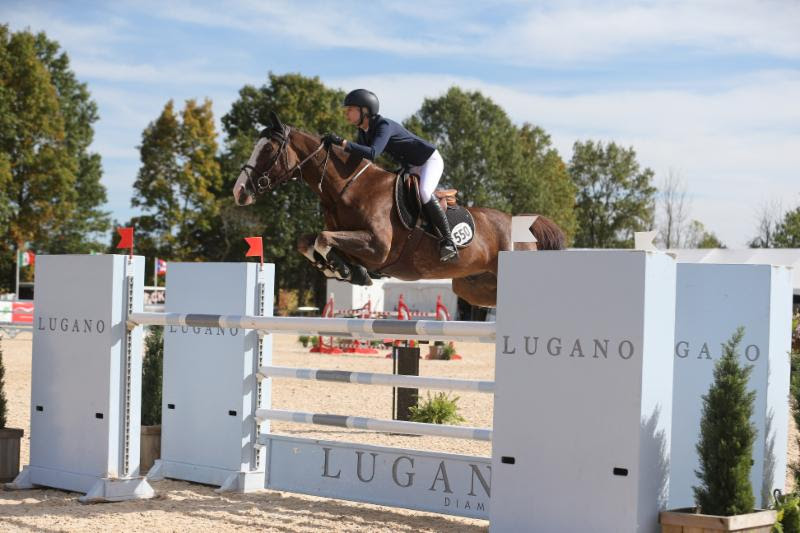 “I am really happy and a bit emotional,” said McArdle. “I have had this horse for four years, he is my personal mount, in fact he is owned by my father. I love his attitude.”

Emanuel Andrade and Reus De La Nutria were the only other horse and rider combination to leave all the fences intact. Though he tried, Andrade’s time of 38.88 seconds was not fast enough to knock McArdle out of the top spot. Opaline Z and Alexis Trosch were the fastest over the jump off course, 37.78 seconds, but paid the penalty for their speed with a rail down for a total of four penalty points and third place.