Home > Blog > Eventing > For the Record 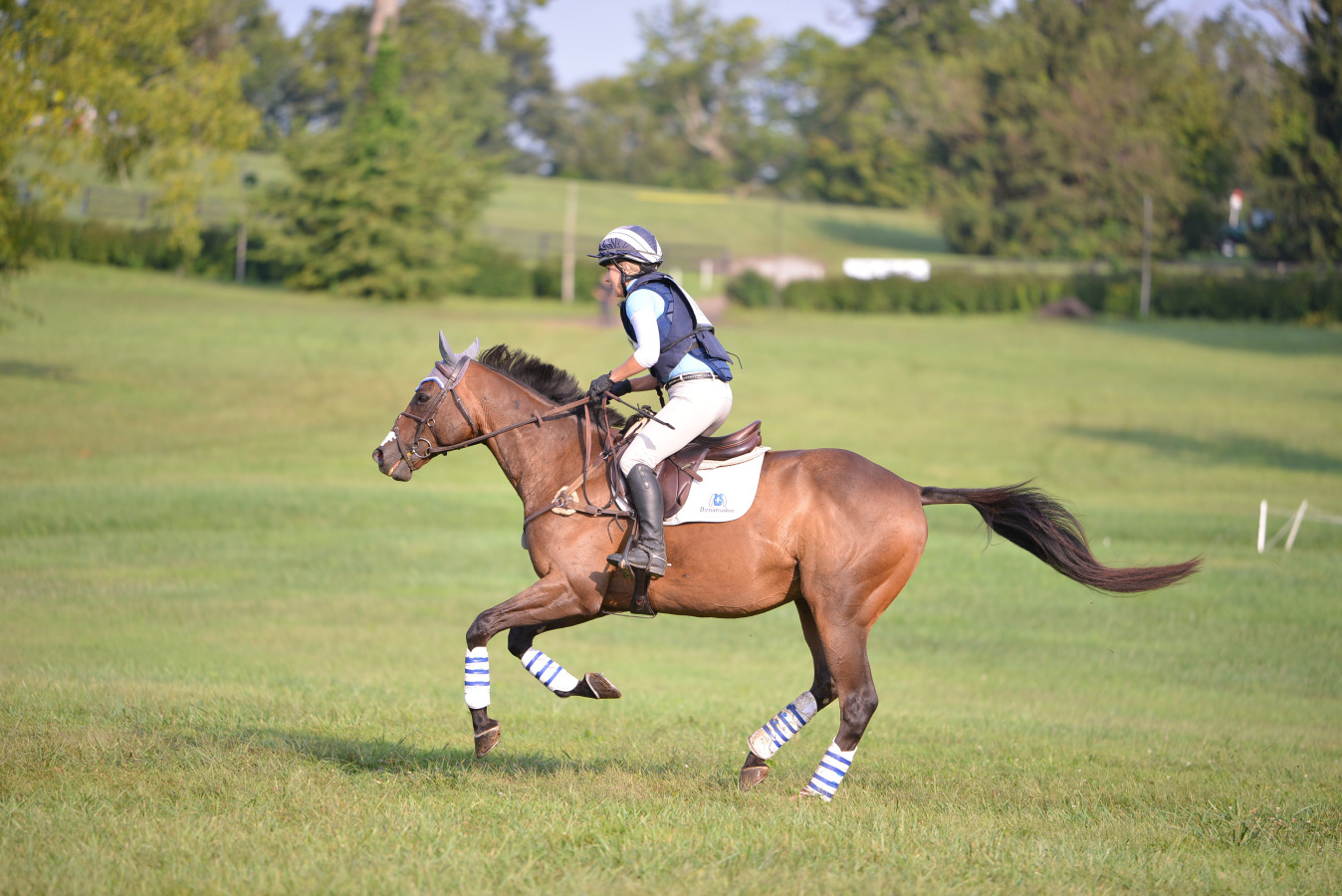 I walked off my XC course on Sunday and just shook my head. A grimace was plastered across my face and my reins draped across my horse’s neck. Sweat dripped from his neck and mine and I took one deep breath. Two jumps from the end, we had had a stop; and not just one stop, but two.

Mak had never seen the duck pond at the Kentucky Horse Park, and yet, at the Area 8 Championships, it popped up on course. We had a log pile 1-stride to a severe decline into the boggy water, and the remnants of Hurricane Harvey had deposited an additional four inches to the bog.
We’d cruised around the first 7/8ths of the course in harmony. It was our fourth event at training level, and our goals were finally starting to synchronize.

It was less kicking and praying and more plotting and organizing.

It was less “let’s get through this” and more “let’s improve on our training.”

It was less “finish on a number” and more “finish strong.”

And, I thought we were…until my horse decided he was petrified of that bog and I mentally watched that glaring TWENTY pop up in front of my cerebellum.

I circled back, tried to get him in front of my leg, popped him off his forehand and approached again. And he stopped…again.

The twenty switched to sixty and I felt my shoulders drop as my brain shut down. I was fully prepared for my horse’s first elimination in his five years of eventing, and contemplated simply retiring. He was legitimately scared of this obstacle in front of him, and rightfully so.

I almost raised my hand…but then quickly lowered it back down. Because I realized something in that millisecond:

My horse was still young, and in a sense, green.

My riding was still improving, and I was by no means a professional.

I circled back one more time and achieved the canter I wanted initially. I picked Mak up, wrapped his barrel with my legs, half halted 4 strides out, and DROVE.

In 3, 2, 1 he lifted from the ground, popped over the log pile, took one stride to the water and cantered right through. 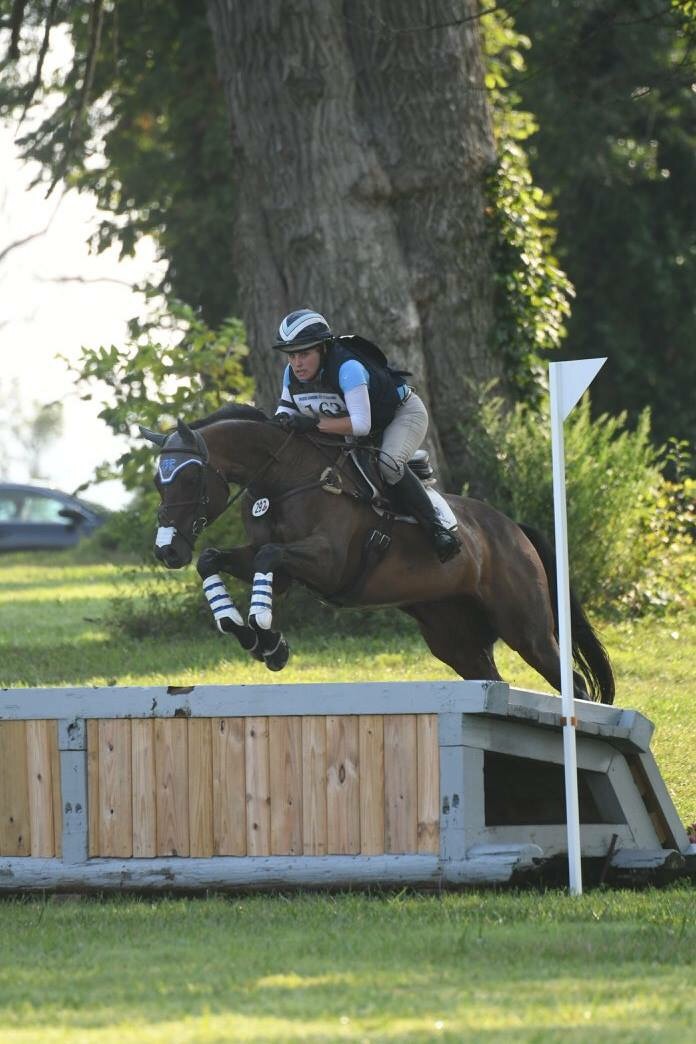 We popped over the last two fences in a strong gallop and then came back to the walk to cool out.

As I shook my head, trying to dissipate the grimace from my face, I saw my trainer Allie. I expected to see a similar expression on her face, but instead I saw a huge smile. Allie told me that she finally saw me RIDE. She has watched my riding progress for the last five years and knows that when I panic, I PANIC. I go into the fetal position and lean instead of sitting up and driving.

Yet this time it was different. This time, my brain functioned like a true equestrian. She said she could see my thought process from 100 yards away and that it was awesome to finally see me think my way through a problem instead of growl. And with those simple words, I realized that I had accomplished yet another goal for this year. My record might not be progressing, but my riding is, and isn’t that why we are supposed to be in this game? 90% of us are out there competing as a hobby, and those 4’s and 40’s don’t effect anything but our brains and egos.

And yet this “hobby” is all consuming to so many. We live and die by it, and therefore we log onto our accounts on USEventing and grimace and sigh at those blemishes.

I jokingly said on Sunday night that I wish there was a comment box next to each event on my record. Next to our stop at the down bank 3 years ago I would write: “Rider developed strange phobia of down banks and halted willing horse.”

Next to our 12 jump faults from two years ago I would write: “Rider decided to enter horse into in and out at angle, and then epically failed.”

And next to this past weekend I would write: “Boggy water had actual swimming sharks, and after an initial appraisal, rider remembered how to ride and convinced horse to go swimming with them.” 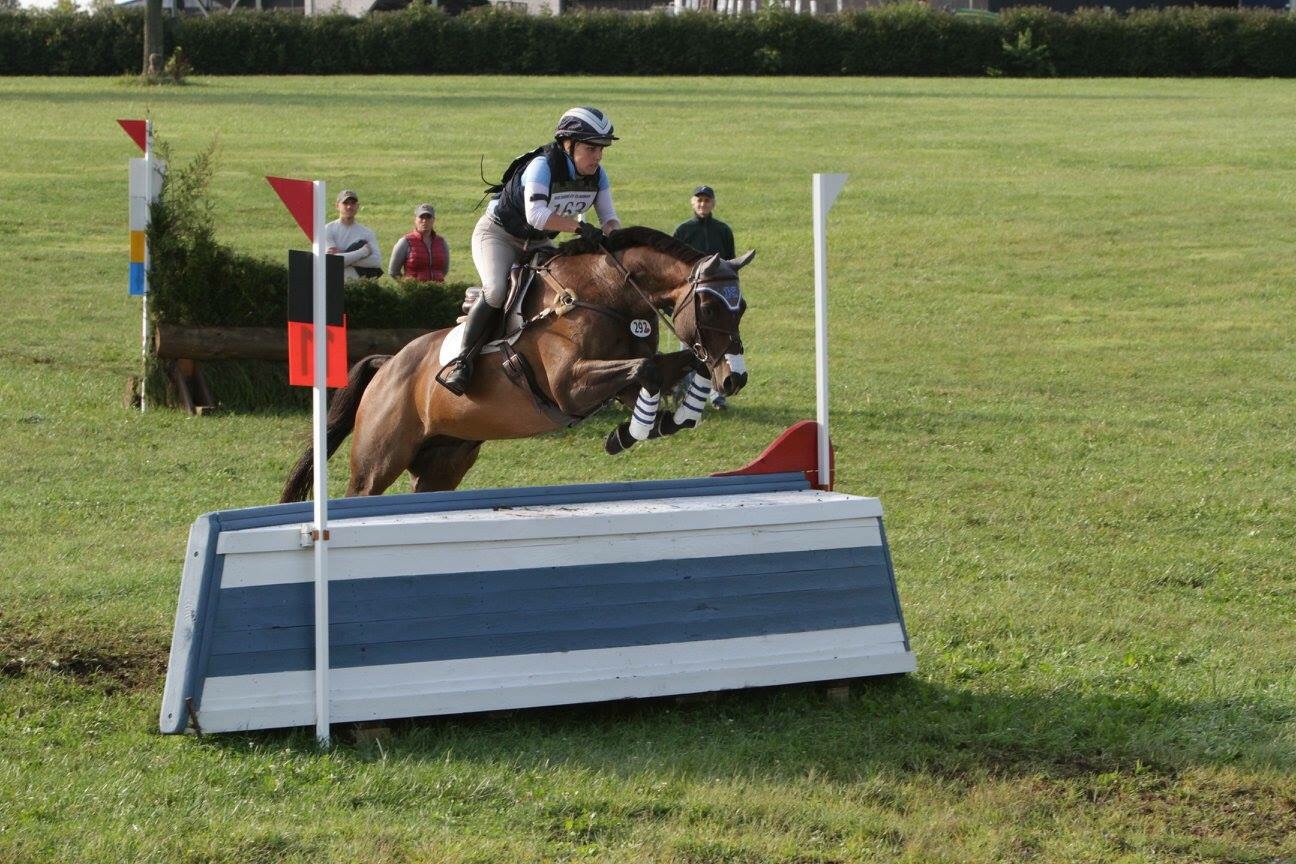 Because that is how I feel right now. My horse was legitimately scared of something, and yet he trusted me enough to try it. It might have taken a couple of circles and 45 seconds, but he did it, and we both grew from the experience.

For the record, I am a better eventer than I give myself credit for.

For the record, I own a horse that is trying his heart out every time I saddle him.

For the record, I had a lot of fun this weekend, even if my record looks like I should be frowning.

Because for the record, I’m done riding for my record. 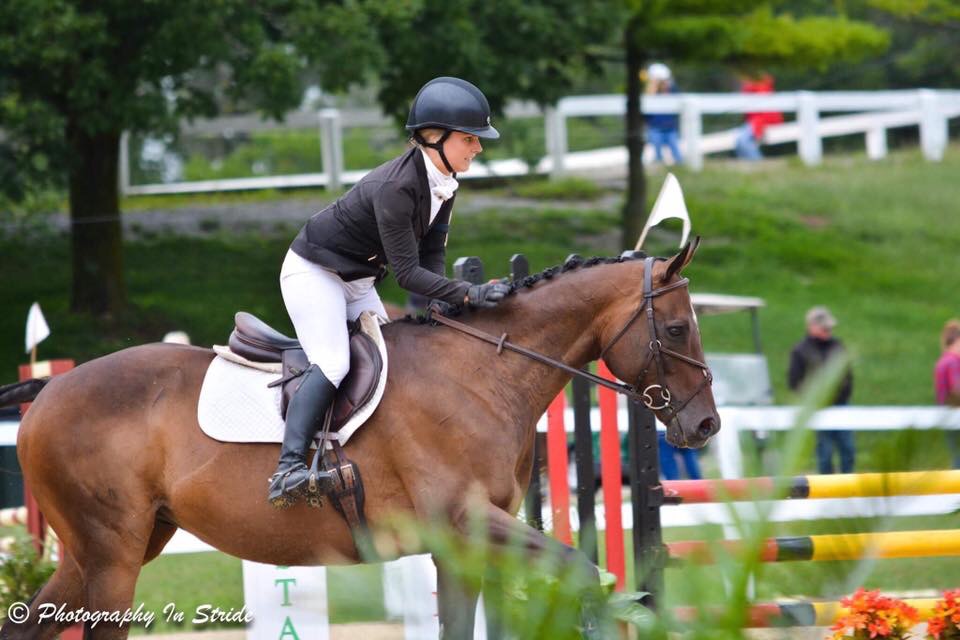