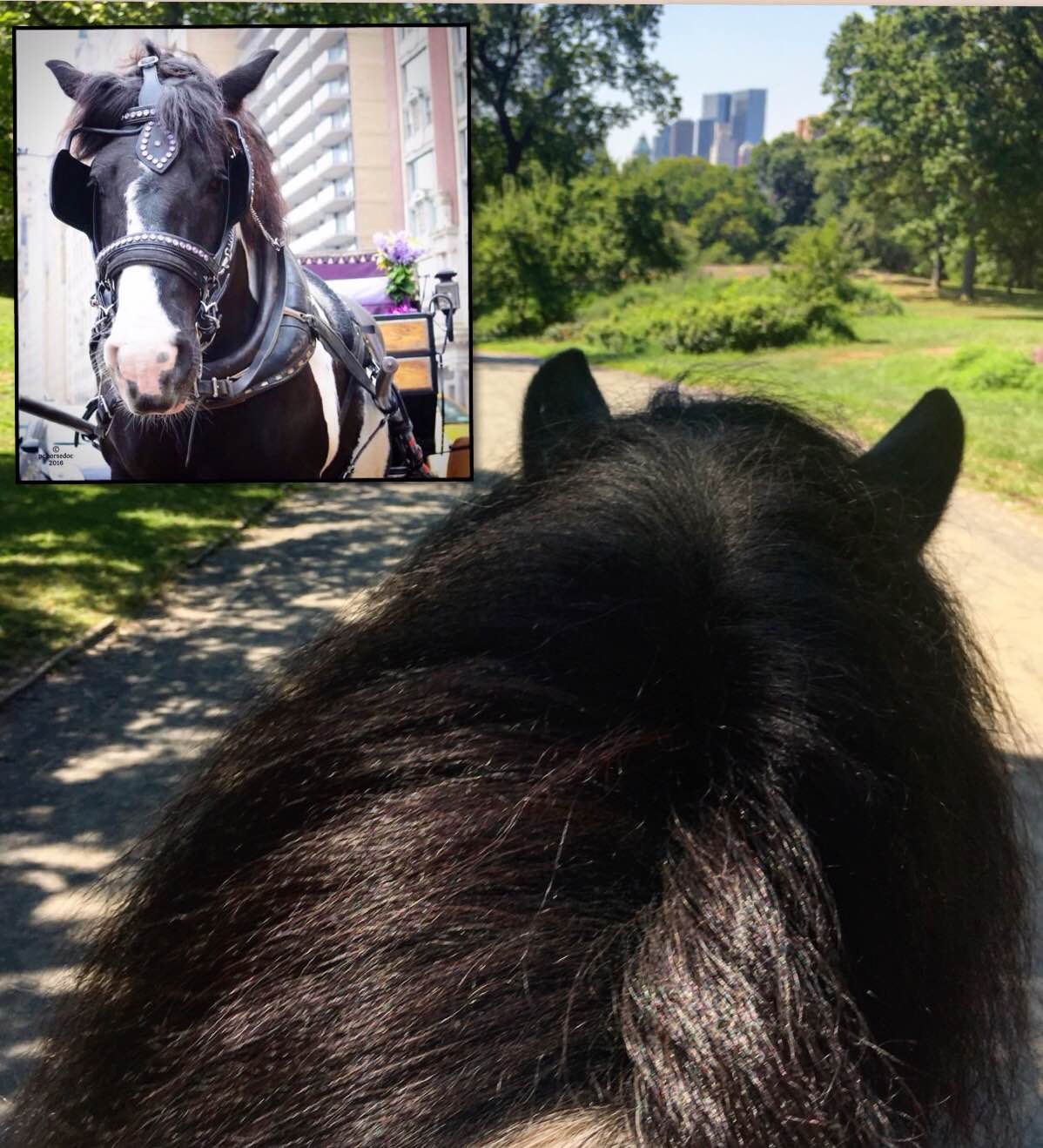 Living on Long Island (only one hour east of Manhattan) riding in New York City’s famed Central Park was one of those those things on my to-do list for a good while.

But I never followed through until recently when two things happened: I was searching for a special birthday gift for an equestrian family member, and I became aware that my NYC stable owner friends were retiring and bringing their horses permanently to their Lancaster County, PA farm where the city horses have enjoyed regular rotating weeks off in the country for some time.

I previously had the good fortune to become acquainted with Anita Gerami, a member of the McGill family that has owned and operated Chateau Stables, located in the Hell’s Kitchen neighborhood on the west side of midtown Manhattan, since 1967. Anita is a good and kind soul who loves her horses and was every bit as accommodating to us as we have grown to expect from fellow horsemen.

We met up with our young and friendly guides, Anthony and Kristen, just outside Central Park’s popular Tavern on the Green restaurant. Our mounts were two venerable former carriage horses named Hudson and Puzzle, the latter being quite a real NY celebrity with a large following on his own social media fan page. I admit that I myself have been following him for years, and was actually a little star-struck when finally meeting him in the flesh.

Today was not the day for us to demonstrate our equestrian prowess; today was a day to experience walking the winding, hilly bridle paths that took on an almost ethereal quality, juxtaposed alongside the bustle of New York City, with muffled city sounds of police sirens, construction jackhammers and city buses mere feet away. 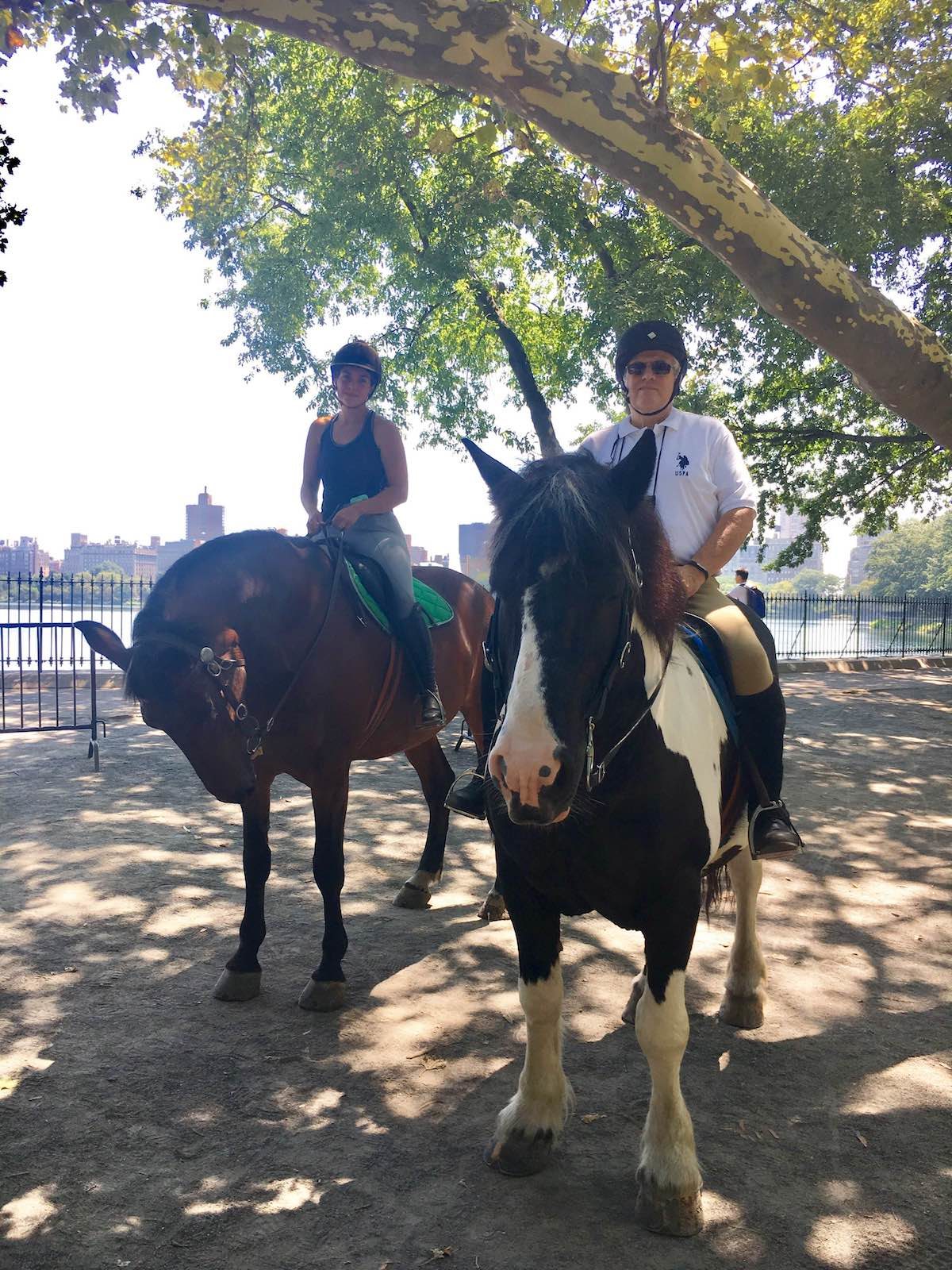 The author with niece and fellow equestrian Samantha Mullen by The Lake in Central Park.

As for our horses, they were totally in their element; they knew their jobs and did them with all of the confidence of masters of their trade. That confidence allowed us to freely experience a microcosm of nature in a unique and almost unreal setting, effectively floating on the wings of two beautiful animals for which we developed an instant affinity.

Winding our way through the paths, we arrived at the lake, and stopped for a short break to take in the experience, then reversed course for the trip back. As we passed through the famous Strawberry Fields, a lone saxophonist just out of sight sent the notes to “Stairway to Heaven” towards us, carried on a gentle breeze. It occurred to me that today, the stairway to heaven had been a mounting block.

New York City through the ears of Puzzle. Inset: the handsome Puzzle in his carriage pulling days. ©Thomas Gu

Our guides jumped on to ride the horses back on the streets to their stable some 20-odd blocks to the south and west. We opted to follow on foot (note to self: rethink following horses on pavement anxious to be home for a mile while wearing riding boots) to experience firsthand what a city stable was like.

On the way, people on the street, seeing our riding attire, were genuinely interested in what we were doing and spontaneously initiated conversations. 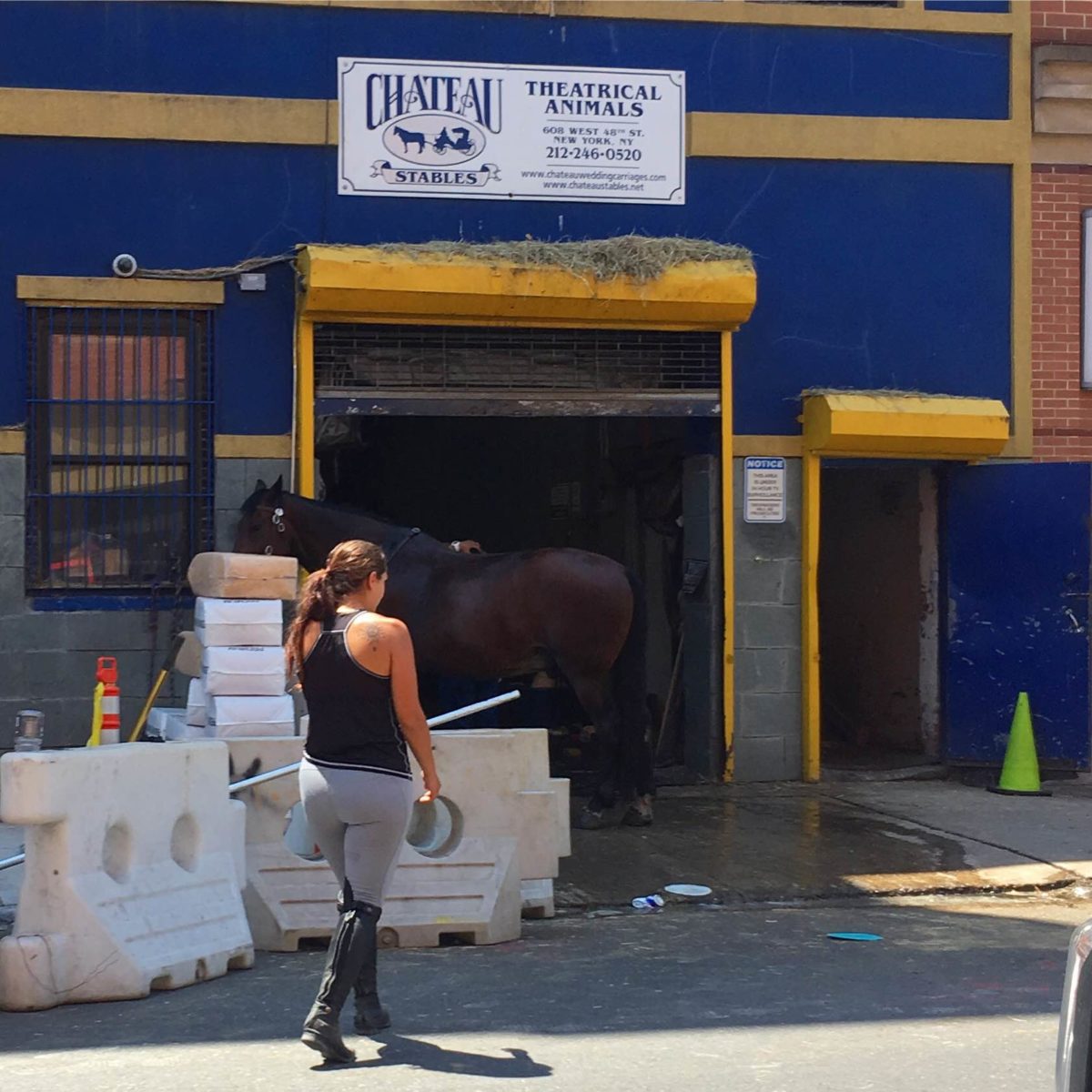 Samantha of her way back to the stable. ©Thomas Gumbrecht

It occurred to me that perhaps that’s what it’s truly about: to those of us blessed with having horses in our blood, being around them can foster an immediate kinship, no matter where in the world we might find ourselves or what barrier there might be to traditional language.

Back at the stable, our eyes took in a sight that seemed at once odd yet familiar. Strange because due to the scarcity of Manhattan real estate, the layout is vertical rather than horizontal. Rubber covered ramps lead the horses to their stalls on multiple levels and the horses lead themselves home once released inside. Familiar because it was like any other stable: healthy horses in box stalls contentedly munching hay with all the sounds, smells and feel of our own barn.

We shared lunch in the tiny office, learning some of the history of the stable from the photographs lining the walls. There were pictures of Buster McGill, family patriarch, the epitome of the NYC carriage driver in tux and top hat. Buster was a hostler for the NYPD stables, while also working as a stableman at Chateau Stables, which he and his wife Gloria took over in 1967. 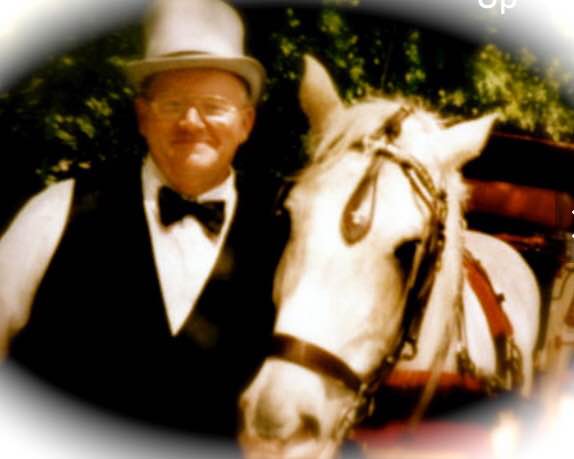 The legendary Buster McGill of Chateau Stables, always the picture of the classic NYC carriage driver.

There is a family photograph with daughter Anita, as a young but already seasoned carriage driver, driving two horses en route to a wedding, and a famous shot of The Beatles in a Chateau carriage that brought them to the Ed Sullivan Studio on the occasion of their first historic trip to America. 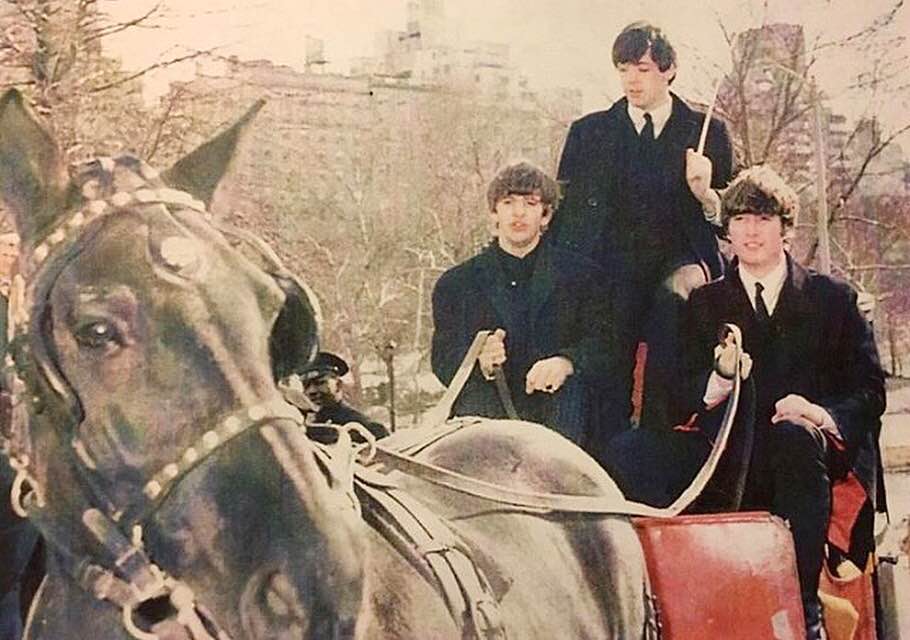 The Beatles on their way to their first appearance on The Ed Sullivan Show with Buster McGill’s horse Teddy in the harness. Photo from the collection of Anita Gerami.

Chateau Stables did a brisk business for a time furnishing horses for the theatre and motion picture industry, which then flourished in NY. Their business also focused on horse-drawn carriages for rides and special events, and they still provide the only horse-drawn hearse service for funerals in the city. Later they added riding horses and in-house pony parties to their repertoire.

Too soon it was time to leave, and as we walked through the edge of the theatre district back to Central Park to retrieve our car for the trip home, the big city seemed to take on a friendlier face reminiscent of the innocence of youth. In fact, it seems, that is frequently where I find horses transport me.

New York is where everything happens. If you want to see celebrities, by all means come here; if you want to feel like a celebrity, come to Central Park and ride a horse named Puzzle. 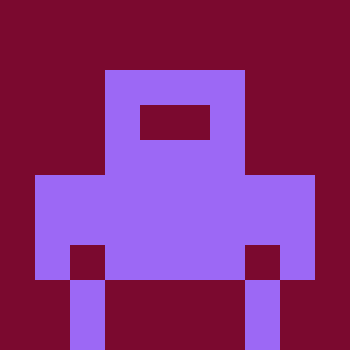