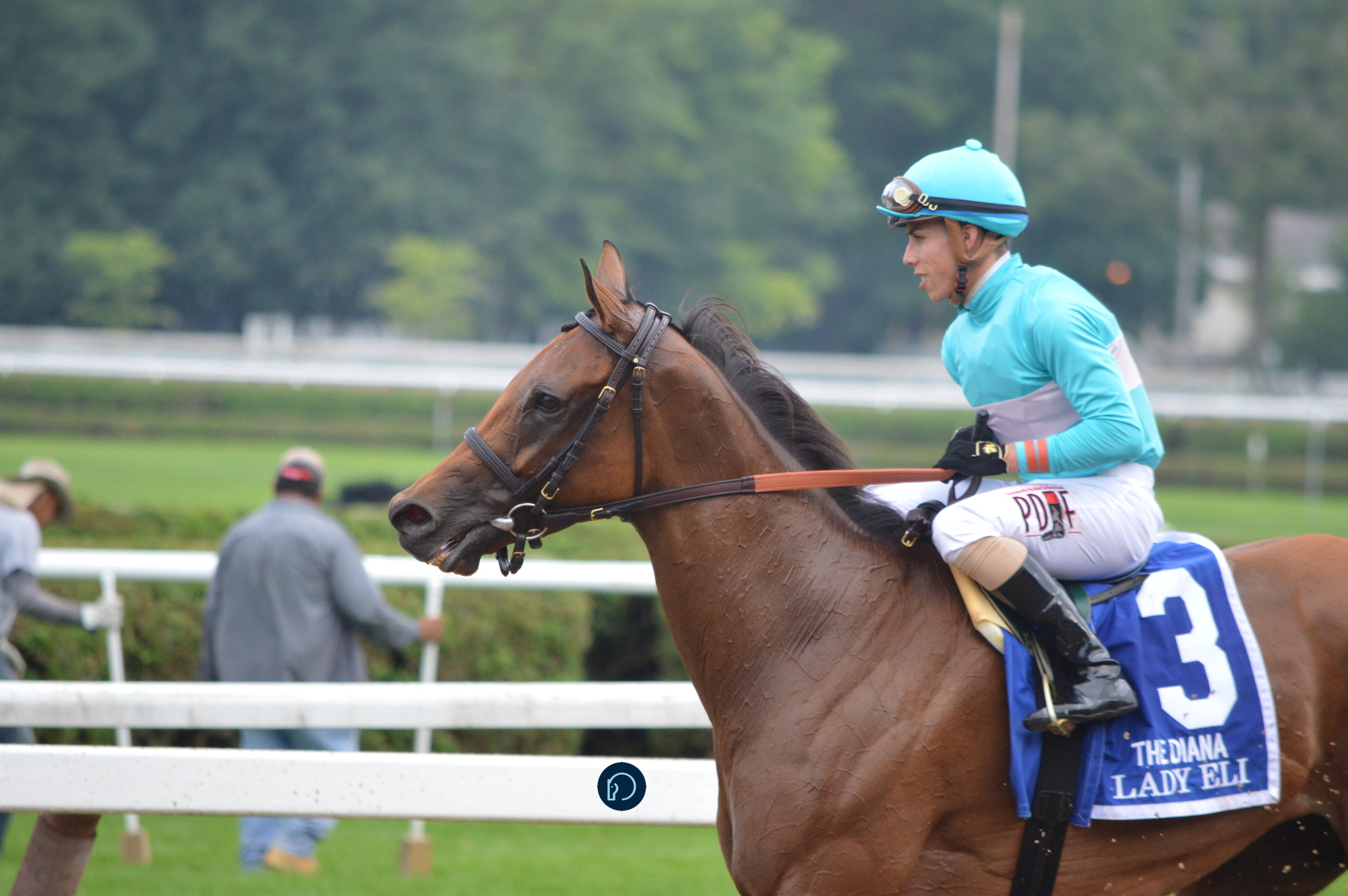 How do you measure a horse’s will to win? Past performances are the logical starting point, but statistics only tell part of the story. Horses can amass a heap of wins off of sheer talent alone, but can just as easily wilt in the face of adversity.

If you want to truly understand this intangible, look no further than Lady Eli.

The 5-year-old mare was as gallant as ever in the Saturday’s Grade I Diana Stakes at Saratoga. Sent off as both the sentimental and logical even money favorite, Lady Eli reeled in gamely pacesetter Quidura in the race’s final strides to notch her 9th win in 12 career starts. This, after her stablemate Antonoe prematurely broke through the starting gate before the official send off, prompting the ever-eager Lady Eli to do the same. Thankfully, both horses were unscathed and quickly resumed ready position.

“She just overcame that much breaking through the gate,” said trainer Chad Brown. “A remarkable performance.”

Brown is a thinking man’s horse trainer if there ever was one. Even amid the hysteria of a big win, the Cornell grad never goes off-script as he calmly and methodically recounts the race. But on Saturday, as he drowned in the revelry of the extended Sheep Pond Partners family, it seemed the trainer had all but run out of superlatives for his superstar mare.

“Today was one of her greatest races to date, maybe her best,” he said. “Giving eight pounds to the horse she ran down late in the stretch after breaking through the gate, going a little wide, she just overcame everything. Today she proved she’s one of the all-time greats.” 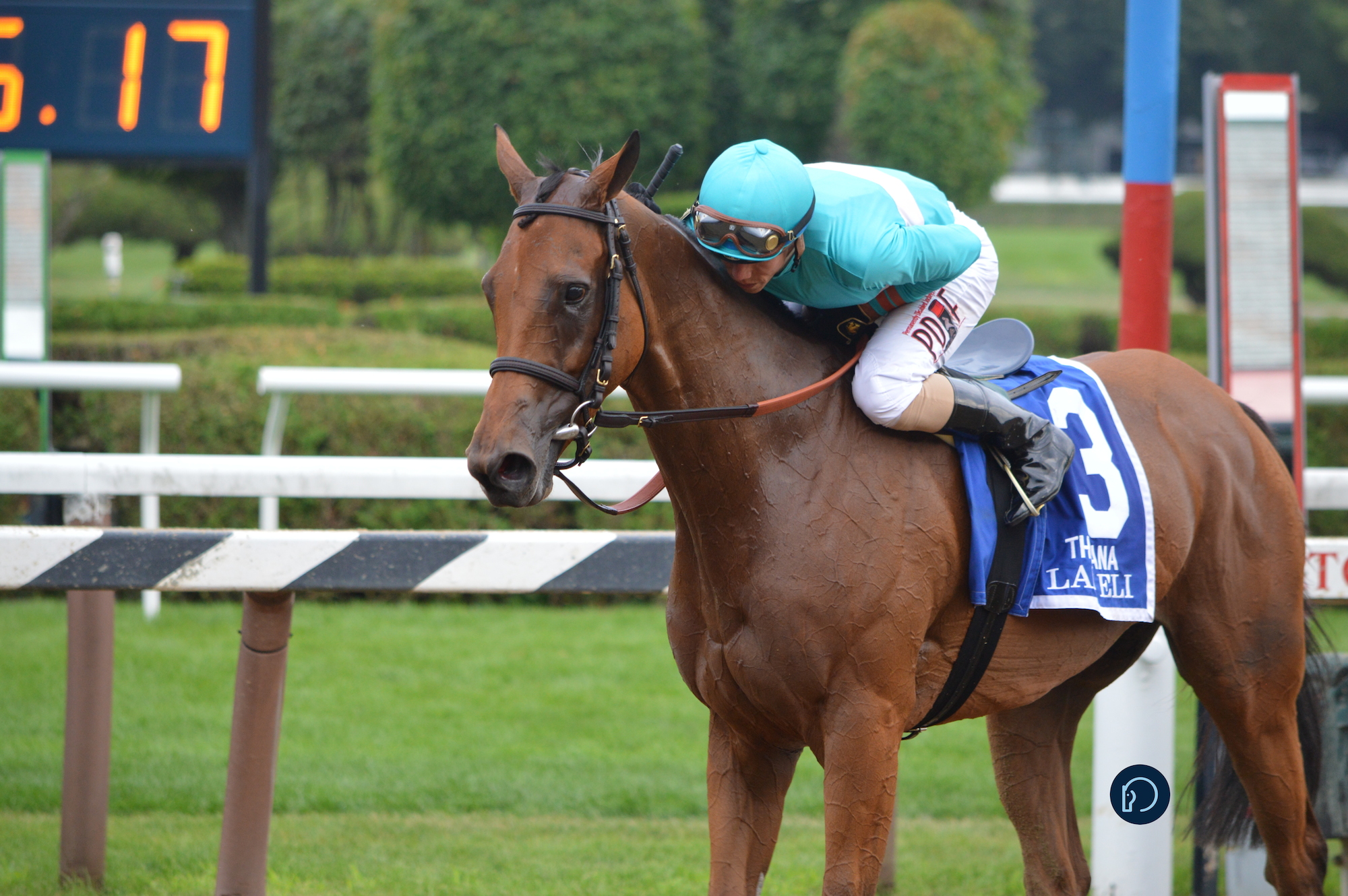 The sensational 5-year-old has never finished worse than second, and as Brown noted, is merely a few head bobs from being undefeated.

“She’s always drove past another horse as long as she can see them,” he said. “Three times she’s gotten beat late in the stretch from behind.”

Of course, she is also fortunate to be alive.

The daughter of Divine Park, out of the Saint Ballado mare Sacre Coeur, won her first six career starts, including the 2014 Breeders’ Cup Juvenile Fillies Turf, and was clearly destined for greatness. But fate can be cruel.

After winning her sixth start, the Belmont Oaks on the 4th of July in 2015, Lady Eli stepped on a nail while walking back to her barn. By the time anyone noticed something was amiss, laminitis had already developed in the hoof. Veterinarians began treatment immediately as the promising filly was now in a fight for her life. On the racetrack the odds were always in her favor, but beating laminitis was an entirely different challenge.

Her owners spared no expense and Brown and his team stayed with her around the clock, as hope that she could one day race again became a fight to save her life. After months of tense moments and plenty of prayer, Lady Eli prevailed once again.

After some extended rest she was eased back into training, eventually making her return to the races 13 months after that fateful step.

Lady Eli’s stall is almost always marked by an orange traffic cone in front; a reminder to anyone in the vicinity that its occupant is not the cuddly type. She carries this ferocity with her to the turf, where she’s nearly unbeatable, laminitis be damned. It seems everyone is eager to to put the finishing touches on this remarkable story, but it’s clear Lady Eli is not ready to stop fighting any time soon. 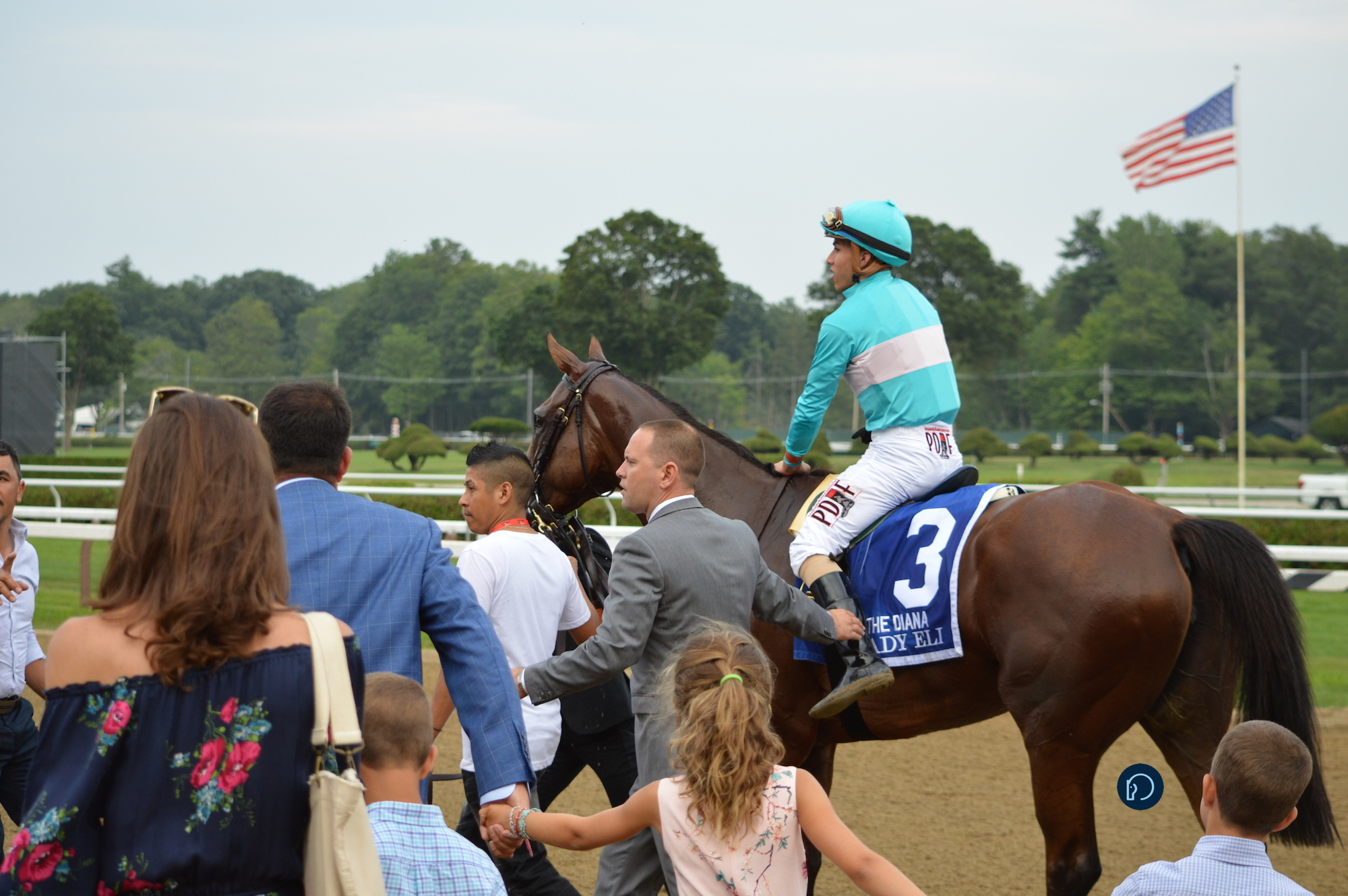