The Queen’s Plate: Come and Get It

Home > Blog > Racing > The Queen’s Plate: Come and Get It 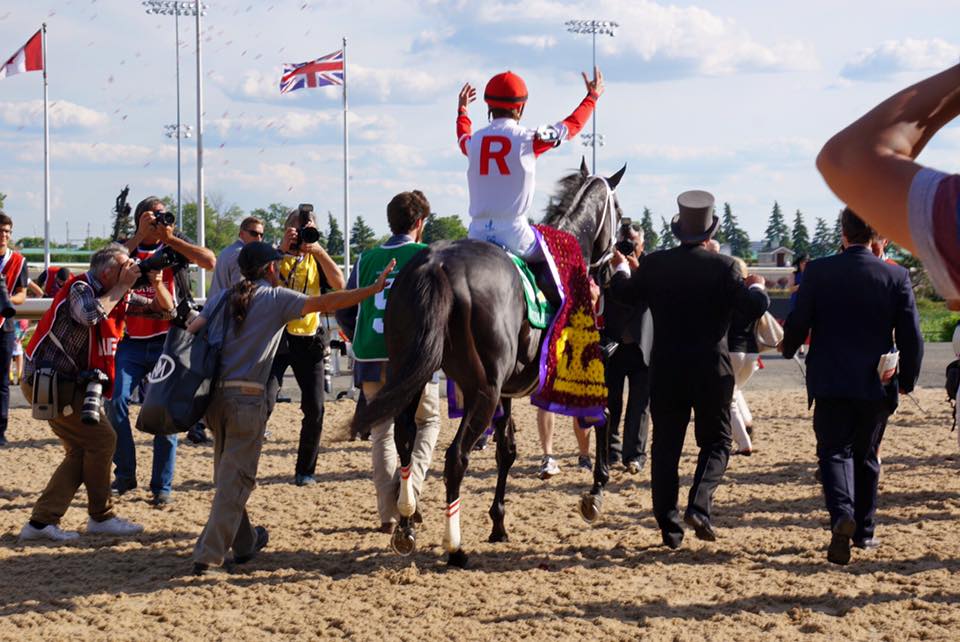 Here’s a handy little trivia nugget for you…

What is the longest continuously run horse race in North America?

Nope. If you read the title of this post, and/or you are Canadian, then hopefully you were able to come up with the correct answer: The Queen’s Plate!

Like other historic horse races around the world, the Queen’s Plate is as much an experience as it is a sporting event. After all, the race itself is only about 2 minutes, but the party goes all weekend long. The 158th running of the Queen’s Plate is set for this Sunday, July 2, one day after Canada’s 150th birthday. Talk about one hell of a weekend, eh?

Another unique aspect of The Plate is the track itself…it’s not dirt, nor grass, but Tapeta, a synthetic cushiony blend of sugar, spice and all things nice.

A field of 13 is signed on to contest for the $1,000,000 (CAD) purse, but only one will have their name etched into immortality, alongside past champions like Wando, Peteski, Awesome Again, With Approval, Northern Dancer, and Moldy…Come on, Moldy? Really?

Queen’s Plate 158 features a pair of promising fillies trying to upstage the dudes, with Holy Helena, an Adena Springs homebred by Ghostzapper, and Inflexibility, a daughter of the late/great Scat Daddy and stable mate of this year’s Preakness winner Cloud Computing. As the early 3-1 favorite, Holy Helena has 2 wins from just 3 career starts, but won like a pro last time out in the Woodbine Oaks for trainer Jimmy Jerkens. 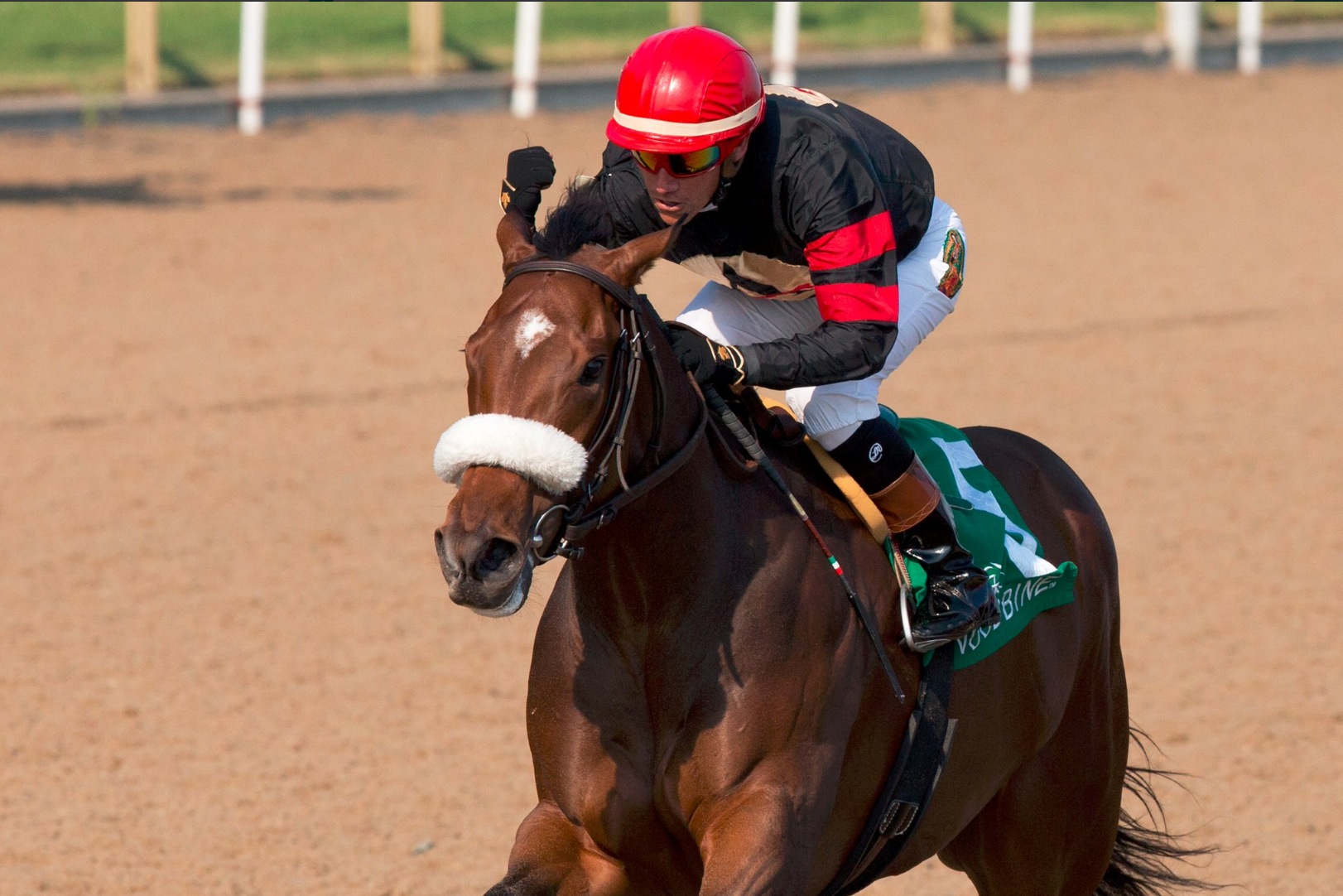 Likewise, Inflexibility has just three races under her girth and finished third in the Woodbine Oaks, but appears to have all the requisite tools to take a step forward. Hailing from the barn of the sport’s top young trainer in Chad Brown, who is gunning for his first Queen’s Plate, and getting the services of the sport’s top jock in Javier Castellano, this filly is a serious contender. 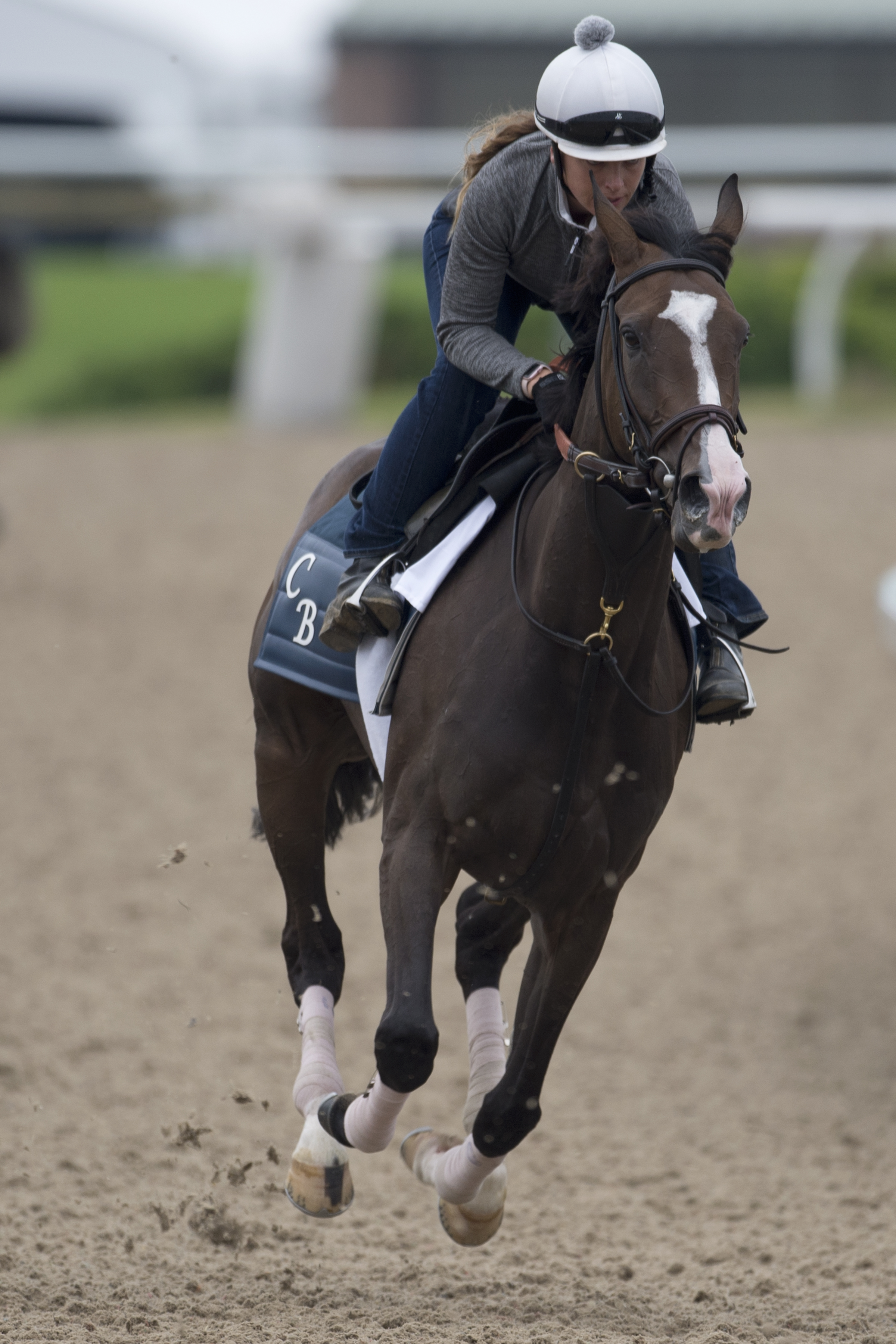 Another world-class trainer looking for his first Queen’s Plate score is Hall-of-Famer Bill Mott, who will saddle Channel Maker on Sunday. The gelding’s solid turf form translated nicely to the Tapeta with a second place finish in the Grade III Marine Stakes at Woodbine in May. He should have no problem with the distance, if his pedigree is any indication. 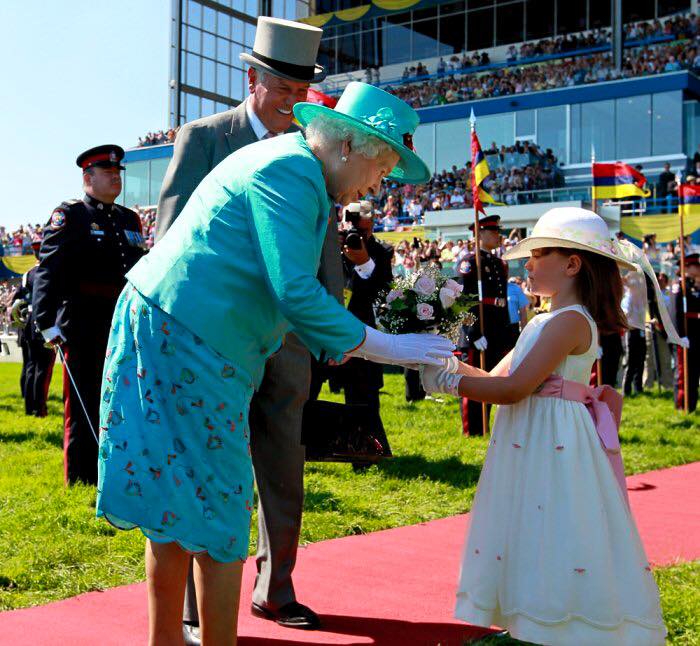 Yes, the Queen has attended her Plate on several occasions, the last visit in 2010. (WEG)

Trainer Mark Casse is no stranger to Woodbine, and boasts a pair of strong contenders with the colt State of Honor and the reigning Sovereign Award Champion 2-year-old King and His Court. After taking his lumps on America’s Triple Crown trail earlier in the year the speedy State of Honor will try to get back on track for local breeder/owner, Conrad Farm. He’ll be expected to set the pace, but thus far has flopped going longer than a mile. King and His Court meanwhile has three stakes wins over this very track and has the look of a “horse for the course”.

Catherine Day Phillips is carrying on her family’s rich history of success at Kingfield Farms.https://t.co/Mv3Rbno82D pic.twitter.com/6UOynd4iy0

Heavy on the intrigue but light on experience is Aurora Way, who made his career debut just a couple weeks back. That debut, however, resulted in a 4-length trouncing of his fellow maidens over this very oval. He’ll get last year’s Queen’s Plate winning jockey Julien Leparoux in the saddle, a major bonus as he makes the enormous class leap in just his second start.

Finally, here at Woodbine you’d be foolish to ignore anything from the barn of Roger Attfield, with his eight Queen’s Plate wins to his name over a Hall-of-Fame career. This year Attfield saddles the longshot Tiz a Slam, a son of Tiznow with 3 wins in 7 starts. He’s done most of his running on the turf but won on the Tapeta in his career debut last summer. Attfield is a patient horsemen and it’s quite possible this colt is sitting on a career effort.

Here they are… your field is set for Sunday's 158th running of the Queen's Plate! #QP17 #BetWoodbine pic.twitter.com/xiDmkTLDyM