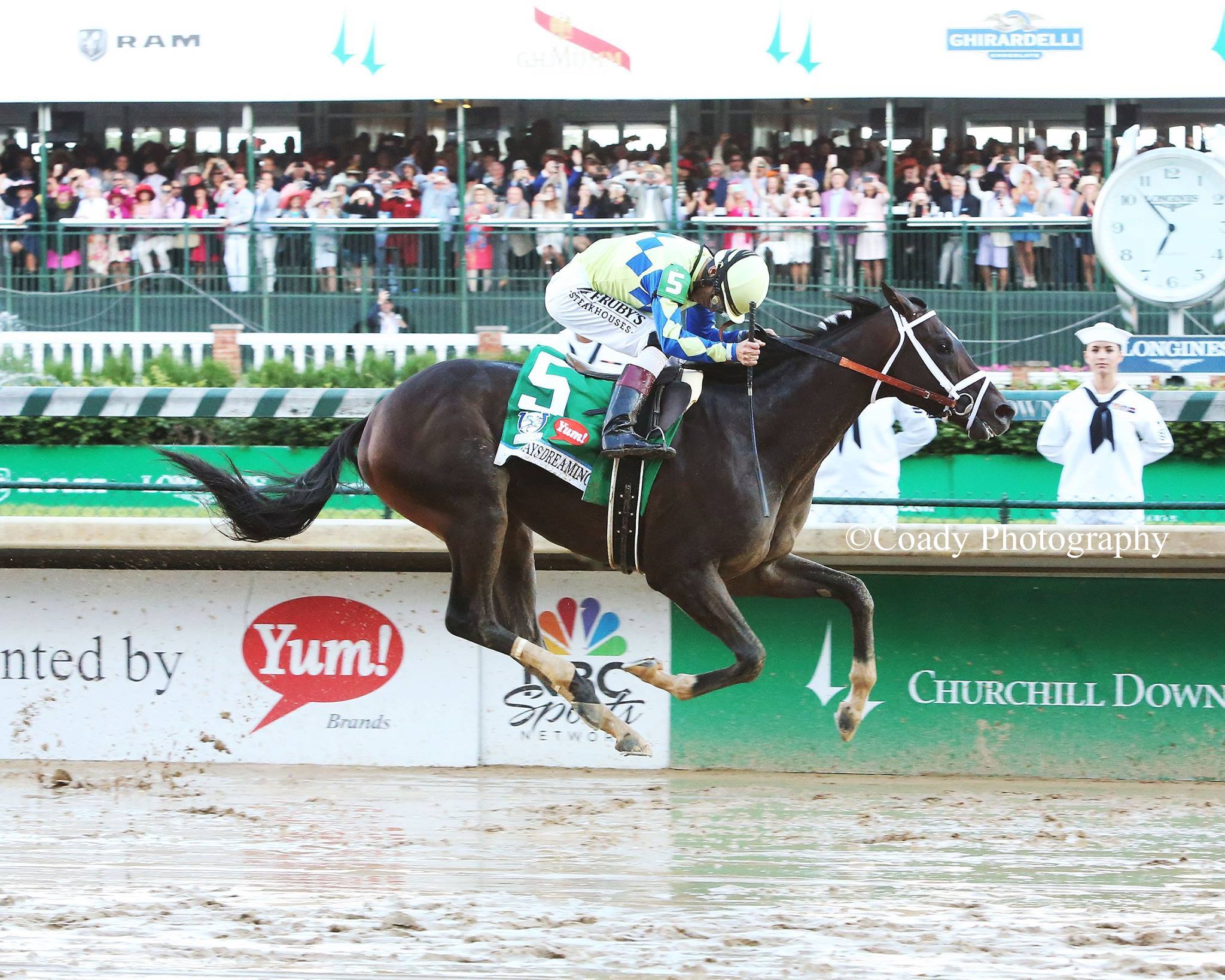 The First Saturday in May could not have come soon enough for Todd Pletcher. The venerable trainer who has won (*cue the Eagles*) everything, all the time, brought his usual cluster of pedigreed colts and an oft-discussed 1-45 career record into Kentucky Derby 143, and he had a ticking time bomb in his barn.

Always Dreaming backed up the swell of hype with a commanding 3-length victory atop the muck and mire, improving his 3-year-old record to 4-for-4 and leaving no doubt who rules the 3-year-old crop. Sent off as the betting favorite, the precocious son of Bodemeister stalked an honest pace before taking over in the turn for home and widening from exhausted rivals in the deep stretch.

“This is the best horse Todd (Pletcher) and I have ever come to the Kentucky Derby with,” said winning jockey John Velazquez, who notched his second career Derby. “Nothing against all the others, but this was the best horse. I got a good position with him early and then he relaxed. When we hit the quarter pole, I asked him and he responded. He did it himself from there.”

Much was made all week about Pletcher’s decision to outfit his eager colt in draw reins to counter his aggressiveness during morning gallops. The fuse was lit, he just needed to keep it from exploding until 6:45 Saturday evening.

“There were a few anxious moments earlier in the week. For whatever reason, he was ready to run upon arrival,” he said. “We have to make adjustments all the time in training. That’s what we do. And I think — I don’t recall having to do it in a high-profile situation. Certainly not with the likely Derby favorite.

Lookin At Lee was the only other horse in the field of 20 to make up ground in the stretch to finish to grab 2nd, as fellow longshot Battle of Midway held on for 3rd. Morning line favorite Classic Empire was bumped hard out of the gate by McCraken, pinched back and forced wide, but fought on well to finish in 4th.

This is now the 5th consecutive Kentucky Derby conquered by the post-time favorite, the longest such streak in the race’s history.

Irish War Cry came out of the Derby in good shape, gave us a thrill turning for home. pic.twitter.com/OQz7rEF7yg

Post time co-favorite Irish War Cry had a perfect stalking trip in the 4-path and appeared to be full of run on the turn for home only to flatten out in the stretch. The most bizarre moment of the race came courtesy of the Dubai-based Thunder Snow, who decided within the first few steps that he wanted no part of this running counterclockwise in the mud deal and bucked himself out of the race. The colt was immediately examined by vets and all reports are that he was uninjured, just really pissed about something.

While the conditions were inhospitable and the race itself a veritable one-horse show, the result was honest: the best horse won. Always Dreaming skipped into history clean and full of run, well ahead of the sea of heavy-legged rivals staggering home from a mud bath.

On to the Preakness, where the dream continues…