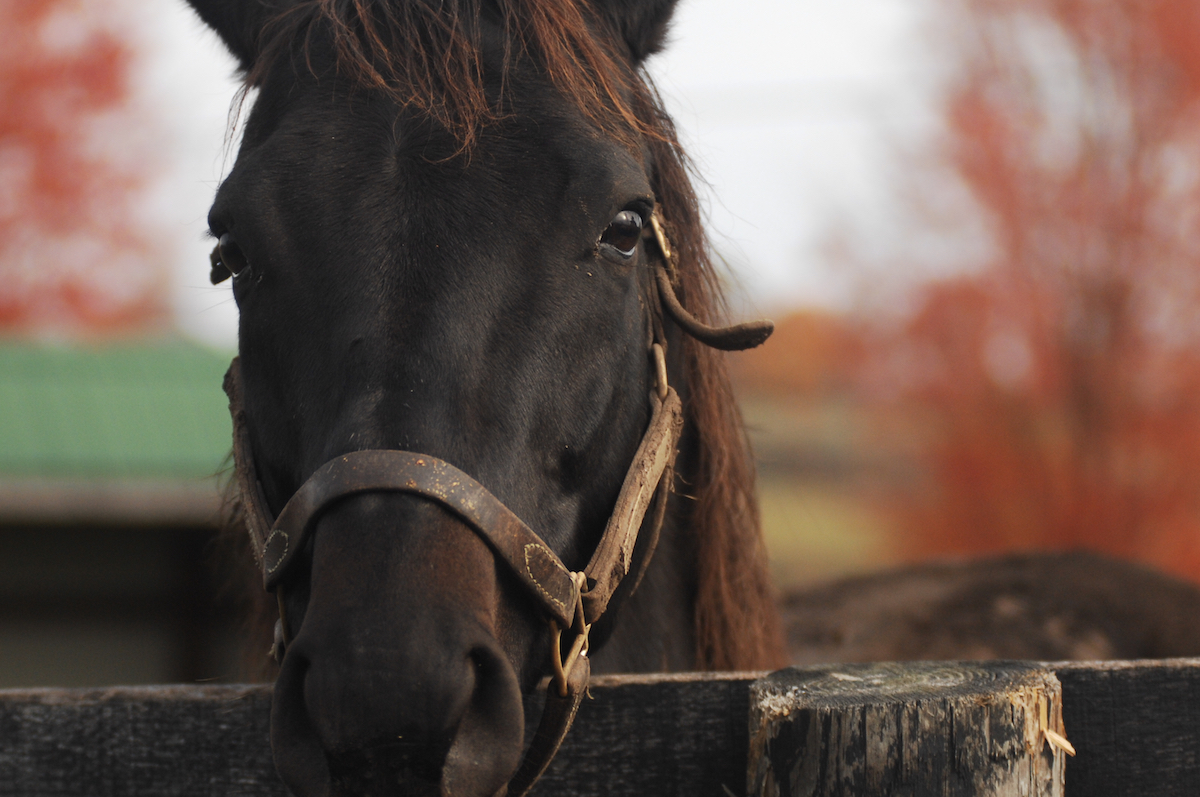 Dedicated to his craft, this horse is literally the most frustrating creature on four legs, especially if you’ve hiked up a mountain, squelched through a bog, and unintentionally alarmed a flock of dive-bombing barn swallows.

There are many “tricks” we learn while trying to outmaneuver this grass chomping master of avoidance. One of my favorites (and I think most effective) is the “approach indirectly, avoiding ALL eye-contact like the plague” method. Your horse is caught off guard when you suddenly veer towards him with the lead rope and halter and often doesn’t have time to get out of dodge.

The random bobbing and weaving going on in the pasture as people employ this method must convince some non-horsey folk that barn people really are just plain weird. Why is it that when your hands are frozen, or you have an injury, one of the buckles on your tack decides to jam up tighter than a knot in your kid’s soccer cleats laces?

Even if you’re not cold, or sore…the difficult buckle is super annoying. Of course, we know we can oil up our tack and make adjustments that can resolve the issue…

But, right when it’s happening, it can make us equestrians yearn for superhero strength and fire power to force the stupid thing open (or closed). And maybe also burn it up just to watch the object of our frustration suffer like our poor, abused fingers.

Have you ever accidentally dropped a bridle, only to discover upon picking it up that it’s morphed into the leather equivalent of a Rubik’s Cube? An unruly puzzle to be solved before it could ever be put on a horse again?

Some days, you’re just tired and your brain is puttering along on what’s left of the coffee and candy-bar meal you shovelled in six hours earlier in an attempt to get to the barn with enough time to ride. So it’s understandable that a dropped bridle could transform into some sort of diabolical “Survivor Challenge” that takes half an hour and several unladylike words to solve.

And by the way—you’re voted off the island anyway. (At least you would be if your horse had the immunity idol and a deciding vote.) Although some horses never experience Stubborn Leg Syndrome, the majority will come down with this affliction at least once in their lives. Usually on the day that you have friends to the barn who are interested in learning all about horses.

There are often no symptoms to warn the unsuspecting equestrian. Only the surprise discovery while cleaning hooves that one or more of their horse’s limbs has become a “Stubborn Leg” that no amount of pushing, pulling, pinching or squeezing will lift it. OR…it will take all of those things being applied, along with some polite verbal requests to successfully raise said leg.

Personally, I think Stubborn Leg is a prank devised by horses so they have a good story to tell at the water trough. This is what happens when your horse nabs some grass or food while under tack, and then enjoys a nice friendly face rub on you. The result of his sneaky snack is a lovely smear of brownish green sludge on your back (or front). But only when you wear your “nice shirt” to the barn. Note to self: NEVER wear nice shirt to barn. The time has come to trim up the bridle path again, so your horse has an appointment with the barber (aka, you, with clippers, scissors and a handful of hail Mary’s).

Things are going pretty great, other than the lighting being rather on the dim side. Buzz buzz, snip snip…crap. That wasn’t your horse pooping. No, that was the barber, (aka- you, with clippers, scissors and a handful of naughty words) who just realized you clipped too far, and now your horse will have those funny hairs sticking straight up like Mr.T’s mohawk while it’s growing back.

These incidents aren’t very common, but each time they crop up, it’s a wake-up call that you were never meant to be a professional groom. And your barn really ought to consider employing one…as long as wages could be paid in cookies and Applebee’s gift cards. It’s always interesting when you discover that the horse you are riding has “Good Boy” brakes because it’s usually at the canter, with the resulting Reining Champion stop, almost tossing you over his head.

If you’ve ever ridden a horse with this quirk, you know exactly what I’m talking about. These horses have been trained with lots of verbal praise and encouragement, which isn’t a bad thing. However, they are so accustomed to the “Good Boy” coming when some exercise is finished that when they hear it, they think their job is complete. So, they stop. Immediately.

You might not really pick up on it while you’re working at the walk and trot, but you certainly will at the canter. It’s a good idea to let people know about this trait before they ride your horse. (Unless you have your camera, and need a good laugh) Obviously, there are so many more we could add to this list. But somehow the joy horses bring far outweighs the frustrations. Because horses really do make everything better. (Except our savings account, but that’s another story for another day)

What your most whine-worthy horse moment? 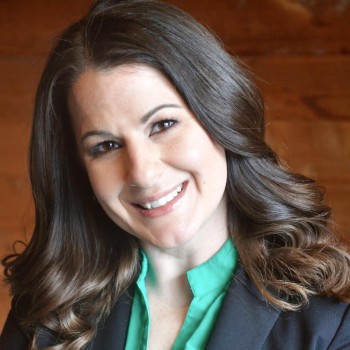 Sara is a writer, who enjoys her family of "nineteen" (husband, three kids, one horse, one dog, three cats, six chickens, a turtle and three fish) surviving the resulting chaos only through faith, and a well-developed sense of humor. She spends as much time as she can riding her horse, and making memories with her clan. She loves swapping good horse stories, and can always be counted on for a laugh on her blog, giddyupandwrite