This article was supposed to be a new installment in my Liberty Training for Amateurs series, however, I’ve been consumed by a terrible tragedy. My father, avid equestrian James P. Baker, Jr., passed away suddenly and unexpectedly due to complications from surgery following a riding accident a few weeks ago. After the death of my father in late March I moved from the Tryon, NC area back to my hometown of Southern Pines, NC, to be closer to my family and to help run our boarding and training stable, Fox Lake Farm. Each early morning I’m greeted with nickering horses ready for their breakfast and very happy to see me. One horse in particular has become a beacon of solace for me. Surprisingly enough, it is the horse from which my father fell.

To say that this horse is difficult is putting it lightly. He rears straight in the air, bucks like a bronco, and loves to combine the two with fits of leaping. His impressive talent is matched only by his challenging temperament. He loves to pick fights with his rider by halting and refusing to go forward—often in the middle of the trail, in the middle of the arena—or simply refusing to leave the mounting block and waiting for the rider to react by kicking him on. As soon as you do kick him he uses the rider’s leg as an excuse to leap forward into a series of athletic maneuvers that is sure to leave even the best of riders on the ground.

Needless to say, after my father’s fatal fall no one wanted to touch this horse, much less ride him.

I started slowly, on the ground, working with the horse in his stall. I groomed him, fed him and loved on him daily. He was already familiar with me as we had bred him here on the farm, but I made sure to give him added attention. Every time I walked past his stall I would stop to rub his head, feed him an apple or stroke his neck. When I entered his stall I employed the TTouch (also known as the Tellington Method) to help him relax. This is where you use the pads of your fingers to massage your horse with small, counterclockwise circles. Within two weeks he would see me in the barn aisle and give me his full attention; ears forward and his eyes on my every movement.

From there, I started working him on the end of a lunge line. We just worked on basics—walk, trot and canter in each direction—but he was getting used to my voice and listening to my commands. Whenever he walked I would turn my back to him and ask him to join up to me before switching direction. At the end of each lunging session I would take him back to the barn and spend time grooming and loving on him.

Finally, it was time to ride. I decided I would start by lunging him to get him listening before climbing into the saddle. Once on his back however, he balked, halted and then launched forward to rear or buck when I tried to send him forward. When I finally got him going forward I had no control over where he went or how quickly. Clearly, what I was doing wasn’t working. This horse and I were not communicating.

I saved myself the trip down and got off before he threw me off. I checked his saddle and his back to make sure he wasn’t reacting to pain or his tack. When I could not find any physical reason for his behavior I started to think about what could be causing such a combative reaction in the saddle that did not seem to exist out of it. I spent that night talking to friends and trainers seeking advice, and how I could get through to this horse. He was sweet and well behaved when I was on the ground, so why was it so different when I hopped on his back?

The only difference I could find in my behavior was patience, or lack thereof. On the ground I was slow and steady and took my time, waiting for him to respond. In the saddle however, I demanded that he behave and respond immediately. Maybe if I had as much patience with him in the saddle and really listen to what he’s trying to tell me like I do when I am on the ground, I might be able to get through to him.

So the next day I skipped the lunging and just got straight in the saddle. Again, he took a few steps away from the mounting block and halted, refusing to move forward. Naturally I wanted to send him forward in any direction he would go in any way that I could, however, that was exactly what he was waiting for me to do. He wanted me to kick him forward so he could launch into bad behavior, meeting his action with a reaction.

Instead, I met his action with patience. I took a deep breath, and waited. I did not kick him. I did not cluck to him. I simply sat on his back while he stood stubbornly in place, and waited. For several minutes we stood in the barnyard of my family’s farm like idiots…but then, it happened. He gave up. He walked forward, nicely, calmly and without any misbehavior.

I took him out for a short ride around our farm. Five more times that day he tried to goad me into fighting with him by firmly planting his feet and waiting for the kick. Five more times I sat and patiently waited, and five more times he eventually walked forward nicely. Since that first day my dad’s horse has been a perfect gentleman for me to ride. Yes, he still tests me. Every other ride he will halt without warning and see if I am going to lose my patience with him. And every time I wait patiently for him to understand what I am asking of him, rather than demand that he listen to my commands immediately.

He listens to me now like I am his friend that he trusts instead of someone he needs to fight. Liberty Training is about effective communication between you and your horse. Sometimes, that communication will be easy, other times it may feel impossible. The best way to open lines of communication is through an endless amount of patience, instead of insistence. 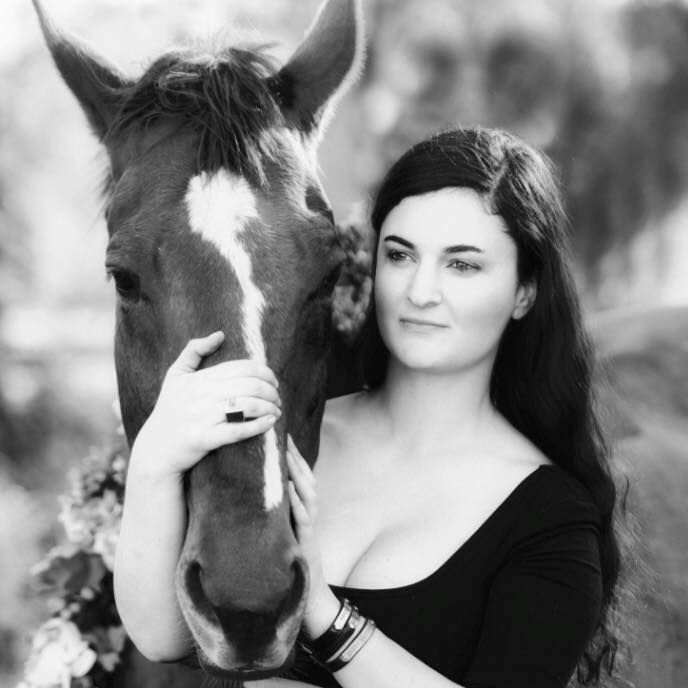