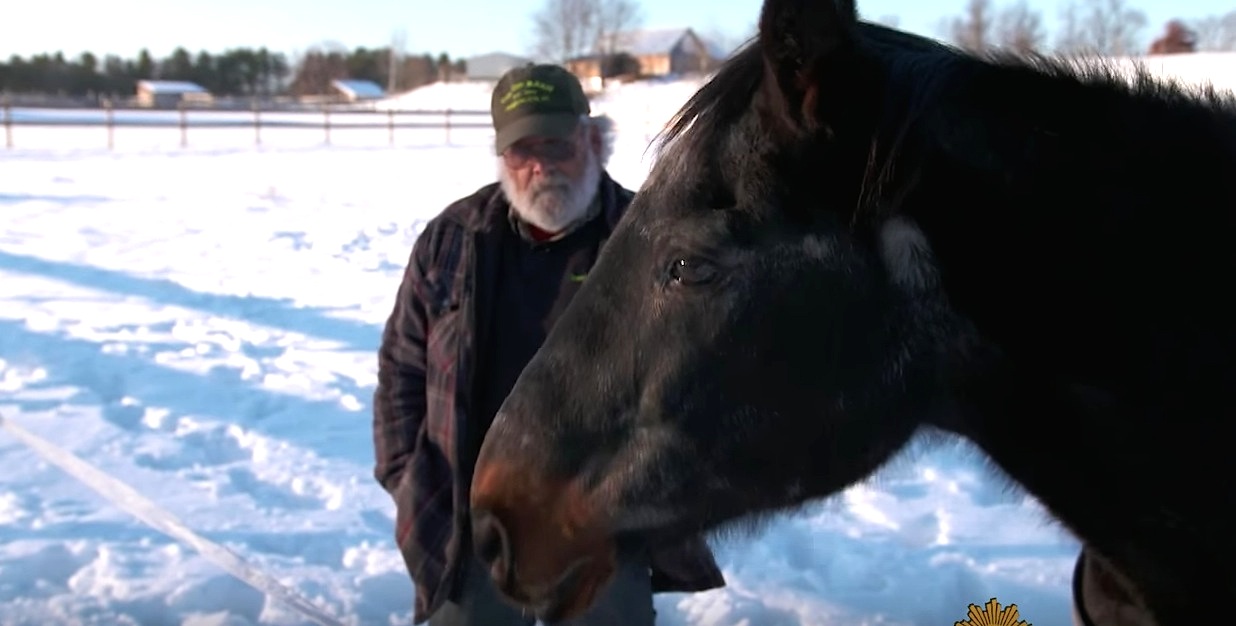 Every morning, Donnie MacAdams wakes up before dawn and heads downstairs to check on his roommates and deliver breakfast. It has been his routine for the past eight years when he moved into an apartment above a horse barn in Randolph Center, Vermont. The barn’s eldest resident is a retired standardbred harness racer named Waco Hanover, who just celebrated his 40th birthday. That’s right, forty. 4-0.

MacAdams and Waco have forged an unlikely, yet unbreakable bond in their time together.

The two often share snacks in the evening when MacAdams returns from his job at a nearby visitors center, typically a bag of animal crackers. Despite his age, Waco’s health is good and he remains spirited, especially when he’s around his best friend.

“I just talked to him one day for about a half an hour, and got him to accept the fact that I ain’t goin’ anywhere, I’m your buddy,” MacAdams recalled. “It’s been going on now for eight years.”

Read more: A horse and his caretaker form an enduring bond (Boston Globe)