Laura Graves Is Pulling Out the 80s for Omaha 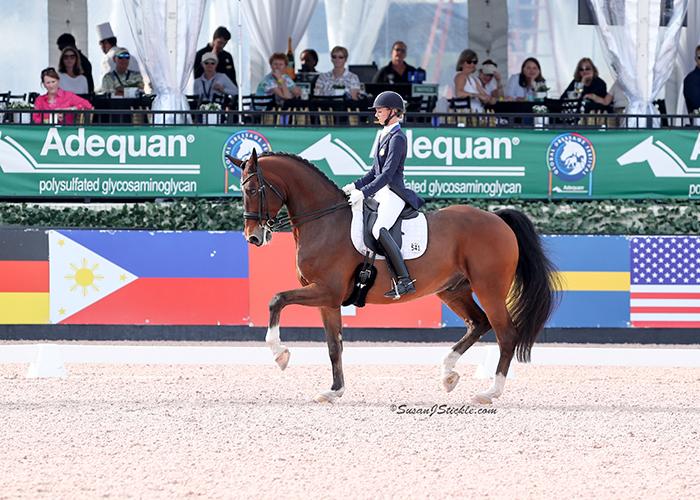 Laura Graves and Verdades bid to qualify for the 2017 FEI World Cup Final in Omaha, Nebraska made a giant leap forward last night.

The Olympic bronze medalists returned to the show ring for the first time since the Rio Games this week to land at the top of the leaderboard. Twice.

On Thursday, Graves and the 2002 Dutch Warmblood gelding captured the FEI Grand Prix CDI-W at the Adequan® Global Dressage Festival in Wellington, Florida with a score of 76.660%. Their performance earned a standing ovation from spectators.

“This horse has a heart of gold, and he loves to come out here. There is nothing that I can really take credit for. I’d like to say that he was born this way and maybe I’ve nurtured it or not taken it out of him, but he’s just a magical character,” said Graves. 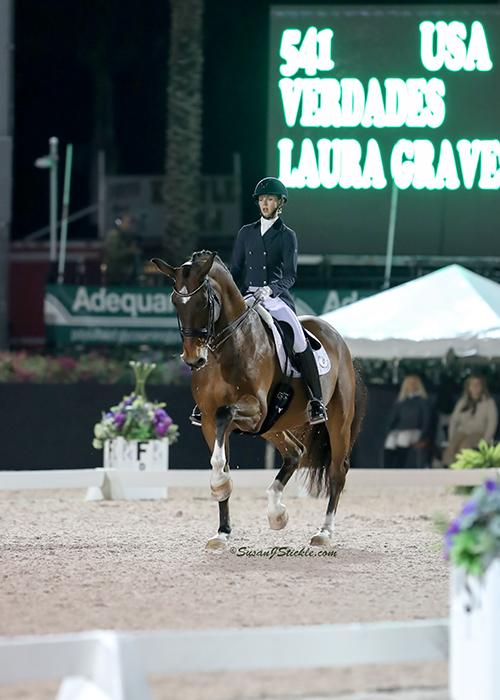 Last night, they took the “Friday Night Stars” FEI Grand Prix Freestyle CDI-W with a score of 80.728%. It’s the highest score in the North American League of the FEI World Cup Dressage to date and the first 80 of the 2017 season at the AGDF.

“It certainly feels good to start the season on an 80%,” said Graves, who is currently ranked fourth in the world .

Only six scores of 80% or above have been recorded at AGDF. Graves’ and Verdades hold three of them.