There Is No Shortcut to Success

Home > Blog > Interviews & Profiles > There Is No Shortcut to Success 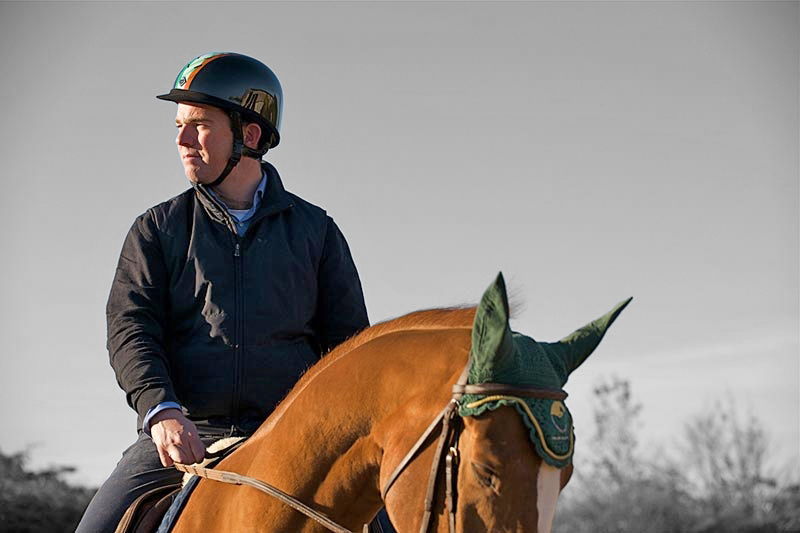 Earlier, this month 2012 Olympic bronze medalist Cian O’Connor was crowned 2016 Showjumper of the Year at Birmingham’s Horse of the Year Show. Here he reveals the secret to his long-standing success, as told to Carley Sparks.

I think it’s important to plan.

Nothing happens by chance. There is no shortcut to success. Maybe the odd time someone comes out of the blue and wins a big class or has natural talent, which is obviously part of it, but you get out what you put in. It’s reward for effort.

Karlswood Stable is a moveable feast, so to speak. We’re based in Florida in the early part of the year. We coach some clients from North America and I bring horses to compete and buy and sell. Then we move to the European shows for most of the summer circuit. In autumn, we do indoor shows both in the United States and back in Europe. It’s not uncommon for us to have horses competing on two different continents the same week.

To organize and structure all this you need to be very planned.

We keep meticulous records all the time. How we get the horses to particular events, when they got shod by the farrier, when the vet looked after them, what kind of feed their getting, their exercise program—everything you can think of, on every horse in the barn, is recorded electronically.

If a horse wins a competition or goes really well in February, then you can look back in July or August when maybe things aren’t going as well, or are taking a dip, and try to repeat the formula. Or look to see if something changed.

Or if I’m at a show in LA and one of clients or riders is at a show in Brussells, every time they compete, they send me their video of the horse jumping by What’s App. We go over it on the phone and I critique it.The following week, I’ll take some of those horses to another show and I’ll know exactly where they are at in their training.

Logistically, without record keeping, without meticulous organization, it wouldn’t happen. If you want to produce winning performances, it’s mainly from being organized.

Take a horse like Good Luck. He’s an incredible horse. He’s probably the best horse I’ve ever had in my career. He has a lot of energy. He’s powerful. He’s a stallion. He’s got an incredible jump—he jumps feet over the fences. I’ve been teaching him to control that energy and conserve that energy.

Looking back at when we got him originally, we would have had to work him in a particular way. Sometimes three times a day. Not necessarily working him strongly, but taking him out of the stable three times a day and doing gentle flat work teaching him to listen.

As he’s progressed and learned, he needs little bit less.

It’s not that horses are the same all their life. Or that each horse is the same. They are all individuals. It’s interesting to see the progression, if it’s done correctly. You put a lot of effort into a horse that was difficult and they become easy after a while.

My job as a professional show jumping rider is to get the best out of the horse by figuring out their mind and working with them. Records are a big part of how I do that.

I think the top guys, the best riders in the world, keep up on all the minute details. There are many at this level who probably leave a lot up to their good staff. I may be a bad delegator. I like to be in control, to know down to every last detail what the horses are doing.

I joke sometimes that I may not be the best rider in the world, but I’m the best organized.

I run my barn like clockwork. I aim for military precision. When you’ve got 15 people working for you, it’s just like with horses—some need a push, some need a cuddle. You have to find the key. It’s about being organized and structured and getting the best from everybody as individuals.

And it’s a constant battle. 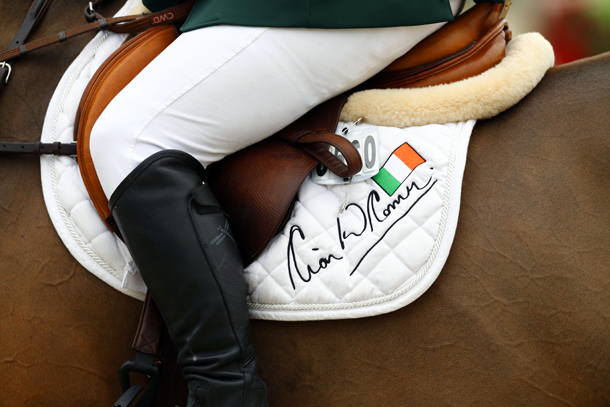