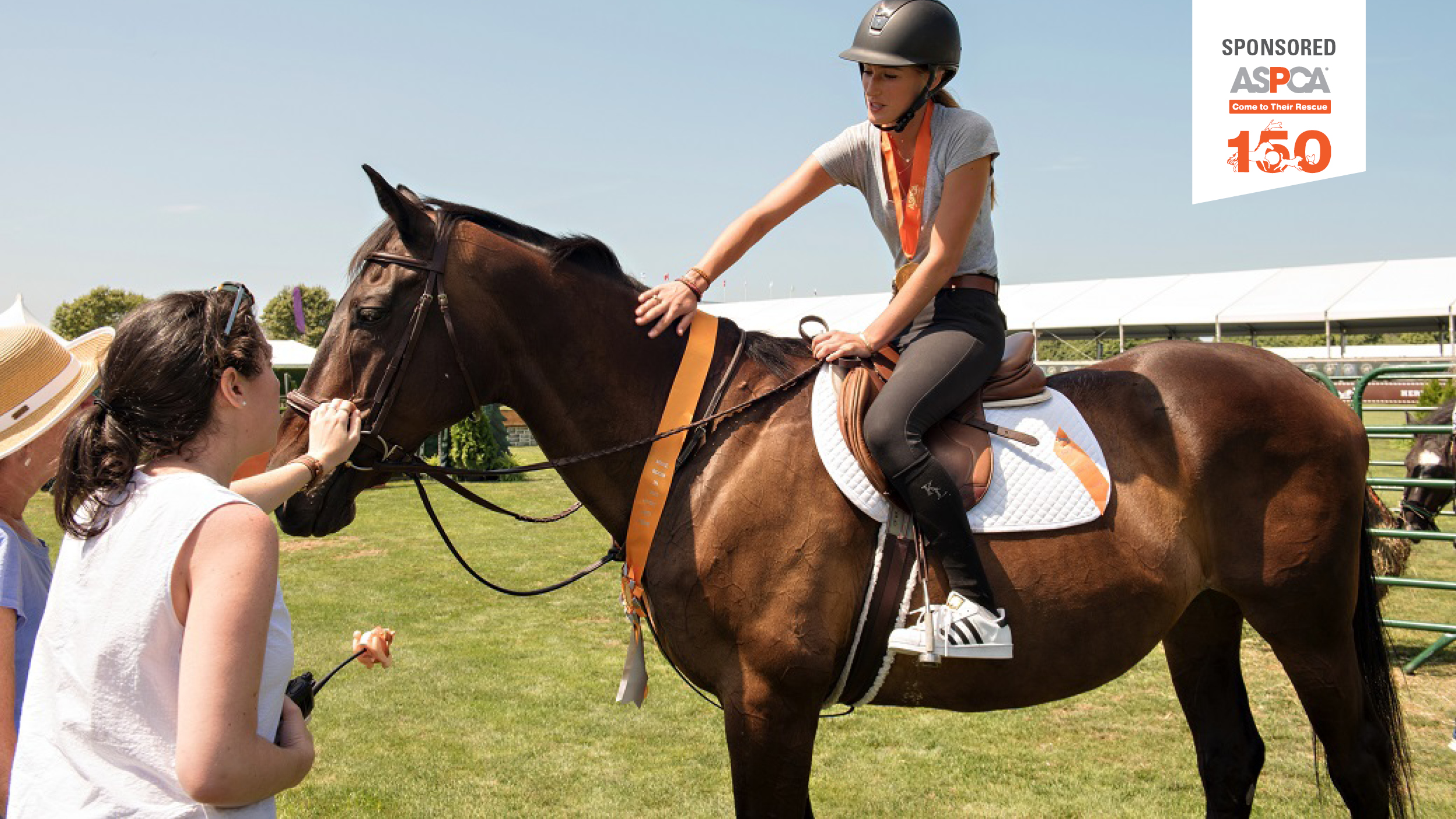 Star power can do a lot to generate support for a good cause. And there’s a reason why some of equestrian sport’s brightest stars never fail to support the ASPCA’s work to protect horses through supporting equine welfare legislation, public advocacy, professional development, horse rescue and targeted grants. As Equine Welfare Ambassadors for the organization, riders such as Hayley Barnhill, Georgina Bloomberg, Jennifer Gates, Paige Johnson, Stacia Madden, Jessica Springsteen, and Brianne Goutal never fail to show up and volunteer their time in a big way.

Here’s Why Riding’s Brightest Stars Are Supporting the ASPCA Equine Fund from Horse Network on Vimeo.

This year’s partnership kicked off with a bang at the ASPCA Adoption & Animal Welfare Day on August 29th. On hand to assist were Equine Welfare Ambassador and national TV animal advocate, Jill Rappaport, who helped to showcase adoptable animals from local rescue groups including rescue horses from Our Farm Equine Rescue, ReRun Inc. and the Kaelie Kramer Foundation and Horse Rescue, who were onsite with formerly wild mustangs to promote wild mustang protection. Other Ambassadors also joined in the festivities, including riders Georgina Bloomberg and Brianne Goutal, while Hayley Barnhill and Jessica Springsteen pitched in by providing riding demonstrations on adoptable rescue horses. These efforts paid off, and at the close of the event, 18 animals—including 14 dogs, two rabbits, and two retired thoroughbreds from ReRun Inc. named Lead Singer and Petite Warrior—were adopted into loving, forever homes.

Later that week, international show jumper Debbie Stevens was the guest of honor at the ASPCA’s 150th Anniversary Town Hall Event on September 2nd. There, Stevens openly discussed the loss of her Grand Prix horse, Phedras De Blondel, who was tragically stolen and butchered for his meat last year.

Beginning with the ASPCA’s founding by Henry Bergh 150 years ago, horses have been a central part of the organization’s mission. To date, $9.25 million has been donated by the ASPCA to equine welfare organizations caring for horses, ponies, donkeys and mules in all 50 states, with more than $1 million in equine grants provided in just 2015 alone. The ASPCA also continues to fight for equine protection at the legislative level, advocating against horse slaughter in the U.S. and against the exportation of horses for slaughter abroad. Finally, education programs and public service campaigns—such as those presented by the ASPCA’s Equine Welfare Ambassadors at the Hampton Classic—are helping to make the wider public aware of key issues surrounding equine welfare and horse adoption.

To learn more, please visit www.aspca.org/JoinBrigade and sign up for the ASPCA’s Advocacy Brigade to find out how you can help in the fight to end horse slaughter.