What Can Long-Reining Do For Your Horse?

Home > Blog > Books and Film > What Can Long-Reining Do For Your Horse? 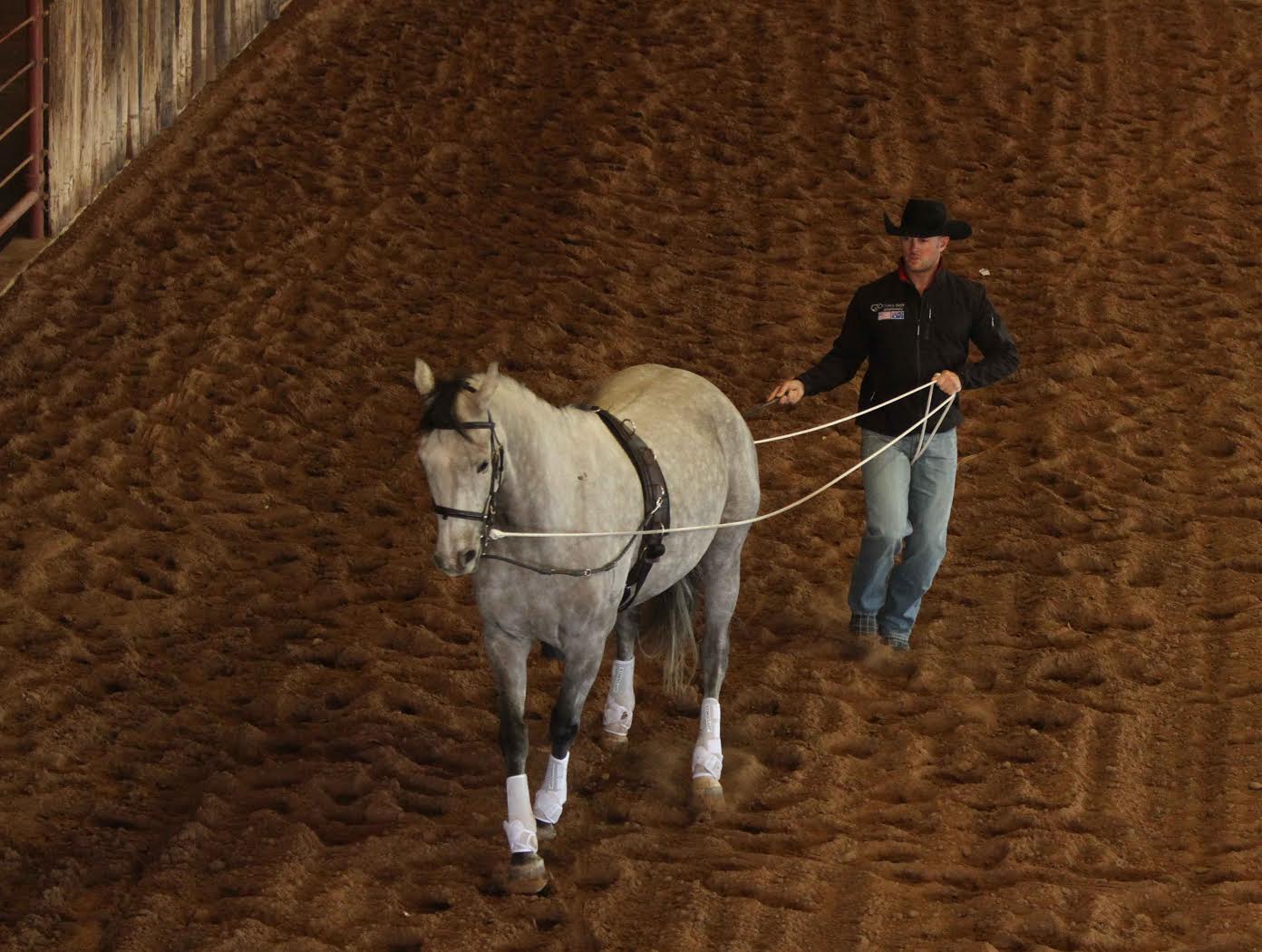 It is so easy to get stuck in a rut when working with horses. We get good at what we know and then so many of us rely on the same techniques—albeit (hopefully) progressively perfected—over a lifetime. But there is no reason we need to feel betrothed to the round pen or wed to cavalletti. There is most likely room for all manner of conscientious approaches to horse training. And the very best horsemen have a very full toolbox from which to choose.

In their new book Long-Reining With Double Dan Horsemanship, Australian superstars Dan James and Dan Steers point out that long-reining (or long-lining, as some call it) is an incredibly underused method when it comes to starting young horses or re-schooling older training projects. Long relied on by classical dressage masters, it has something to offer every horse person, providing safe controlled ground techniques, whether advancing a horse’s training or starting it for the first time. 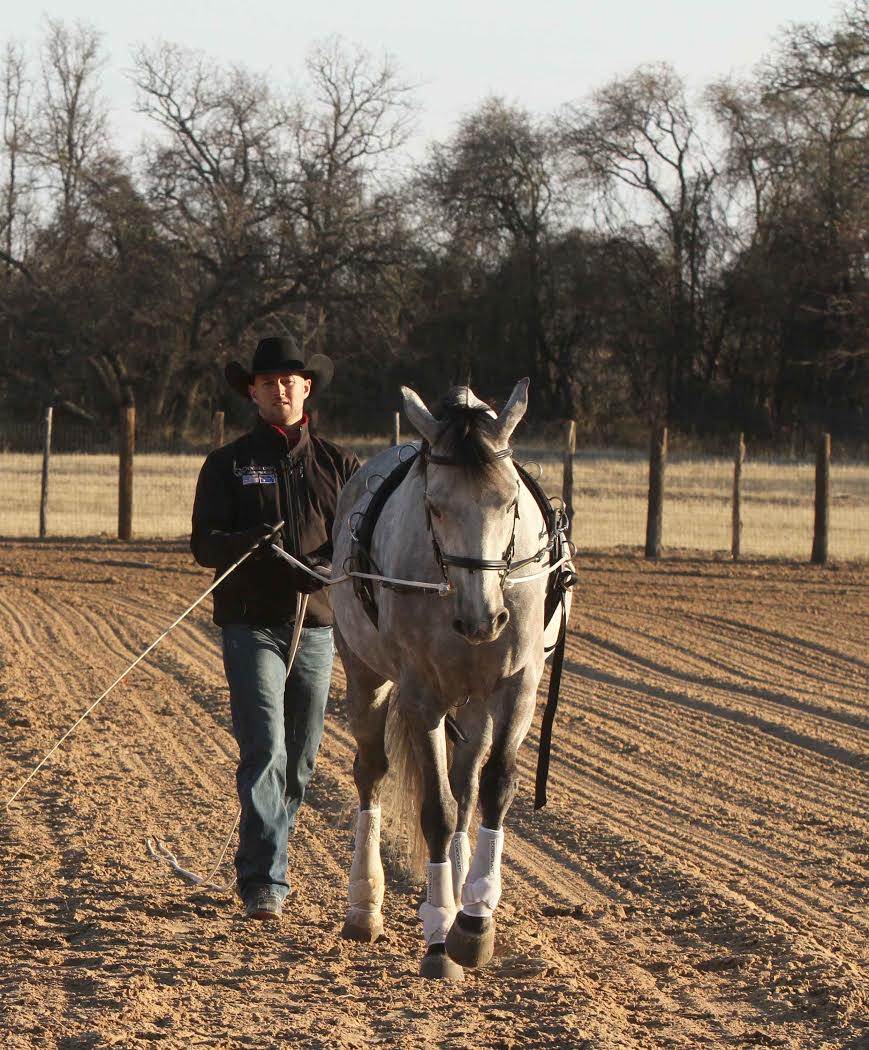 Here’s one sample of what can be accomplished in preparing a horse for lateral work under saddle:

Start your horse down the fence or wall, toggling between walking directly behind or at a ¾-angle while pushing and releasing your horse’s hip into position. For this example, the fence is on your right:

1. Begin in the directly behind position, and ask your horse to simply walk forward along the fence, with you following him.

2. To begin the Lateral Yield, you want the horse’s nose to stay next to the fence while his left hip swings away from the fence toward the inside of the arena or pasture. To do this, loosen your left long-rein and gather your right at the same time. This pressure will tip his nose to the wall and his momentum and the presence of the outside rein will carry his body into the correct position. His change in position also changes yours—because you continue to walk in a straight line, you are no longer directly behind him, you are now in the ¾ position. You will need to reinforce and continue the forward-and-sideways movement by tapping his hip with the whip.

3. At first, you only want a step or two of Lateral Yield, where the horse moves sideways and forward at the same time. Then, drop the whip back and even up the contact in your reins to allow your horse to relax back into walking straight along the fence, with you directly behind him. This is enough to practice in the beginning. You want your horse to transition back and forth from straight to Lateral Yield until he is no longer worried about it and is very consistent with his response.

4. When he is ready to move on, add the number of steps gradually. Ask for three, then four, and so on, until you can have him yield along the entire length of the fence. Obviously, if your fence is longer than an arena, take that into consideration—no sense making him yield the length of the property. Although, he’d be very good at it if he could!

What you have here is the horse walking forward as much or more than sideways. You expect his hip to lag a bit behind his nose, and that’s okay. You are just trying to teach him to move away from a driving pressure, which directly translates to leg cues under saddle.

However, with practice and refinement, you can certainly get pickier on alignment of the nose and hip, and teach your horse to travel a true side-pass down the fence. It just takes work encouraging his hip to keep up, while not losing the momentum he needs to prevent his feet from stopping. This is hard to do, and a little bit of forward motion helps horses from getting stuck or confused.

For your purposes here, though, you are looking to build to a three-track movement instead. Your horse’s shoulder will be a little ahead of his hip, allowing for that forward movement. You will be in your ¾ position. It is easy to tell in this exercise when you are in the proper position. If you look down at your horse’s feet, you will be able to see three of them. His far front will be hidden mostly from your view by the near hind. Also, as he steps away, you can see three lines of hoof prints in the dirt (where the term “three-track movement” comes from). This is because his two aligned hooves are traveling the same track, in the same exact direction. 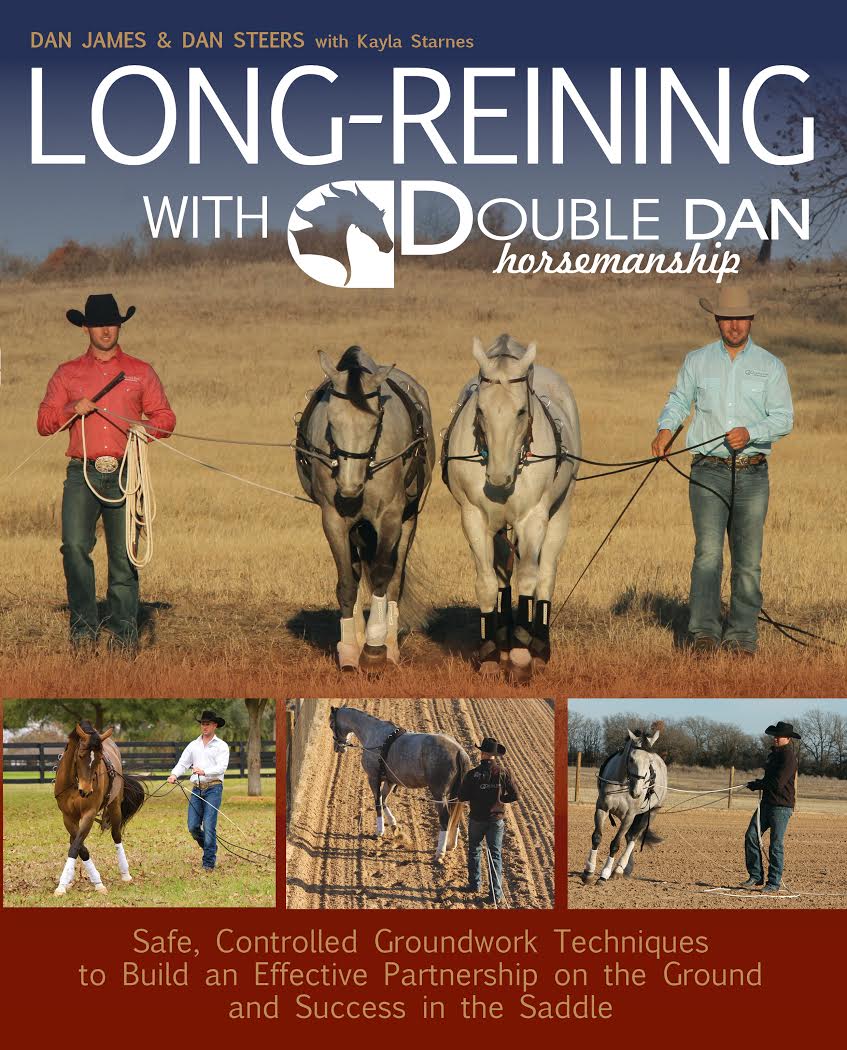 This excerpt from Long-Reining With Double Dan Horsemanship, by Dan James and Dan Steers with Kayla Starnes is used by permission from Trafalgar Square Books.