Conservation is an important part of museum work, helping to preserve paintings, sculptures, and other priceless artifacts for generations to come. But rarely do conservators find themselves dealing with just this kind of priceless artifact: the preserved body of le Vizir, the gray Arabian stallion and last horse of Napoleon Bonaparte, which is currently being restored by taxidermists at the Musée de l’Armée in Paris. 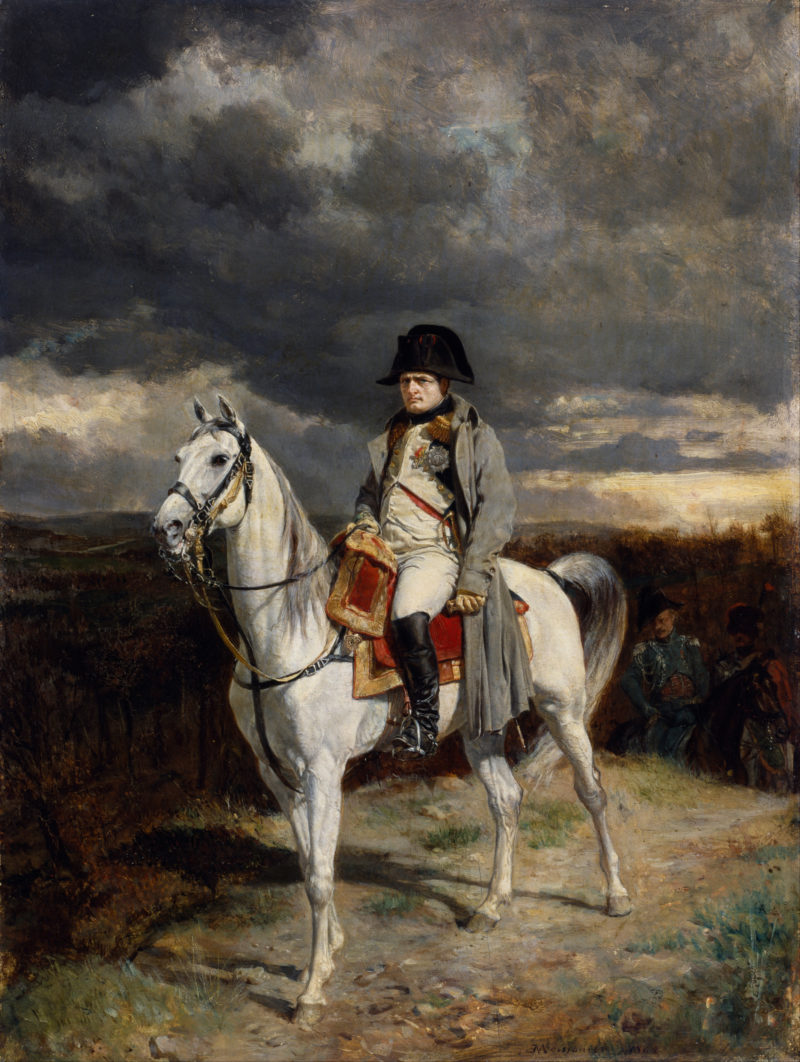 A painting of Napoleon aboard le Vizir. (By Jean-Louis-Ernest Meissionier [Public domain], via Wikimedia Commons)

Le Vizir was a diplomatic gift to Napoleon, given in 1802 by Selim III, the sultan of the Ottoman Empire and a former adversary. The stallion was  rigorously trained  at the imperial stables, as were many of the nearly 130 horses that Napoleon rode during his 14-year campaigns, some of whom included the famous Marengo (portrayed in Jacques-Louis David’s painting, Napoleon Crossing the Alps) and Mourad Bey. Though he was often painted on horseback, charging courageously into battle, in reality, Napoleon was not a very accomplished rider. Born on the island of Corsica, he didn’t sit a horse regularly until the start of his military career, when he continued to prefer small, docile horses for his mounts.

Le Vizir fit the bill, and became a quick favorite of the emperor’s, who branded him with a crown and his imperial “N”. Napoleon rode the stallion in the Battle of Jena in Prussia, the Battle of Eylau in Russia, and on campaign in Poland before he accompanied the emperor on his year-long exile in Elba in 1814.

Napoleon died in 1821, but le Vizir outlived his owner by five years, passing away at the age of 33. His remains were preserved by taxidermists in 1826 by order of Léon de Chanlaire, a stable officer who sent le Vizir’s hide on to England for protection when anti-Napoleon sympathies in France reached their zenith. The stallion was displayed at the Manchester Museum in 1843, but later returned to France, where he cycled in and out of favor with the rise and fall of Napoleon III. Eventually, Le Vizir wound up in storage at the Louvre, where he remained for nearly 30 years before he was rediscovered and moved to Paris’s Musée de l’Armée. 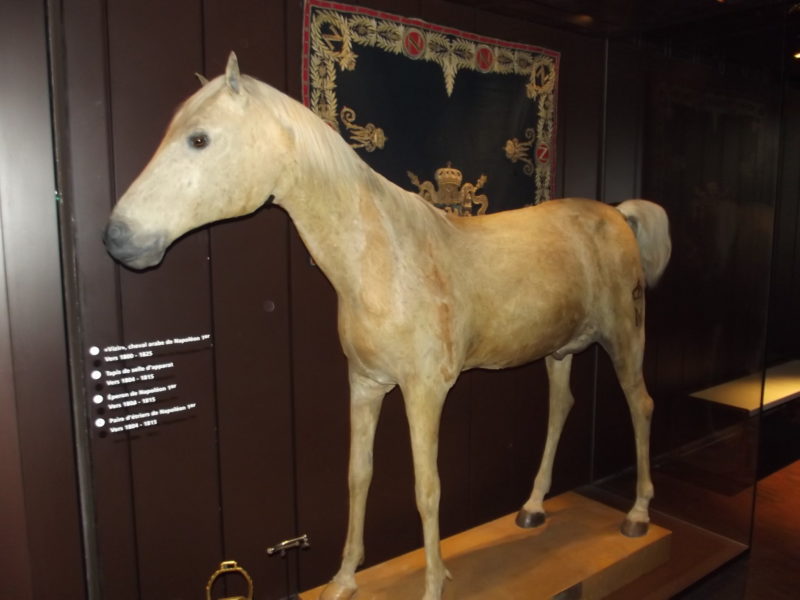 (By Sesamevoila [Own work] /via Wikimedia Commons)

Even there, le Vizir languished in an obscure hallway for years until a crowd-funding campaign called “Sauvons Vizir” (Save Vizir) raised more than $22,000 to get the little horse the attention he so desperately needed. First up on conservators Yveline Huguet and Jack Thiney’s to-do list? A thorough cleaning, followed by rehydrating the stallion’s skin, restoring his original color, and repairing some of the extensive tears in his hide.

Visitors to the museum this summer will have the opportunity to view le Vizir while watching Huguet and Thiney in action at a special restoration exhibit at the Musée de l’Armée. You can learn more in the video below.