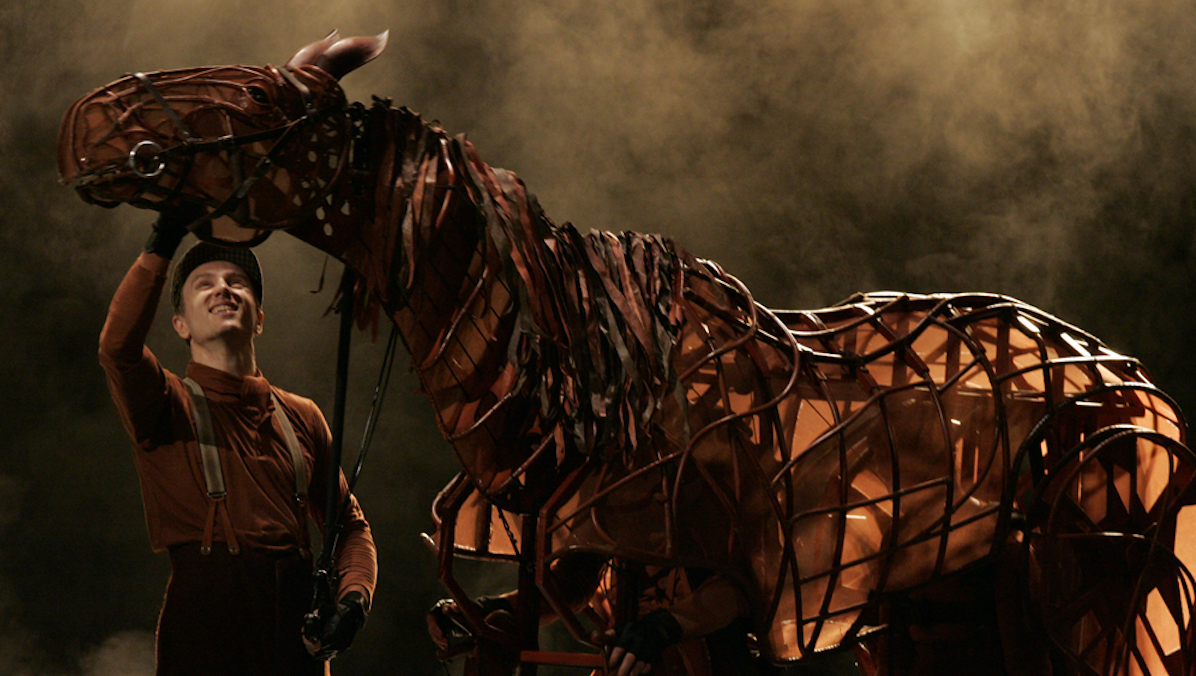 When Michael Morpurgo, the children’s writer who first penned the book, War Horse, in 1982 heard that Nick Stafford was planning to adapt his story for the London stage, his first thought was reportedly, “They must be mad.”

More than a decade later, War Horse has been seen by more than seven million people and produced in eight countries around the globe, including the U.S. and Canada, Germany, China, and South Africa. In 2011, the play’s international success helped to spur the creation of a major motion picture, which was directed by Steven Spielberg and later nominated for six Academy Awards, including Best Picture.

Coming up at #BonhamsLondon: The original puppets from the smash-hit play, #WarHorse – Joey, Topthorn, the Goose & a pair of crows – will all head to #Bonhams in #London on 13 September 2016, to be sold at an evening #charityauction in aid of the #HandspringTrust. Joey & Topthorn will make a special appearance on the night for guests. This is the only time a full set of these famous puppets will be made available at auction. Learn more through the link in our bio.

Yet Morpurgo’s initial reservations are more than understandable. The critical success that has stalked War Horse across film and stage for the last decade might well have seemed inconceivable at first, had it not been for the exceptional vision and creative skill behind its most famous (inanimate) players, the horses of the Handspring Puppet Company in South Africa. Designed by Adrian Kohler and Basil Jones, the eight sets of life-sized puppets used in the productions—which were reinforced with aluminum to make them “rideable”—took eight months to create out of leather, cane, Tyvek and book-binding material.

Three of these sets are being reserved for future productions, while another has been acquired by London’s Victoria and Albert Museum. But one lucky collector can go home with their own piece of theater history on September 13th, when one of the four remaining sets of War Horse puppets are offered for sale at a charity auction at Bonhams in London to benefit the Handspring Trust.Among the characters included are Joey, his friend Topthorn, the Goose and a pair of crows. Each puppet will be signed and numbered by Kohler, Handspring’s Master Puppeteer.

You can watch a trailer for the original National Theatre production below, or learn more about the auction here. Happy bidding!