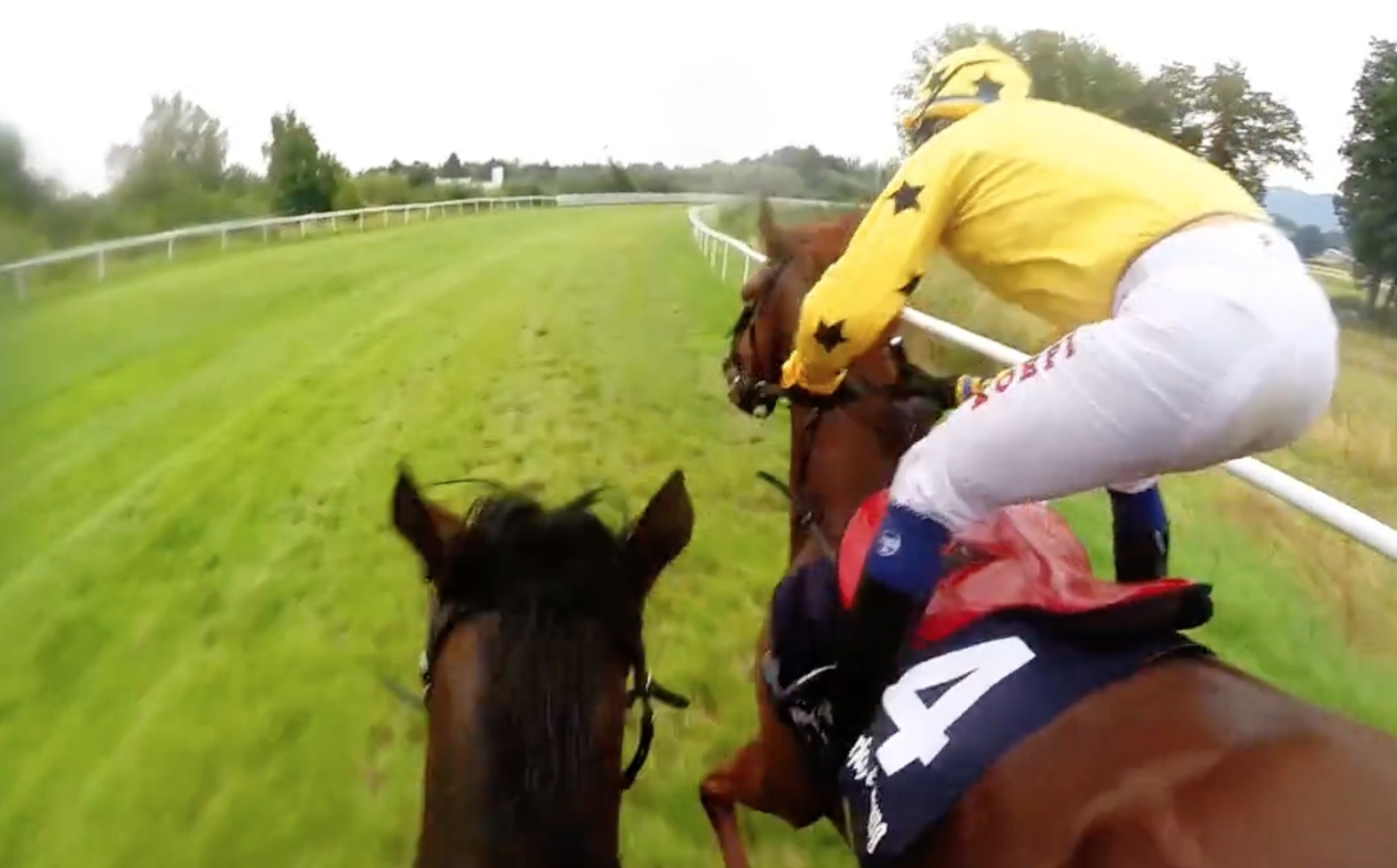 Some days were made for staying in bed. For jockey Chris Meehan that day was July 3rd, when the 22-year-old Northern Irishman suffered a series of preposterously painful events at Italy’s Merano Racecourse.

Meehan was riding in a hurdle race when he lost his seat and tumbled to the turf, getting a hoof flush to the face on the way down. The blow knocked Meehan out cold, broke his nose and left a gash on his jaw that required 27 stitches.

“The starter came over to help me because I was on my back and choking on my blood,” Meehan told the Racing Post, most likely matter of factly.

Then Meehan’s bad day got a whole lot worse. In a scene straight out of Monty Python, the tending ambulance ran over his leg.

“As if that wasn’t bad enough, the racecourse ambulance came up alongside us and reversed up onto my leg. They stopped it on top of my leg so I started screaming; it broke it straight away. Everyone around me had to push it off me. You have to laugh really.”

We’re not through here, folks, because not only did all of this really happen but Meehan’s father and brother are ambulance drivers. Really. That is what they do.

I guess if there’s a silver lining to be had here it’s that surgeons will be able to repair his nose and leg on the same day. Bundled surgery, if you will.