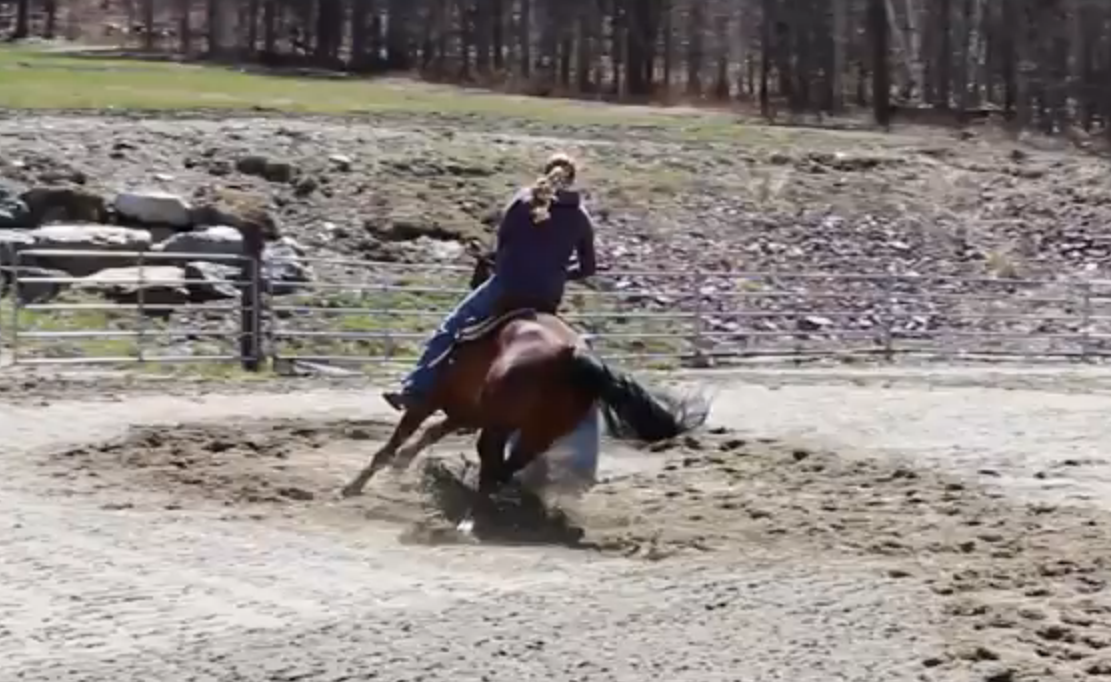 As you watch him blaze across the arena and lock eyes on the first barrel, you could easily get the wrong impression about Walter. But pro barrel racer Megan White insists that “fire-breathing dragon mentality” is just part of a day’s work for the six-year-old quarter horse, bred by Walz Performance Horses in Nebraska.

“A common misconception is that barrel horses are crazy. They’re not crazy. They’re high powered, fueled up race cars, bred to run and turn. When you suggest they go fast, they go fast, no questions asked. But my horses also love to trail ride, work cattle, stand around and get a bath, get pet by my little nieces,” says White. “Some horses are naturally more laid back than others and do this better, like Walter. He’s very relaxed about everything.”

Though he’s been competing for less than two years, White has high hopes for Walter (show name “Rare Firefighter”). At home at Big Sky Farms in Starksborough, Vermont, Walter’s day-to-day program has transitioned from training to fitness maintenance. “He’s at a point where he doesn’t need to be drilled or make a lot of practice runs.”

You can catch Megan and Walter in action here: