How to Connect With Your Hot-Blooded Horse

Home > Blog > Horsemanship > How to Connect With Your Hot-Blooded Horse

Having been a lifelong owner and exhibitor of Arabian horses, I always seem to find myself in the position of being the resident “question/answerer” about the breed among friends and at whatever barn I am boarding. Just recently, one of my horsey-friends approached me in the typical style and asked me something to the effect of “How do you deal with the Arabian personality? They are so different from other breeds…”

And indeed, they are.

The woman’s teenage daughter, who is a somewhat novice but confident rider, has an Arabian mare that has a few “quirks”. After giving the woman a few pointers and answering a few direct questions, I began to reflect on my own journey with the breed. I have ridden everything from Rocky Mountain Horses and Icelandic Ponies to Shires and even the exotic Gypsy Vanner, and Arabians are certainly in a class of their own when it comes to training, personality traits and quirks.

It is always disconcerting when I hear someone say that they don’t like “Arabians” in general because they are spooky, hot, too hard to handle, etc.. Because some of the best family horses that I know are Arabians and I’ve seen more tiny kids and amateur riders being packed around on them than I can count.

So, here are a few things that I have learned throughout the years that might help the Arabian’s reputation, as well as those who may be kindred spirits with one. There is a reason that the Arabian has long been called “The Thinking Man’s Horse”—they require a rider to have a certain mindset straight out of the gate, and they can size up a rider’s ability and mood quicker than any horse that I have worked with. They are sensitive horses that retain much of their Bedouin breeding instincts, which required them to be hard working, as well as alert and adaptable to a nomadic lifestyle. This makes for a wonderful partner, but can also pose certain challenges. While it is possible to “tell” an Arabian what you want them to do (through cues, body language and commands), it is much more effective to “ask”. If you try to bully the breed you are going to find yourself in a fight that you will likely not end up winning.

For instance, if you are working at trot to canter transitions and your head is filled with 100 different things that you need to do in order to get from point A to point B, your Arabian will sense that and maybe lose his headset or come out on the wrong lead. In this case, if you stop, sit quietly for a moment and “ask” him again with a clear mind you should find better results. 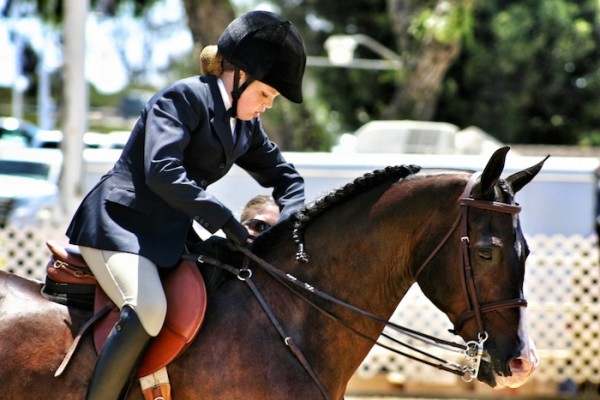 Again, the Arabian is a thinker; they can reason their way in and out of most situations. I have seen five horses of various breeds and one Arabian running through a pasture, and as they come up to a puddle some horses will splash right through and look surprised that they got wet, others will jump at the very last second, and the Arabian is most likely to be the one to go around. This isn’t saying that they don’t like water or jumping, but they make decisions with a reasoning process; they will take the safest, easiest and most comfortable path beyond an obstacle on their own.

So, with this in mind, we as riders must learn to make our horses believe that what we want them to do is the easiest, safest and most comfortable way from point A to point B. For example, it does little good to be heavy handed or rough if your Arabian doesn’t want to keep his headset. Sure, it is possible to jerk the reins or go to the spur or crop and have your horse make a decision out of fear, but then the problem is just going to keep coming back. It makes much more sense to get into his head and figure out a way to make your horse believe that what you want him to do is what he wants to do. This requires light hands, patience and commitment, but in the end, the reward is enormous because the Arabian will retain information so long as you present it in a way that he can understand. If You Need a Trainer, Find One With Arabian Experience

I mean no disrespect to all-breed trainers, and in fact, some of the best trainers that I have had have specialized outside of the Arabian breed, but this was after I had been with breed specific or specialized trainers for years. I always suggest that in looking for a trainer for a novice rider who has an Arabian horse that they find someone who has a lot of practical experience with the breed. By going this route you will find that your trainer is used to dealing with the very same things you deal with on a daily basis.

For instance, I watched a trainer at my barn working with a girl and her Arabian horse. The trainer was young and talented, but she was used to working with Quarter Horses. The client’s horse shied at something next to the fence and the trainer went on to spend the next 30 minutes focused on that particular spot near the fence, and the more forceful she became in attempting to get the horse to remain calm and go passed that point without so much as a sideways glance, the more tense the horse became. In this situation, I (or someone who has dealt with the breed for years) would have realized there are only two possible ways to handle the situation: you can pick a fight or you can just keep moving forward and redirect the horse’s attention. This is true with all breeds, but is much more pronounced with the sensitive warmbloods.

Don’t Lose the War Just to Win a Battle

This is probably the most common advice I give to people who ask how best to deal with their Arabian horses. The plain and honest truth is that if you start a fight with an Arabian, you better be willing to stay in it for the long haul.

In my early days of riding, I can’t tell you how many times I found one little thing to focus on and suddenly what was supposed to be a 45 minute to 1 hour workout turned into a 3 hour losing battle. The more tense or angry I became the more my horse fought against me. When she would finally quiet, come into my hands and do what I asked, it wasn’t good enough for me. She had to do it perfectly five more times before I was satisfied, and that just didn’t work.

So, if you are dealing with a maneuver like the flying lead change for instance, and your horse is fighting you a little bit, do everything that you can to calm yourself, clear your mind, and “ask” without “telling”. As soon as your horse comes over to your side even an inch, thank him and move on to something else. Focus on the good things, and always end a workout on a good note because the Arabian will remember the last thing you told them during your previous workout as soon as you swing your leg over the saddle the next time that you plan to ride. Many of these lessons can be applied to all breeds but the Arabian horse is quite special and requires a certain amount of thoughtfulness by the rider. He will listen, reason, calculate and make decisions in his head quicker than most horses and you want those decisions to be the ones that you are looking for. So, the next time you are out with your Arabian, or see an Arabian, take a moment to praise his incredible mind and heart instead of assigning stereotypes based upon his breeding. 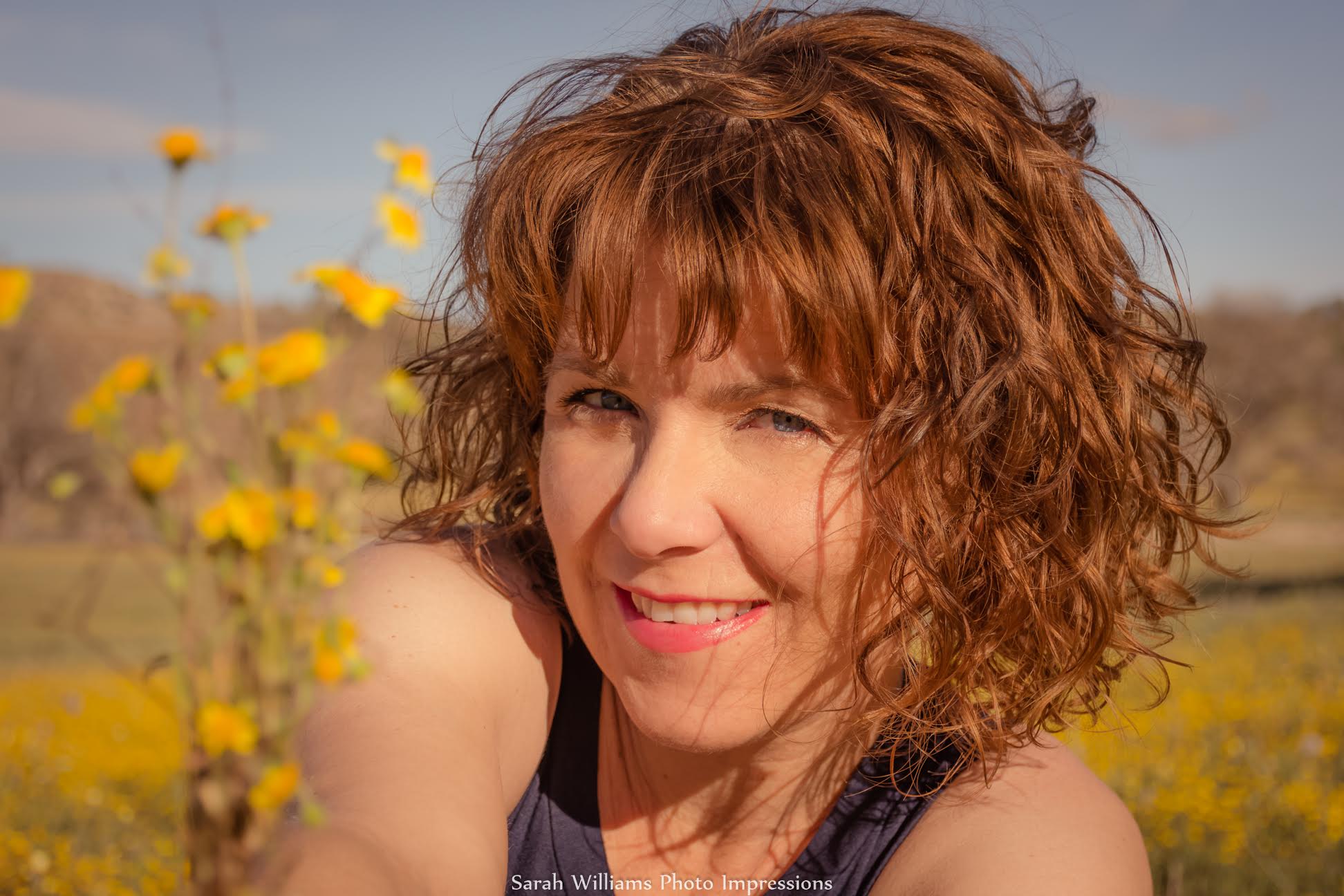 Sarah Williams is an editor and staff writer at SLO Horse News. A lifelong equestrian, she’s currently focused on her love of Reining with her half Arabian, TR Hollywood Princess.