5 Myths About Colic You May Still Believe

Home > Blog > Learn > 5 Myths About Colic You May Still Believe

Colic has been recognized in horses for a long, long time, but it’s only fairly recently that have veterinarians have been able to accurately diagnose, and effectively treat, colic cases. For example, Chinese observers of a few centuries back recognized the signs of colic, and saw that affected horses couldn’t defecate, and even wrote about the problem in an early 17th century text. However, since the Chinese didn’t understand the horse’s anatomy, they didn’t really know what was going on. So, they concluded to effectively treat colic, a person should insert his arm into the horse’s rectum and attempt to remove feces from one of several “points” at which a blockage might occur.

CURIOUS NOTE: These observations seem like a perfectly reasonable suggestion to me, given the state of knowledge at the time. I mean, if you feel around inside a horse’s abdomen, you do encounter different things in different places. However, the idea that you could remove feces from “points” inside the horse’s abdomen to help cure colic gave rise to the modern myth that these points were “acupuncture points” to be used in the treatment of colic. Actually reading the text that came with the pictures in the book might have helped dispel that myth. Heck, even looking at the picture that came after the original “point” illustration would have helped, at least you’d think.

Medical myths often get started with reasonable observations, which they have a remarkable ability to stick around, even after there’s good proof that they are myths. Many myths about colic persist today—so let’s see if we can take on some of the more common ones. You never know, it might give someone some peace of mind.

1. Horses do not seem to colic because the weather changes.

It’s hot one day – it’s cool the next. Or the rain moves in. Your horse colics. What could be a more reasonable association? But the weather changes all of the time, and horses colic all of the time (colic is, after all, the most common medical condition of the horse). One seems not to have anything to do with the other—at least, not consistently, according to the studies—but since they both occur often, it’s easy to make an association. Most studies have even shown that weather changes don’t cause colic. If you’d like to see a few of the studies, including one that does show an association, CLICK HERE, CLICK HERE, CLICK HERE, and CLICK HERE.

On the other hand, I’m not sure what you would do with information that weather changes cause colic if it were true. It kind of reminds me of the old joke about the silly person who, upon finding out that most automobile accidents occur within 25 miles of your home, moved. The association between weather and colic isn’t confirmed, but it’s not something that you could do anything about, even if it were true. I don’t really worry much about things like that. 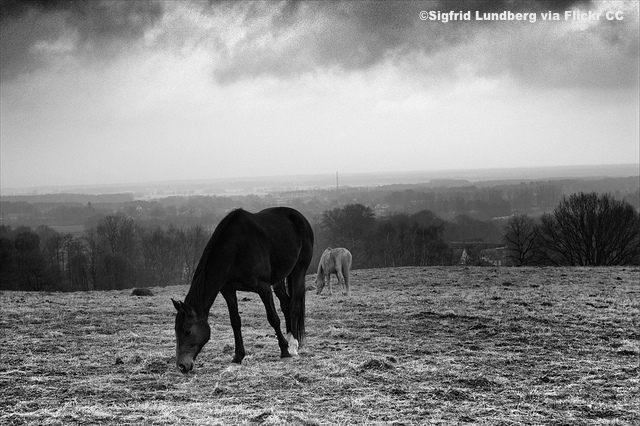 2. Horses don’t twist their intestines when they roll.

So here’s another curious observational fallacy. The pain that occurs from a twisted intestine is extreme. One of the ways that horses with intestinal twists (volvulus, strangulation, entrapment, and such) show that extreme pain is by rolling around. But it’s the twist that comes first, not the other way around. In human medicine, it’s thought that intestines twist around scar tissue, or maybe from the weight of feed—to my knowledge, no one knows if there’s anything like that in horses. If you’re really interested in this problem in humans, CLICK HERE to read a great article from MEDSCAPE.

If a horse is beating himself up from rolling around frantically in pain, there’s certainly ample reason to keep him from doing so. However, if your horse rolls, the gut isn’t in danger of twisting. In the worst cases, it has probably already done so. 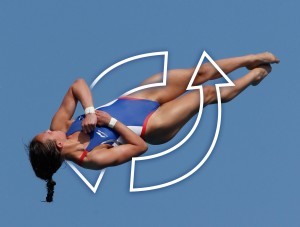 3. Walk your horse, no matter what.

I think that the idea that horses need to be walked when they have a colic probably comes from the concern over twisting a gut. “If they can’t lie down, they can’t twist their gut,” is how the thinking must go, I guess.

Walking is not directly therapeutic for a colic. If a horse is relatively comfortable lying down, there’s no real reason to get him up just so that he can walk. Imagine you, on the couch, feeling bad after that spicy food your ordered against your better judgment; how would you feel if someone came up to you and said, “OK, let’s go, we’re going for a walk.” Justifiable homicide, in my book.

That said, there may be some slight benefit to walking a horse with colic. It may help distract the horse with a mild case colic, and help him forget about his pain. It also gives the owner something to do until the veterinarian arrives! 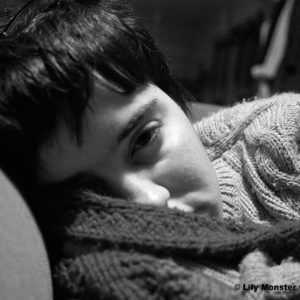 4. Banamine® (flunixin meglumine) is a potent pain reliever for your horse with colic.

When it was first released, a few decades ago, flunixin was heavily advertised as “the” drug to treat colic (with some beautiful illustrations). Based on those advertisements, it seems that horse owners have learned that the drug is a “must” for treating horses with colic. In fact, some people even say that it is so potent that it works within minutes of its administration, (which, given what we know about how the drug works, isn’t possible).

The scientific evidence doesn’t back up the idea that flunixin is a very potent drug, and it certainly doesn’t seem to be a “must” for treating a horse with colic. In fact, experimental studies on the drug have shown that it’s not very effective at all at treating the pain of colic (CLICK HERE). Flunixin is a useful drug in certain circumstances, but it’s not a miracle drug for anything. 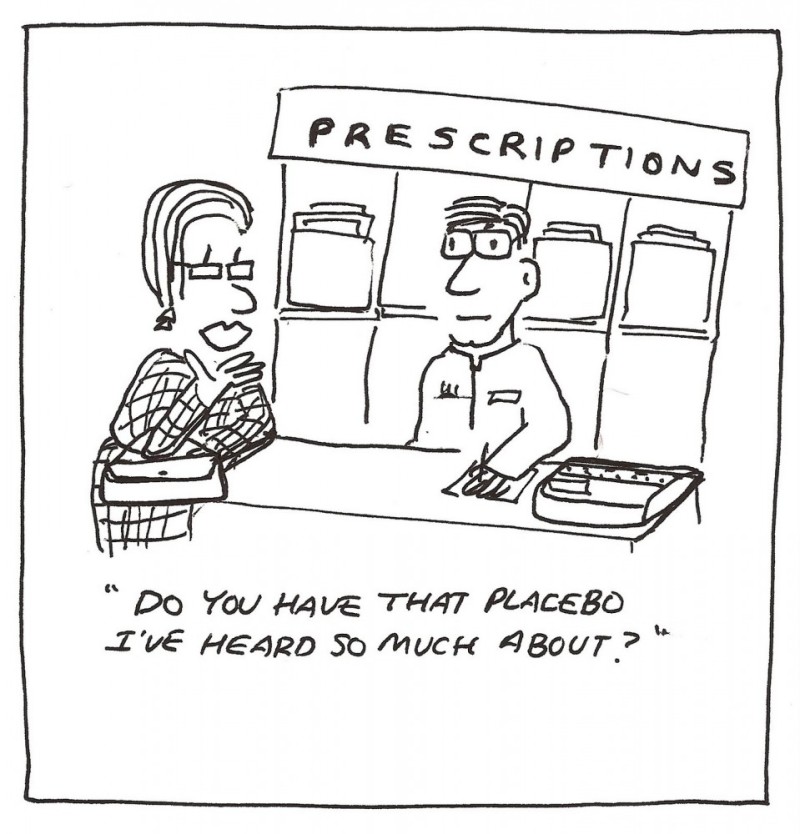 NOTE: There’s no reason at all to give any drug for any condition, without a proper diagnosis. If you have flunixin in a medicine chest or tack box, I personally don’t think you should give it to your horse with colic without consulting with your veterinarian first.

5. Add “alternative” treatments to help your horse with colic.

Some people may add things such as acupuncture or massage to their efforts to help a horse with colic. Others may add any number of supplements that are said to help prevent colic, or do such things as “aiding” in digestion. Keeping horses is expensive enough—save your money.

In general, there’s no evidence at all to indicate that any “alternative” things are helpful, either in the prevention or treatment of colic.* In the case of acupuncture, there’s good evidence that it doesn’t help at all (CLICK HERE). If your horse has a colic, focus on getting quick and proper diagnosis and treatment. Don’t look for any “alternatives” to that!** 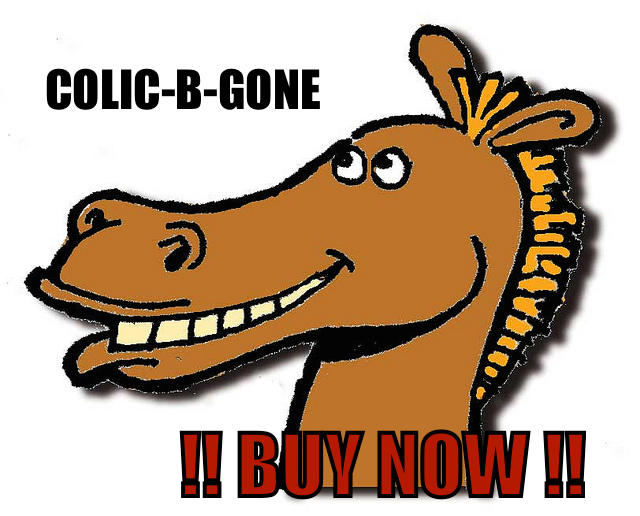 When it comes to colic, the two most important things to keep in mind: 1.) It’s the most common medical condition of the horse, and 2.) most cases of colic will resolve on their own, or with medical treatments (of course, there are many individual exceptions). Adding treatments that lack evidence of effectiveness only adds to your costs, not to mention anxiety. Of course, if you’re worried—and in some cases, you certainly should be—you should always consult with your veterinarian. Keeping a level head is always the best way to go!

* One could argue about the usefulness of giving horses psyllium to treat or prevent colic caused by sand accumulation. I don’t really think of that as an “alternative” treatment, but I thought I should mention it. I really don’t think it does much—the best way to prevent sand accumulation is to try to keep your horse from eating sand.

** You may have noted that some supplement companies are now offering to pay for part of your horse’s colic surgery if he has a colic while on the supplement. This is really cagey marketing. The fact is that most horses that colic don’t need surgery. So, if you could somehow get everyone with a horse to buy your supplement regularly, and then absorb some of the cost of the occasional surgery, you’d be money way ahead—and even farther ahead, depending on your markup. If you’re really worried about paying for colic surgery, just buy insurance. It will be way cheaper in the long run.

This article is for informational purposes only and does not necessarily represent the views of Horse Collaborative. If you have a question regarding horse health, please consult with your local veterinarian.