It is 2015 and horses, instead of graduated cylinders, still remain key players in the production of Premarin.

Premarin is prescribed to women to reduce menopausal symptoms and minimize the effects of osteoporosis, heart disease, colon cancer, and Alzheimer’s disease. It generates approximately $1 billion in sales each year. Seen beneath the tail are the “UCDs,” or Urinary Collection Devices. Photo by horsefund.org.

Competitively, no other drug can touch Premarin on the market. This is not from lack of other companies’ efforts. At least a dozen synthetic and plant estrogens have been approved by the FDA over the years—Climara, Estrace, Estraderm, Estradiol, Neo-Estrone, Menest, Clinesten and Ogen—but these are not generic equivalents to Premarin and therefore are not prescribed as such.

While the composition of the generic drugs listed above are similar to Premarin, they are not identical and according to a report published by Partners Community Healthcare they “should not be considered as alternative substitutes to the long term use of Premarin.”

Statements such as these can be defended by technical loopholes and patent laws regarding exclusivity. In order to keep any other company from producing a cheaper synthetic version of Premarin, Wyeth Ayerst (absorbed by Pfizer in 2009) spent years contributing to political campaigns and sending lobbyists to Washington to petition the FDA to defend the “quality” of their drug and its “proved efficacy” in comparison to other, less established versions.  The law of bioequivalence states that “Two products are considered equivalent when the rate and extent of absorption of the generic drug does not show a significant different from the rate and extent of absorption of the brand drug.”  Wyeth Ayerst singled out one particular compound found in the naturally derived mixture of mare urine, delta 8,9-dehydroestrone, and claimed that any generic form of Premarin had to include this compound in order to be considered equivalent. They requested that the FDA approve their patent justification and in 1995 won their victory. 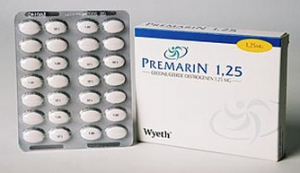 Premarin is the only drug that can claim the presence of “Conjugated Estrogens.”

Shortly after this approval was granted, Wyeth Ayerst announced that they held the patent on generic delta 8,9-dehydroestrone, anyway, effectively blocking out any other competition with a stamp of permanence.

Robert C. Sergott, a physician and researcher from Philadelphia’s Wills Eye Hospital, was quoted saying: “The medical, scientific and legal charade of delta 8,9 must be terminated. From the perspective of a practicing physician, Wyeth-Ayerst appears to be manipulating the American legal system and the FDA review process in order to maintain their monopoly and increase health costs.”

So why are horses still being exploited to make this drug? If Pfizer owns both patents, why won’t they make generic Premarin instead of organic Premarin? The answer is unsurprising: because they will face sizable profit losses otherwise. Prescription plans, health maintenance organizations (HMOs), and Medicare and Medicaid use the lowest cost versions of a drug available. But as long as the price of Premarin is high, people will be forced to keep paying for it.

In seeking further explanation for why Wyeth does not want to generically create Premarin, the contracts that Wyeth has made with PMU farms must also be taken into account. In many cases, owners are dependent on the income it provides for them. This has been an argument used by Pfizer in many cases when trying to justify the Premarin industry and its unwillingness to change their manufacturing techniques.

Over the years, Premarin brochures titled “Quality, Commitment, and Caring” have been published as a means to defend against public criticisms based on animal welfare concerns. These brochures praise Wyeth’s dedication to upholding the natural way of creating medicine: “No synthetic components have ever been introduced to the unique combination of our natural estrogens.”

There are featured colored photographs of horses grazing in green meadows with captions that say: “providing for the care and well-being of our horses is crucial to the production of Premarin. No other type of livestock ranching has as many checks and balances for animal care and welfare.” 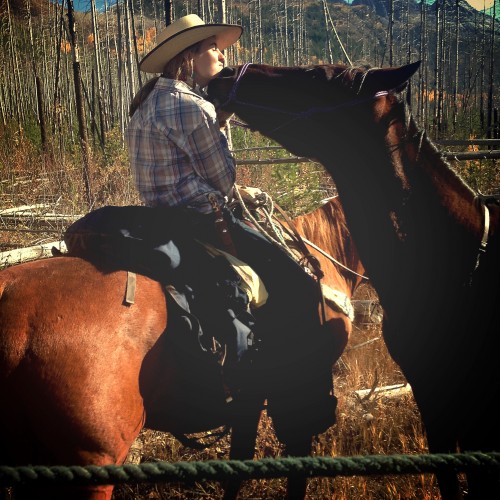