Wathelet: “This Horse Is Special to Us”

Home > Blog > Desert Circuit > Wathelet: “This Horse Is Special to Us” 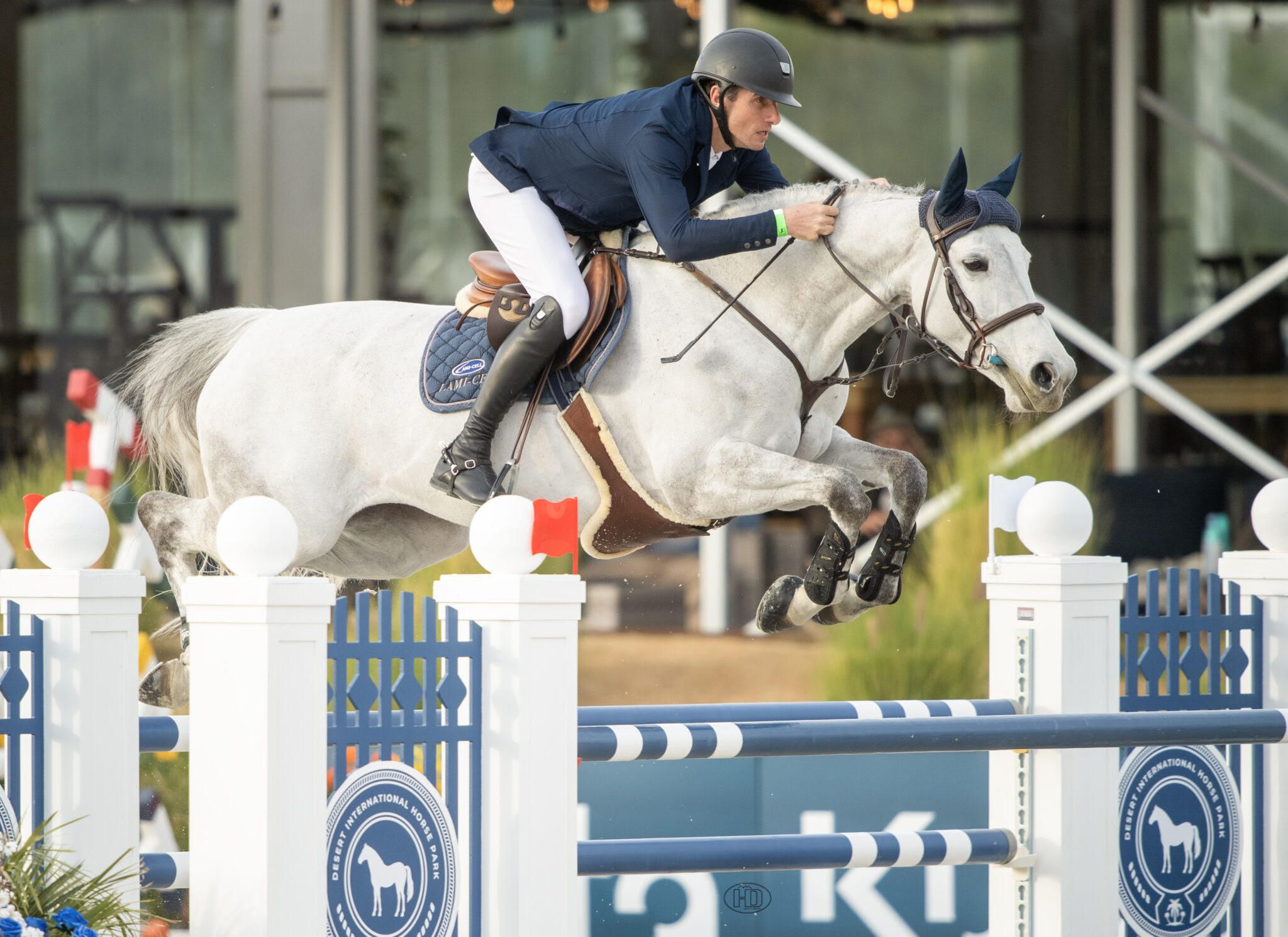 Gregory Wathelet’s Argentina de la Marchette is the result of a bit of luck.

Bred by Gregory Wathelet’s father, Hubert, and born on their family farm in Luxembourg, she’s the product of a “normal mare (Callysta LN) and a local stallion (Acajou de la Marchette).” But it didn’t take long for the grey mare to prove herself in the ring.

“She was a Belgium champion at seven years old and had always super quality,” said Wathelet.

Now 11, Argentina de la Marchette competed up to the 1.60m height and boasts an 55% average clear round rate, according to Jumpr App. Save one performance at 1.10m with Ugo Berrittella (BEL), Wathelet is the only rider to have campaigned the mare in international competition, which is to say he’s acutely attuned to what works for their partnership.

“She has blood. She has not attitude, but she’s a little bit sensitive. You need to know how to manage her to ride her, but when you have it okay, then she’s a super jumper,” he continued.

Twenty-nine combinations took on Colm Quinn’s speed track. World no. 5 Conor Swail (IRL) set the time to beat mid-class with his ever speedy chestnut, Theo 160, stopping the clock at 60.81 seconds. It was over a second faster than Ali Ramsay (CAN) and Bonita VH Keizershof Z’s then leading time of 62.87.

“I saw Conor. It was fast. And I know he’s a very fast rider, but I also know my mare can be very fast,” said the Belgian Olympian. “But I was not sure if I should go and try to catch him because she’s quite hot and if I go too [fast before] Sunday[‘s Grand Prix], it’s not the best.”

Wathelet found the galloping eight strides from fence one to two, then kept to his plan and pace, ultimately pipping Swail to the post by two tenths of a second in a time of 60.62.

“I didn’t expect to be faster, to be honest. I was thinking I’d be third or something like that. And then in the end I was faster. So she’s naturally very fast.”

The win marks the 15th podium finish of the mare’s career and ninth victory.

With three wins now in two days on the four horses he brought to the Desert Circuit, Wathelet is enjoying the moment.

“That’s the sport,” he smiled. “You know how it is. Maybe next week or by tomorrow, I have one down every day and then it’s done. We need to enjoy when we are winning. But for sure, my horses are looking good and fresh. And let’s hope things continue like that.”