Bond Did It for Her Mama 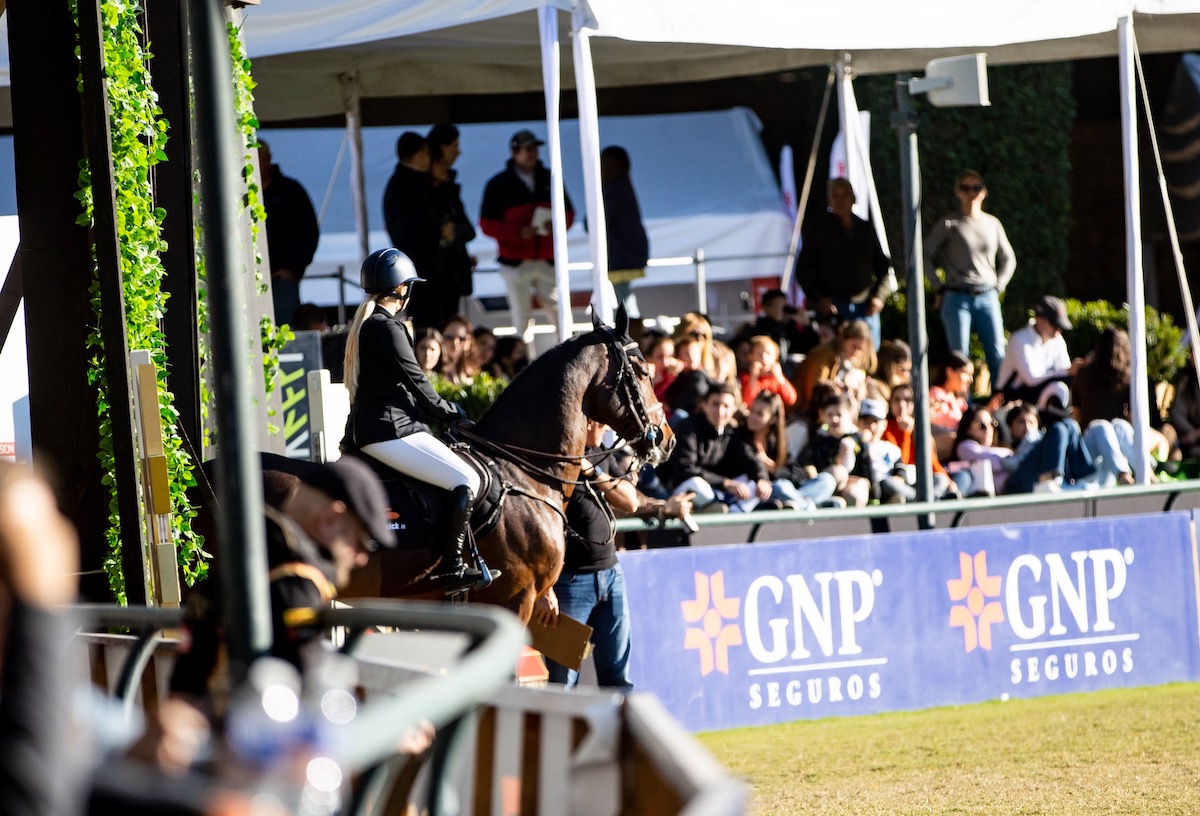 When Ashlee Bond took to the La Silla arena for the post-event interview on Sunday, she brought the crowd to their feet and tears to their eyes.

The Israeli rider emotionally dedicated Sunday’s Major League Grand Prix win to her ailing mom. And then thanked the crowd for being there and cheering the riders on. If the returning cacophony of applause didn’t solidify her status as an honorary Mexican, the swarm of well-wishers asking for photos with her as she left the ring certainly did.

Bond is the archetypal California-girl. She radiates sunshine. And is known for both her easy smile and killer instinct in the ring. This week in Monterrey though, she was navigating a challenging hurdle outside the ring.

“We’ve had some family stuff going on,” shared Bond. “My mom got sick and she has a very good prognosis, so dad has been kind of MIA [at the horse shows] and with her, where he should be.”

Steve Bond is both Ashlee’s father and flat rider. He’s a near constant presence with her at shows, tuning the horses on the flat before she goes in the ring, and her most vocal supporter on the sidelines, riding every stride with her. When Ashlee is in the ring, Steve is usually pacing just outside of it.

While he’s been noticeably absent the past three legs of the MLSJ tour in Mexico, Ashlee’s results proved the strength of their system—perhaps most importantly to herself.

“It’s rewarding to know that I can also do it, you know,” said Ashlee. “Not without Dad, but we’ve been doing this together for so long that you question, am I good enough to do it on my own? And it’s just been going really well and it’s nice to kind of finish this tour with a really good performance.

Only two of the 36 starters advanced to the jump off in the Gregory Bodo-designed 1.55m course in the GNP CSI5* MLSJ Grand Prix. Riding late in the order, Bond was first to find a clear path. With fewer than ten riders remaining, hopes of a jump off slipped further from reach until the final rider, Darragh Kenny, took to the historic La Silla grass ring aboard Great Tikila J and posted a foot perfect round.

First to return for the short track, Bond’s strategy for the jump off with Donatello 141 was clear:

“I didn’t have one because I didn’t learn the jump off,” she laughed.

“It’s my thing. I am a little superstitious. But it’s also I think I don’t need to deal with it until I’m in the ring. I know my horse so well and walking [the jump off] doesn’t really help me in that situation I find. It gets me thinking too much. I just need to ride.”

And that’s precisely what she did.

Bond executed a second and speedy fault-free round, stopping the clock at 37.27 seconds.

“[The jump off] looked right up Donnie’s alley, lots of turns and just a few long gallops here and there. And I just kind of do my thing and let the chips fall where they may. And it didn’t matter who was coming after me. I did what I felt was right for my horse. And if that brought me to the top of the podium, great. And if it was second, it was still an amazing day.”

When Kenny dropped a rail at the b element of the double, the win was handed to Bond.

“Donnie” already has an impressive track record with Bond. Purchased off a video at age six as an investment horse, he won his first World Cup at age eight and has accumulated over 700,000 euro in prize money to date. In 2021, he took Bond to her first Olympic Games in Tokyo where they finished 11th individually.

Now 11, Bond thinks he’s only getting better with age.

“I feel like he’s just hitting his stride, in his prime. I’m excited for the next however many years I get with him,” she said, adding she’s not ruling out a bid for Paris 2024 with the bay gelding.

Much like his rider, the Donnie’s strength is rising to the occasion.

“In the jump offs, he’s just knows that it’s game time and he just gives you even more than he does in the first round,” she said. “You can feel he’s even more pumped. I jump four jumps in the warm up. I go in the ring and I just let him do his thing and try to stay out of his way.”

That same mindset that has helped Ashlee thrive in the ring is helping her in life outside of it.

“Life is tough. You go through things and you’ve got to keep the faith and put your head down and work,” said Bond.

“My dad instilled that it in me. I mean, okay, he’s Israeli. My mom is a strong woman. He’s a strong character. So I was kind of born tough, but he developed that into a winning mentality, I guess. I’ve always been better under pressure and adversity. So that’s thanks to him and my mom.”

Major League Show Jumping next heads to California’s Desert Horse Park in December for the final two legs of the tour. Bond—and her parents—will be there.