Another Day at the Office for Farrington

Home > Blog > Show Jumping > Another Day at the Office for Farrington 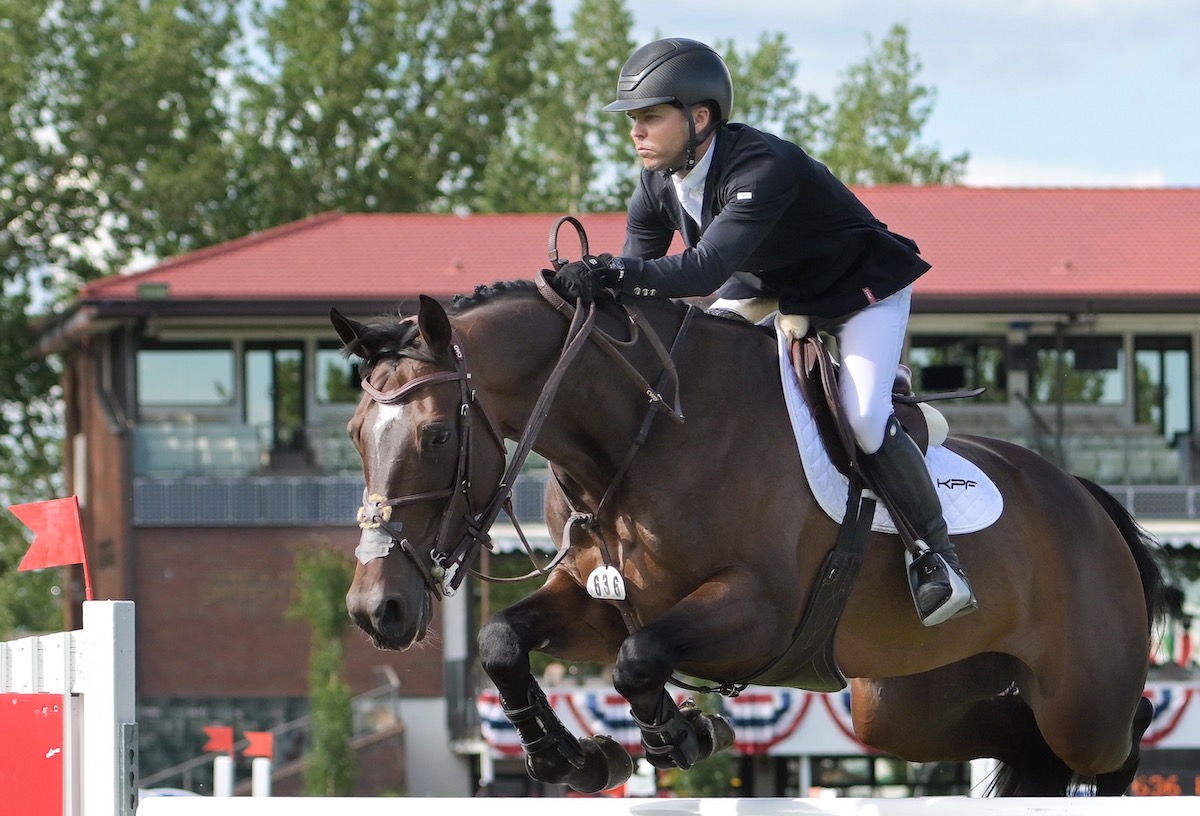 When winning is the business, Olympic medalist Kent Farrington puts in the billable hours.

“I try to keep everything the same because I think horses thrive off methodical training and consistency,” said the World No. 12 of preparing for a 5* Grand Prix.

“I think that’s how horses get confidence and are confident in their riders. I try not to change. I’m always pretty cool. My focus is on the job at hand and I try to have the horses be the same so that it’s another day at the office, so to speak. Even though it’s bigger stakes, you want the horse to always just rely on the same skill set and training that you do every day.”

Only three of 27 starters found a clear path around Peter Holmes’ course to advance to the jump off, Farrington being two of them. He captured the win with rising star Orafina in 44.51 seconds and opted to save his Olympic mount Gazelle for Saturday. Katherine Strauss (USA), the only other challenger, stopped the clock at 48.18 on four faults for second place.

“All the horses I ride are are very, very careful. So teaching them to also be brave and to see new things is part of why I bring them to Spruce Meadows. I think that there’s a balance between the super light modern sport and the old fashioned style jumping, which we see a lot of here, where horses get a ton of experience.

“[Orafina] has had a very strong season here, and I think she’ll come out of it a better horse.”

Orafina may be Farrington’s most consistent winner at the moment, boasting an incredible 70% clear round rate over 10 rounds at the 1.60m level in 2022, finishing in the top 10 in 83% of those (JUMPR App). But it’s veteran partner and two-time Queen Elizabeth II Cup winner Gazelle that he’ll point at Saturday’s Grand Prix.

“The two rounds are always more difficult,” he explained. “There’s an element of fitness that plays into that more than a regular Grand Prix. I think an experienced horse sometimes has an advantage in that they don’t overexert themself doing two rounds.