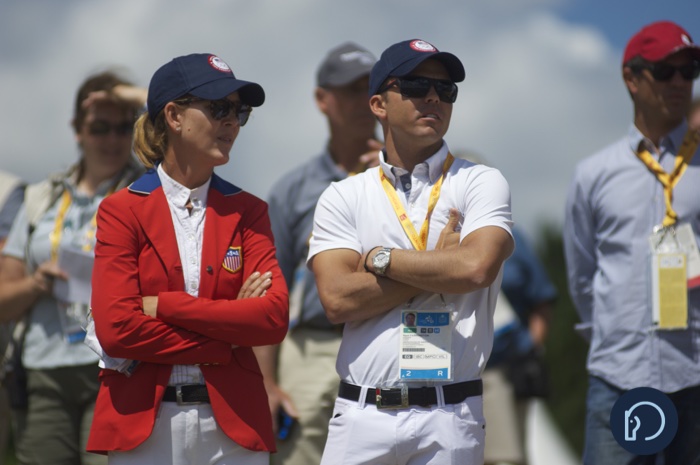 The World Cup Final is over, but there’s plenty of championship action ahead in 2022.

The FEI Jumping World Championships will be held in Herning, Denmark from August 6-14, which means the team qualification race has officially begun. Ten athletes have been named to the U.S. short list and will participate in up to two Observation Events in Europe before the five-member team is announced in July.

Color no one surprised, Kent Farrington makes the cut with three horses, which suggests that it’s his horse power that’s being decided as opposed to the security of his spot on the final team. He starts in with Gazelle, a 2006 Belgian Warmblood mare; Landon, a 2013 Zangersheide gelding; and Orafina, a 2012 KWPN mare.

Orafina is still building up, but the future is looking bright. Most recently she won the $140,000 Brainbridge Companies Grand Prix CSI3* on April 16th.

“I have now had Orafina for almost two years. I really think a lot of her. She was quite green when I first started riding her. She is exceptionally careful and is really fast, so she is my kind of horse. I am excited about her future,” shared Farrington of the 2012 KWPN mare by For Fashion x Corofina.

You are likely already be familiar with Gazelle, the 16-year-old mare who has collected many top finishes with Farrington. In November, she put the CSI4*-W Longines FEI Jumping World Cup™ Lexington under their belt.

While Landon hasn’t logged any international wins with Farrington yet, he is relatively new to the string. Farrington took over the ride from Belgian rider Niels Fockaert in September of 2021. The gelding is also the youngest of the three horses to qualify at nine-years old.

Bliss Heers was short-listed for the Tokyo Olympics team with Antidote de Mars after jumping double clear in their senior Nations Cup team debut in Wellington that year. The 2010 Selle Français stallion has an 85% four-faults or less rate, and placed third in the CSI5* in February this year at WEF.

“I met Antidote after a very bad accident I had in 2018. I’ve always ridden young horses, but after the injury my parents were very enthusiastic about trying to get me another horse, but this time one that wasn’t so young, where I could try to get a little bit closer to reaching the championship level on,” said Heers.

“Even though I was barely riding at the time, we just clicked. When I rode him I felt like he just wanted to take care of me. It didn’t matter what I asked of him, he just wanted to do a good job, and that’s all I can ask.”

Keenan has had the ride on Agana Van Het Gerendal Z since 2018, scoring some impressive highlights over the course of their partnership. They were part of the silver medal team during the CSIO5* Nations Cup Final in Barcelona in September, and had a respectable winter circuit at WEF, where they finished first in the $37,000 Adequan® WEF Challenge Cup Round 1 CSI3*.

“My horse is ridiculously talented so really my job is to stay out of his way,” said Keenan, though she admitted it wasn’t exactly love at first ride.

“Honestly, when I tried him, I didn’t want him. I knew that he was very talented. He has been winning since he was four years old with his previous riders, always a winner, but I felt that I didn’t necessarily suit him very well. My mom was the one that picked him and was like, ‘You are learning to ride this horse, and we are buying him’,” said Keenan.

Conversely, Argan de Beliard is new to her string. She took over the ride from Portuguese athlete Luis Sabino Gonçalves in December, 2021. So, they’ve only had the winter circuit to truly get accustomed. Despite the brevity they’ve had some good results; namely a third place in the CSIO4* Nations Cup in Wellington.

Stacked against each other, Argan de Beliard has a 35% clear round rate at 1.60m while Agana Van Het Gerendal Z has 43%, according to JumprApp.

Laura Kraut joins the list with Baloutinue, a 2010 Hanoverian gelding, and Confu, a 2007 Holsteiner gelding, making some of the most seasoned combinations on the list. Baloutinue was her ride for the 2020 Olympic Games in Tokyo, where they achieved team silver.

“He’s one of the best horses I’ve ever had the privilege to ride and for him to come in here tonight, he’s still new to this level of jumping, and he’s gotten better each day that he’s jumped,” said Kraut after their silver medal round.

Confu is also no stranger to 5* distinction, with top results in Windsor, Valkenswaard, Grimaud, Aachen. In March they captured the $216,000 Horseware Ireland Grand Prix CSI4*, arguably one of their most significant wins, because it was Confu’s first Grand Prix back since November after battling with a life threatening virus.

“A few months ago, we were crying because we weren’t sure he was going to make it. It means the world to have him win, and to win on Horseware week, I don’t think we could have scripted it any better. I’m so thankful to have had their support for many years, and it feels like winning this class was meant to be,” said Kraut.

Young talent Brian Moggre was the Reserve for the Tokyo Olympics team and makes the list with Balou du Reventon, a 2006 Oldenburg stallion and MTM Vivre le Reve, a 2009 Westphalian gelding.

The 16-year-old Balou du Reventon is a horse still in the height of his career, but one who already has his name down in the history books. He was voted 2021 International Horse of the Year after jumping into a massively successful campaign with 20-year-old Moggre. They started off as part of the winning team at the Wellington CSIO4* in 2021, then topped the Longines 1.60m Grand Prix CSIO5* in Poland before moving on to Aachen. Moggre rode Balou to team gold in the Mercedes Benz Aachen Nations Cup, and then finished second in the Rolex Grand Prix of Aachen, known to be one of the most challenging classes in the world. Balou has a 74% 4-faults or less rate at 1.60m.

When asked if he feels the stress that comes with high expectations, Moggre stated: “I put myself under a lot of pressure, but his owner hasn’t put any pressure on me at all, she just wants the horse to be happy and I truly love him so much.”

Moggre has had the ride on MTM Vivre le Reve since 2015, the horse he originally made his international name on. Back in 2019 he scored back-to-back wins in his first World Cup Qualifier at Live Oak in Ocala, Fl and he’s kept up the pace ever since. After winning the CSI4* at WEF in April, 2021, the horse affectionately known as “Erkle” took some time off. But, he’s been back and placing again since last month.

Chloe Reid joins in with Souper Shuttle, a 2011 Hanoverian mare. Reid has had consistent podium placings with the mare, recently finishing second in the CSI4* 1.50 at Live Oak and third a few weeks later in the esteemed $500,000 Rolex Grand Prix CSI5* in Wellington.

“She’s everything I love in a horse. She has a lot of blood, a lot of character, she’s super smart,” said Reid.

“I really like to add with her, too much I think sometimes.”

Up next is Spencer Smith with the 2009 Hanoverian mare Quibelle. Smith acquired Quibelle from Georgina Bloomberg in 2020, finding their footing in some challenging classes. Smith represented the U.S. in the Nations Cup Final in Barcelona, sporting the fastest clear round of the field and placing fifth with the team. He also placed fifth with Quibelle in the $500,000 Rolex Grand Prix CSI5* in April.

Don Juan van de Donkhoeve sports an impressive 82% four-faults or less rate, according to JumprApp, and was her team silver medal partner during the Tokyo Olympics. They were also part of the CHIO Aachen Mercedes-Benz Nations Cup CSIO5* gold medal team alongside Moggre and Balou du Reventon.

RMF Zecilie has no international results for 2022 yet, but her 2021 results are impressive enough. In August, they won the CSI5* Stephex Masters in Brussels, Belgium.

Is it a U.S. Shortlist without Mclain Ward? He jumps in with Contagious, a 2009 Deutches Sportpferd gelding and Kasper Van Het Hellehof, a 2010 Belgian Warmblood stallion.

Contagious was Ward’s Tokyo team silver medal ride, continuing with top results into 2022. The pair won the CSI4* 1.55m and 1.60m classes during WEF 4, and went on to jump the Longines FEI Jumping World Cup Finals Leipzig, winning the 1.55m Final II (CSI-W). They landed seventh in the overall rank. According to JumprApp, Contagious has a 58% clear round rate at 1.60m.

Ward took over the ride on Kasper Van Het Hellehof from Ireland’s Cameron Hanley in 2020, so the partnership is still in its earlier stages. And yet, the pair notably came second in the Major League Show Jumping Final CSI5* 1.60m Grand Prix in Thermcal, CA.

Sternlicht and Bennys Legacy won the CSI5* $75,000 Adequan WEF Challenge Round V in February, and have a 50% clear round rate at 1.50m according to JumprApp. It was here first 5* win on the gelding.

“I’m so grateful for him. He has a heart of gold and he’s an absolute blast to ride. He has tons of personality and I feel like we really understand each other. He’s a complete joy,” said Sternlicht.

The CSIO observation events for the U.S. Team are the Nations Cup of Rome CSIO5*, Aachen CHIO, and Knokke CSIO5*, and will be led by Chef d’Equipe Robert Ridland. Stay tuned!