Forced to Choose: Woman Sells Her Children, Keeps Her Horses 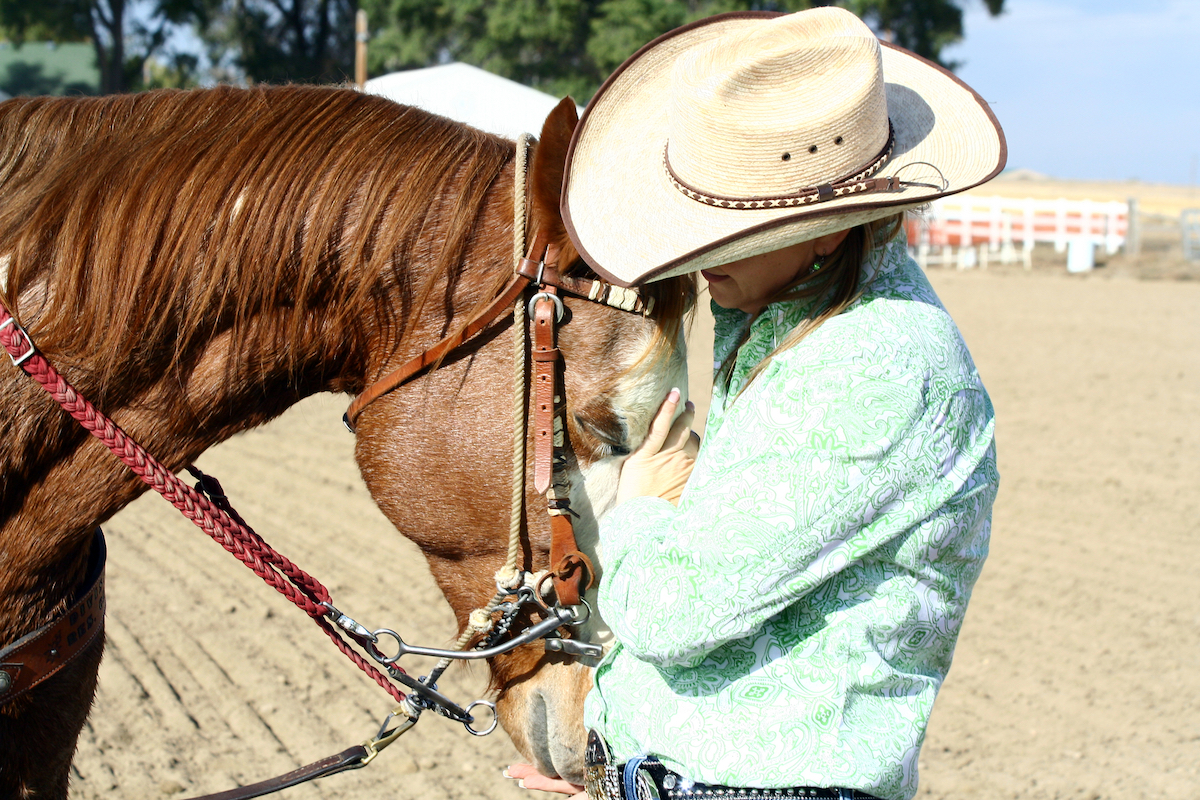 MEMPHIS, TN—A Tennessee woman startled friends and family this month with her decision to send her two teenage sons to live with relatives rather than sell her horses, Kip and Danny, who also live on the family farm.

Carol Oats says she had been pinching pennies and juggling expenses to keep her gamer sons Brandon, 13, and Tyler, 16, happy, but notes that the popular Twitch influencers had been, “gaming her out of house and home.” In fact, the Oats boys are highly successful streamers with thousands of followers that operate under their Twitch username, Brothers_Vix.

“I’m proud of their success,” Oats says, “but nothing we did for them was ever enough. Every month, it seemed, they needed faster, more state-of-the-art equipment: headphones, sound bars, computers, hard drives, ergonomic chairs, you name it.

“They spent every waking moment when they weren’t in school hooked up to headsets in the basement, subsisting almost entirely on Mountain Dew and Chipotle delivery. I just couldn’t take it anymore,” sighs Oats, a lifelong rider who used to compete in Western Horsemanship in college.

“I’ve always tried to be an engaged, supportive mother, but when I couldn’t afford to pay the electric bills to run box fans for my horses on 90-degree days in the summer because my boys are operating $600 worth of computer fans 24/7 in the basement, it was time to have some real talk.”

According to Oats, despite significant kickbacks from sponsorships and ad share, Brandon and Tyler’s ever-evolving gaming setup—not to mention their love of expensive dirt bikes, trips to international gamer conventions, and $200 designer hoodies—meant that even on a good month, their wish list exceeded their influencer income. So, when Oats’s sister and brother-in-law, Jessica and Bob Tate, expressed their interest in taking the boys in in exchange for a modest monthly stipend (“Basically, your standard pasture board, but with a run-in in the basement,” Oats jokes), the family jumped at the chance.

“Bob, my brother-in-law, has a background in marketing and can really take the boys’ career to the next level as their full-time manager,” she explains.

“They’ll be with their cousins, who are close in age and also into gaming, and they’ll have the entire run of the huge, finished basement to themselves—all just a short drive away from here. Plus, their home is located in a town with its own electric substation, so the rates are so much lower. In every way, Brandon and Tyler can just plug-into the mainframe there and go.”

Having done the math, Oats says, with the boys now at their aunt’s, she can put her Quarter Horse, Kip, and Morgan-cross, Danny, back on their preferred brand of feed, run her box fans as needed in the summer, and even have Danny’s hocks injected in time for show season this year.

“I’ll miss seeing the boys every day, but they really pushed for this change, and, in the end, it seems to have been the best thing for everyone.”

For their part, Brandon and Tyler said via Twitch chat that they were thrilled with the new arrangement and would be available to comment for this story after completing their Wednesday stream session. As of press time, days later, they had yet to emerge from their aunt’s basement.

“We’d been through months of improvising and struggling to support the boys’ career, and at one point, my husband floated the question of whether we’d have to sell Kip and Danny so they could have the new, ultra-wide monitors that they needed at the time. I said, ‘Sell my horses? You’ve got to be kidding me!’” Oats scoffs. “To me, that was just unthinkable.”