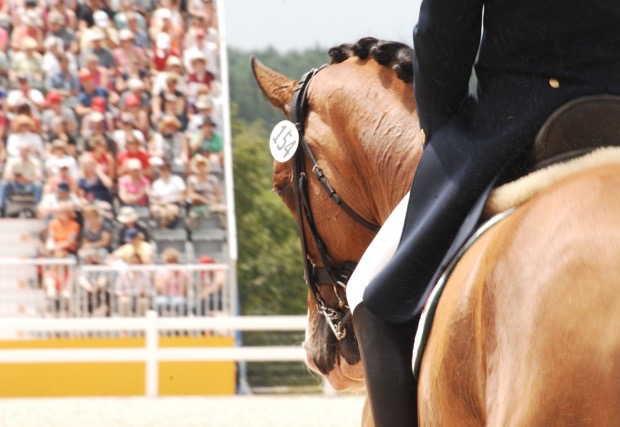 McDonald took over the position in 2018 from Robert Dover, leading the U.S. Dressage Team to a silver medal at the Tokyo Games. Her contract was set to expire on November 30, 2021. The Federation has opted not to renew her term in light of the civil lawsuit brought against McDonald, her husband Bob McDonald and the 32nd District Agricultural Association (California) earlier this month.

“Debbie McDonald’s contract with USEF has expired and will not be renewed at this time. We are continuing to move forward with the balance of the plans that have been developed following a detailed review involving stakeholder feedback,” said a USEF representative.

“Program and coaching plans will be announced at a later date.”

The suit, filed Nov. 11 in California Superior Court and first reported by Chronicle of the Horse, alleges that Bob McDonald raped two minor students, one age 13 [Jane Doe 7018] and age 14 through 16 [Jane Doe 7019], in the 1970s. Debbie was an assistant trainer at the stable at the time. The civil suit alleges that she “failed to provide adequate warning to [Doe 7018] and her family of [Bob’s] dangerous propensities and unfitness” and that she “knew or had reason to know that Bob McDonald had previously engaged and was continuing to engage in unlawful sexual conduct with minors.”

Both victims were central to a U.S. Center for SafeSport case against Bob that resulted in his lifetime ban in June 2020. Bob appealed the decision and the sanctions against him were lifted when SafeSport issued an “administrative closure” of the case before the arbitration hearing could take place, a decision the civil case alleges was based on the victims then reluctance to participate in the arbitration process.

The McDonalds denied the accusations in a statement issued on Tuesday and reported by Dressage-News.com:

“To Our Peers, Colleagues, Clients and the Equestrian Community

“We thank you for your calls, emails and contacts of support. We are unable to comment on the matters that we know nothing about. Hearing of a lawsuit filed against us has come out of left field. We simply ask that you allow the legal process to take its course and hold your thoughts and opinions until all the evidence is put forth which we believe will vehemently demonstrate the untruth of the accusations.

“It is upsetting that these ladies hide behind Jane Does when they choose to tarnish our reputation in our sport. It is equally upsetting that we were prepared to address the accusations at the SafeSport level when SafeSport closed the case. We have been together for 43 years and fully stand by each other and know that we have done nothing within the realm of what has been asserted.

“We are confident in the end the truth will prevail. We will continue to dedicate our lives to the sport we love and focus on the training of and for our clients who have stood by us.”

Debbie is the second American team technical advisor to face sexual misconduct charges in the past two years. Former show jumping chef d’equipe George Morris received a lifetime ban from the U.S. Center for SafeSport in 2019 due to sexual misconduct involving a minor.