Belgians In, Irish Out, Olympic Dressage Teams Shaken All About

Home > Blog > Olympics > Belgians In, Irish Out, Olympic Dressage Teams Shaken All About 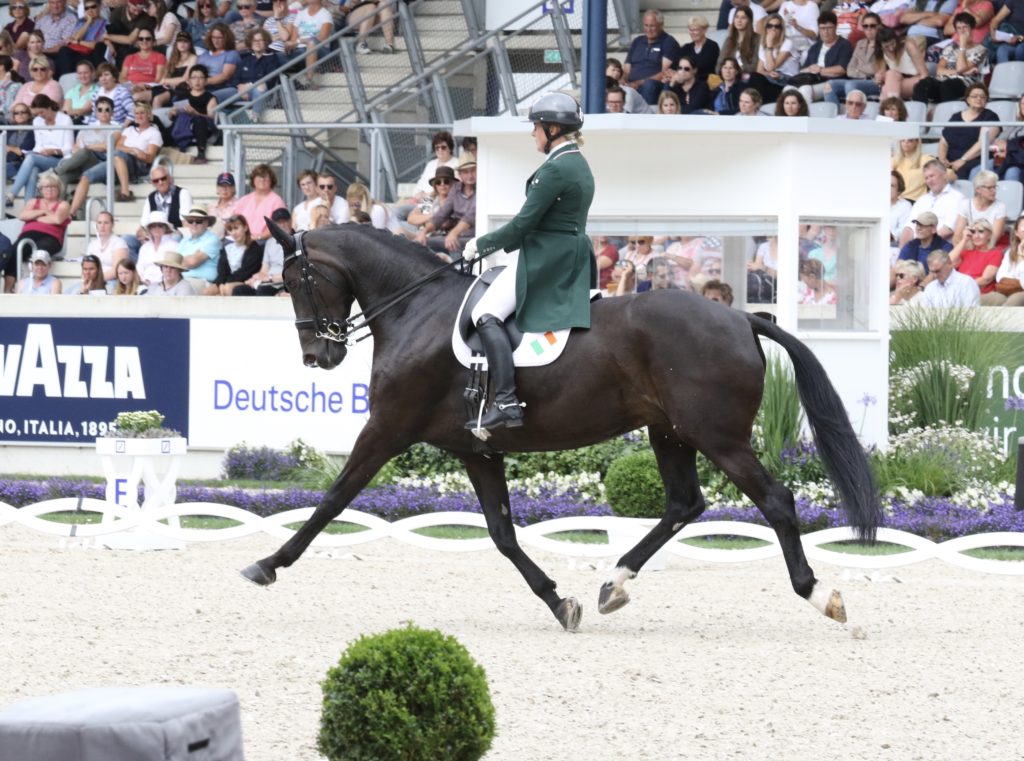 It’s been a turbulent few days for Horse Sport Ireland, who had a dressage team qualified for Tokyo—but then withdrew it—while simultaneously announcing the lucky riders who will make up their respective showjumping and eventing teams.

To complete the team roundabout, Belgium now finds that their dressage team is eligible for Tokyo after all, not only because the Irish have withdrawn, but because Luxembourg can’t use their team spot either. Are you keeping up? Hang with us…

Let’s begin with Ireland’s rather surprising withdrawal of their dressage team. A statement released on Monday said, “Horse Sport Ireland’s Dressage High Performance Director (HPD) Johann Hinnemann has taken the decision not to nominate a Dressage team to OFI for the Tokyo Olympics. This decision was taken as several key members of the Irish team that had qualified for the Games are unfortunately no longer available for selection due to a combination of horse retirement, veterinary, and medical reasons.

“Director Hinnemann advised the Board that two combinations have not met the specific criteria as set by the HPD, and as such, the HPD is not in a position to nominate these combinations.”

Of Ireland’s preferred choices, one horse is retired, one injured, and one rider is pregnant. One of those next-best riders, British-based Dane Rawlins, commented that the decision “was a shame, particularly as he has always believed the Olympics were about participation.”

Horse Sport Ireland has not ruled out sending an individual rider, if they are allocated a place, which should be known in the next few days. Among the hopefuls: Rawlins, Heike Holstein, or James Connor—one of whom might make it to Japan after all.

The Irish team announcements for show jumping and eventing were a much happier tale. Ireland failed to qualify as a team for Rio in 2016, so just getting a team to the start is a win by comparison. Cian O’Connor will ride Kilkenny and will be joined by Bertram Allen (Pacino Amiro) and Darragh Kenny (VDL Cartello). Shane Sweetnam and Michael Duffy have been named as reserves. O’Connor is heading to his third Games, having won the individual bronze medal at his first outing in 2012. He was also part of Ireland’s European Championship-winning team in 2017.

“In Kilkenny, I believe that I have a once-in-lifetime, Irish-bred horse who has progressed rapidly since we teamed up late last year. I’m extremely grateful to his owner, Susan Magnier, for supporting my quest for Olympic success. Though the Olympics will be delivered under different circumstances this year, it is an incredible event to be a part of and remains the pinnacle of our sport.”

The Irish eventing team, on the other hand, has contested all the major championships in recent years, and will take three members of their 2018 World Equestrian Games silver medal-winning team to Japan. Only Cathal Daniels, however, is riding the same horse (Rioghan Rua); Sarah Ennis and Sam Watson have different mounts (Horseware Woodcourt Garrison and Tulabeg Flamenco, respectively), both of whom put in strong performances at the recent Millstreet International. Reserve riders Austin O’Connor (Colorado Blue ) and Joseph Murphy (Cesar V) sailed around a super tough course at Bicton 4* to earn their call up.

The inclusion of Cathal seems a little odd when one looks at recent results and compares them to the top form of his fellow teammates. Although he won the bronze individual medal on Rioghan Rua at the 2019 European Championships at Luhmuhlen, the pair have not really reproduced that form since. In their last two runs, they’ve withdrawn before cross country in one, and retired on course during the same phase in the other. With only three on a team in Tokyo, absent the penalty for using the reserve rider, a huge disadvantage, hopefully, the Irish selectors know something that the bare results are keeping hidden from the rest of us!

Team member Sarah Ennis is clearly delighted to be selected. “I feel so honoured to be nominated to compete alongside Sam Watson and Cathal Daniels with Austin O Connor and Joseph Murphy as the reserves. To represent your country is a privilege, and to do this at the Olympics is an honour like no other,” Ennis said on Facebook. “Tyson, owned by Breda Kennedy, is an amazing horse, I’ve believed [in] him from the start and he’s really gone from strength to strength over the last few years.

“[It’s] hard to imagine that my Olympic dream is about to [become] a reality. We hope we make you proud.”