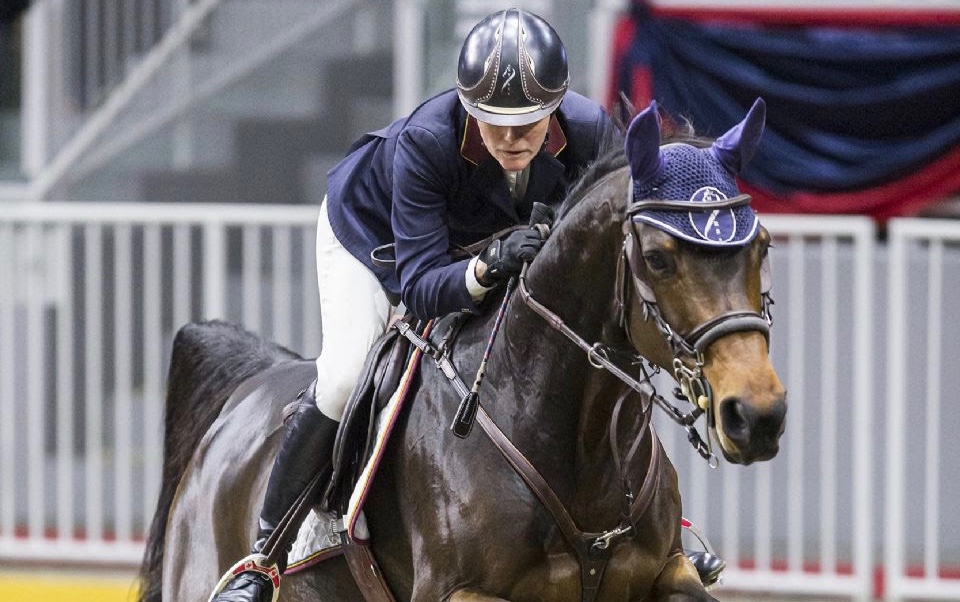 Start with an oxer.

Jump two off the left lead and three off the right.

End with a rub.

Most riders have a pre-competition warm up strategy for their horse. Few, however, involve dismounting when they’re name is being called “on deck” over the loudspeaker.

But on the ground is where you’ll find newly crowned Canadian National Champion Beth Underhill a moment before she rides through the ingate aboard Count Me In, her partner of six years.

“A lot of people are worried about that. They’re like, ‘Get on! You’re in the ring,’” smiled Underhill.

Not concerned is the 12-year-old Hanoverian gelding. A little less time in the saddle is precisely what helps Underhill’s top mount perform his best in the ring, she says—particularly in big atmosphere events like the sold out stadium of the Coca Cola Coliseum in Toronto.

“He’s a horse who’s very much inspired by atmosphere and he’s sensitive, so sometimes that sensitivity you have to temper a little bit when there’s a big crowd and a lot of action,” explained Underhill.

“I don’t do a lot of jumping in the warm up ring. I keep it light. And I usually get off just before I go and let him stand for one horse and let his blood come down.

“I like to just sneak in before he knows what happened because he’s a horse that if he feels too much of that pressure, too much of that emotion, it can just tip him to that side where he’s a little bit more difficult to ride. So that’s a bit my strategy, just keeping him calm and relaxed so he can give his best.”

“It means the world to me,” said the Canadian Olympian, 57. “I was watching the Mounties [perform the Musical Ride] earlier and actually getting quite emotional. I felt so proud to be a Canadian and I said to myself in that moment, make tonight count and it really inspired me to do my best.”

Amy Millar, 2017 Canadian Champion and winner of Friday’s speed round with Truman, finished in the runner up position for the second year in a row. Wunderkind Sam Walker, 17, took third.