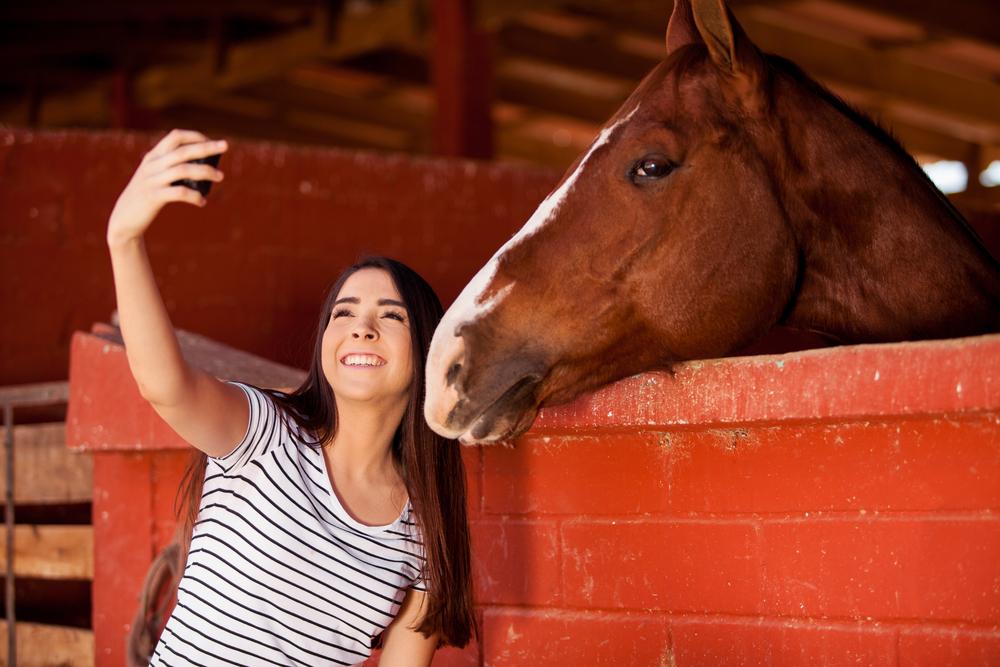 August is county fair time here in the Midwest—the time of year when urban and rural life collide.

This year, whilst perusing pop up barn aisles at the local fair, I noticed how adults and kids alike tend to reach in and pet any horse they see. How the inside of a stall can suddenly become some horrifying flesh octopus made of human fingers reaching through the stall bars while the horse strategically naps in the far corner.

“Look at the horsey!” parents exclaim, almost passing their infants into the stall itself.

Meanwhile, I—a horse person—am imagining the baby getting knocked out of mom’s arms when the horse reaches back to scratch an itch and landing with a thud in the shavings between the horse’s hooves. Shudder.

I love horses, and I have no desire to ruin their magic for anyone.

But I can’t help but feel disappointed that many of us are so disconnected from ourselves, the natural world, and the creatures around us that we think animals like horses are plush toys, instead of living things with nerve-endings and patience limits.

It makes sense, though. Fewer and fewer Americans spend time around livestock and our culture is increasingly retreating indoors. It is estimated that 80% of all Americans live in Urban Areas and most of us spend 5% or less of our day outside.

Because of these numbers, I am working to be more compassionate when I see some clueless individual sweetly harassing an animal that would usually love the attention, but after a long day is clearly over it.

Once at a fair, I explained to a little girl how to pet a mare on the neck instead of reach for her face.

“Would you like it if I petted you in the face?” I replied and then mimed sticking my hand over my nose and eyes like an angry starfish.

She reflexively pulled back, scrunched up her face, and shook her head.

“The horse doesn’t really like it either. Don’t worry, people make that mistake all the time; it just isn’t very polite.”

So much of animal care is about safety, empathy, and reading body language. We as equestrians have had many hard-learned lessons about where to stand and what to notice. We know what each ear flick, eye twitch, and stomach gurgle mean. We know to beware the mare stare, and we have all heard the silent egg timer that goes off when a young horse has had to hold still too long.

It is easy to forget that other people, like the little girl in front of me, haven’t learned any of the rules we the horse-obsessed have so carefully studied. Often these same people want to be kind, but all they know about horses came from Game of Thrones or the old fallacy that, “Horses are just big dogs, right?”

Even though it can be frustrating, I know that every tiny empathy lesson we can teach makes the world a little better. How wonderful would it be if everyone slowed down and considered both the animals and people around them? What if being kind, listening, and asking questions reaped more rewards than taking and grabbing?

A kinder world sounds exactly like the kind of place I want to be.

Gretchen Lida is an essayist and an equestrian. Her work has appeared in The Washington Post, The Rumpus, the Los Angeles Review of Books, and many others. She is also a contributing writer to Book Riot, Horse Network and the Washington Independent Review of Books and is currently working on her first book. She Lives in Chicago, and is still a Colorado native.