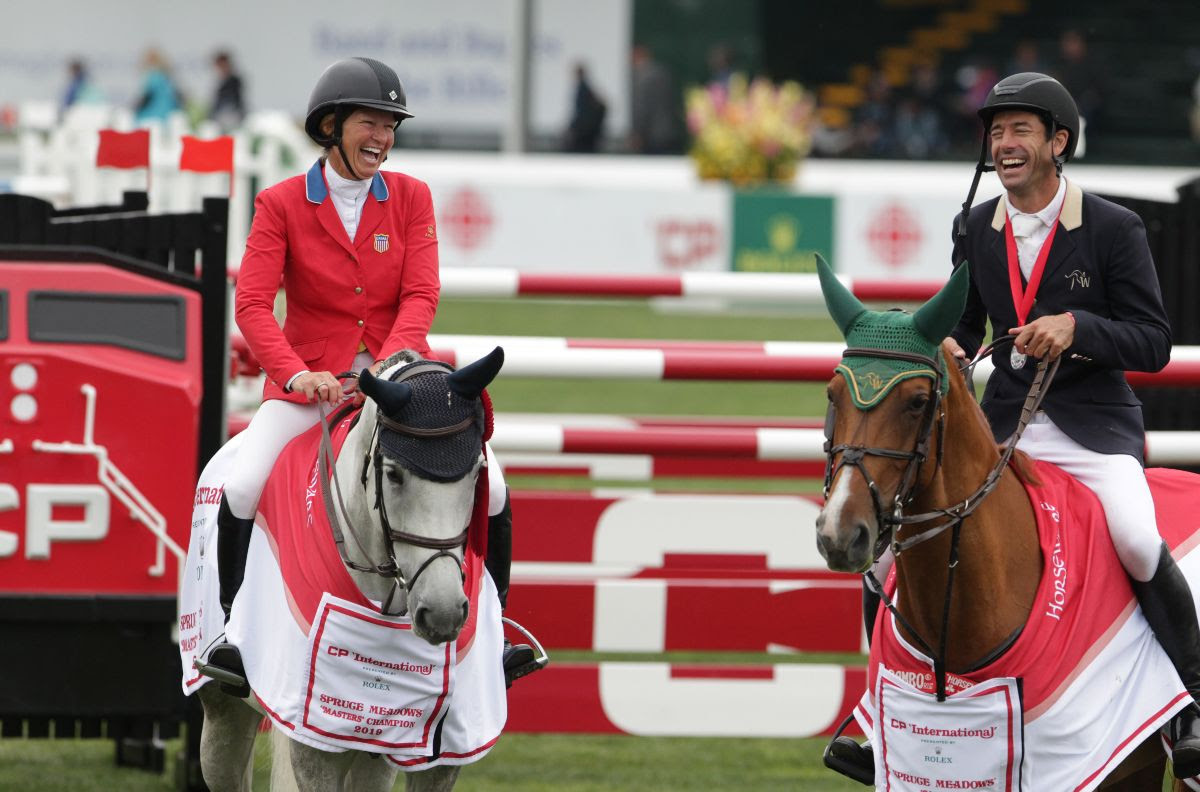 On Saturday, 19-year-old Bianca Andreescu made history in New York when she took down tennis great Serena Williams 6-3, 7-5 to become the first Canadian ever to win a Grand Slam singles title.

On Sunday, some 2,400 miles away in Calgary, American Beezie Madden set a history making milestone of her own as the first woman to win a Rolex Grand Slam of Show Jumping title since the Majors series was introduced in 2013.

But unlike the 19-year-old tennis rookie, the record win is one of many for Madden. The 55-year-old has a history of, well, making history.

Among Madden’s firsts are:

But that’s not the only record Madden set on Sunday.

Her victory aboard pony impersonator Darry Lou marks the second time Madden has captured show jumping’s richest grand prix and biggest, most technical test at Spruce Meadows, after previously winning in 2005 (then the CN International Grand Prix) aboard Judgement. She’s the first woman to accomplish that, as well.

Of those, eight managed to post clear rounds and three more finished on a single time fault. Together with the single fastest four faulter, they comprised the top 12 to return for round two—an 11-obstacle track that Madden dubbed “a bear.”

But none were able to complete the second round fault-free.

Australia’s Rowan Willis came closest, posting a four fault score aboard Blue Movie to take the lead. It held until Madden, second last to go, bested him with a single time fault. Last to return, Canada’s Eric Lamaze took a crack at the title, but with two rails on course handed the win to the American.

“Any win is fantastic but I’d have to say this one is pretty special,” said Madden.

The CP ‘International’ is part of the Rolex Grand Slam of Show Jumping that includes the Spruce Meadows ‘Masters,’ CHIO Aachen, CHI Geneva and The Dutch Masters. Madden is now in the running for up to one million euro in bonus money if she can capture all four titles consecutively, a feat that has only been accomplished once before, by Britain’s Scott Brash in 2015.

But if there was a woman to do it, the smart money is on Madden.