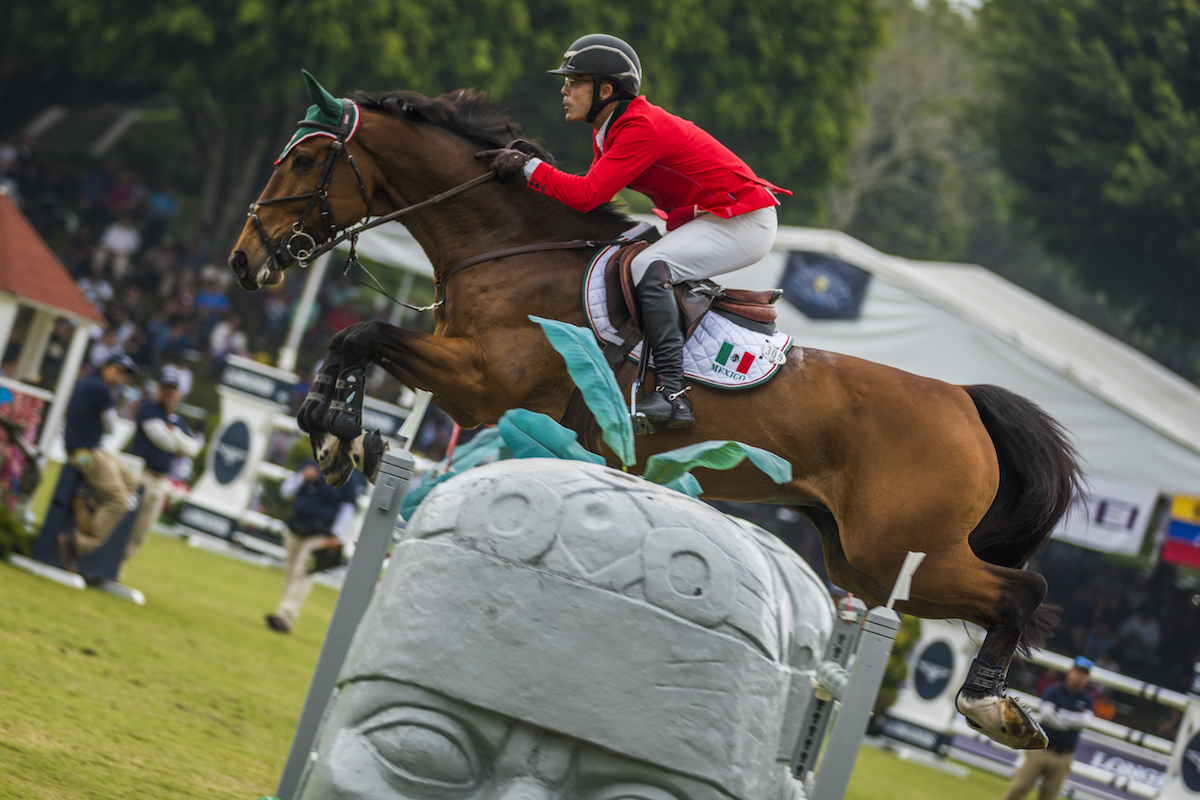 The penultimate leg of the Longines FEI Jumping Nations Cup™ North & Central America and Caribbean Division is this Sunday at the stunning Club Hipico Coapexpan, Mexico.

The first leg of the series in Wellington, Florida saw the Mexican team produce an outstanding victory, finishing on a two round total of just four faults. The US team finished third while Canada was left off the podium with a fifth place finish.

This week in Coapexpan the teams will have a very different look. Both the Canadian and US teams are comprised of completely different horse-rider pairings, while the Mexican team’s only returning rider will be Manuel Gonzalez Dufrane. Let’s take a quick look at each team and grade who is best positioned to pull off a win in Mexico.

Lisa Carlsen, Rachel Cornacchia, Jim Ifko and Nikki Walker will represent Team Canada. It is a relatively inexperienced Nations Cup team, with Cornacchia and Ifko making their debut in the red jacket and this being Walker’s only second Nations Cup. Extra responsibility will fall on Carlsen’s shoulders to be a leader going into Sunday’s event.

But she’s up for the challenge. Carlsen’s horse Parette had a great 2018 season, including competing at the Nations Cup Final in Barcelona. Although they haven’t shown much at the FEI level in 2019, having just started their season two weeks ago, they are well positioned to put in a strong performance.

Walker and Falco van Spieveld have been on fire in 2019, and were double clear in their Nations Cup debut a few months ago. They are a favorite to go double clear again here in Mexico.

Ifko will ride Un Diamant des Forets and Cornacchia will be aboard Valkyrie de Talma. Both riders have promising results from past competitions, so this week’s event will be about building on past results and performing at the level expected of them.

Hot off their win in Wellington, the Mexican team is in the driver’s seat coming into Sunday’s Nations Cup. The team will be made up of Lorenza O’Farrill, Manuel Gonzalez Dufrane, Patricio Pasquel and Salvador Oñate. While Gonzalez Dufrane is the only rider who was on the winning team in Florida, the other riders are very experienced.

To begin, Gonzalez Dufrane and his mare Hortensia van de Leeuwerk were superstars in the Nations Cup USA, going double clear in their team debut.

Pasquel and Babel won the Grand Prix last week in Coapexpan and have jumped a number of big tracks lately, meaning they’ll be well prepared to handle anything built for Sunday’s Nations Cup course.

Onate and Big Red also had a clear round in last week’s Grand Prix in Coapexpan to finish seventh, and is quite experienced at this level.

Finally, O’Farrill has a strong group of horses to choose from. She’s riding into Sunday off a victory in Friday’s CSIO5* Longines Grand Prix on Calvira and a double clear in Saturday’s 1.45m jump off class with Vecino. She’ll be a valuable contributor to the Nations Cup team.

The US has brought a good mix of experience to Mexico and is well positioned to collect a win this weekend. Included on their team is Alex Granato with Carlchen W. I think this pair is one of the top combinations in the world—what they are able to do together is impressive, and I am excited to see them here in Mexico! They can jump any course in Guilherme Jorge sets and were double clear here last year.

Richard Spooner’s gelding Quirado RC has produced a number of clear rounds over big tracks, but hasn’t competed in FEI competition for over five months. It will be interesting to see how the horse does this week.

Eve Jobs has two options for this weekend’s Nations Cup (Limbridge and Venue D’Fees des Hazalles) but either ride is a strong choice. One of USA’s brightest stars for the future, Jobs is fresh off her first World Cup Final performance and will come into this competition with a lot of momentum.

Nicole Shahinian-Simpson and Akuna Mattata have been winning machines in 2019, collecting a Grand Prix win in Wellington, FL and another in San Juan Capistrano, CA—they are likely to go clear on Sunday.