Rouge de Ravel Bucks His Way to A Win 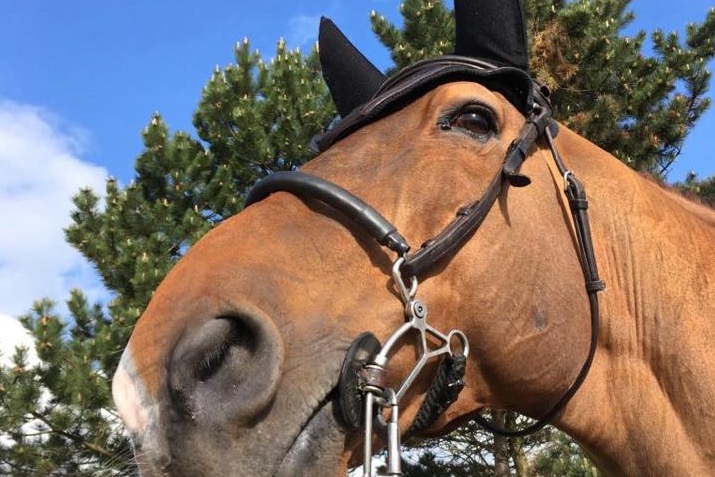 But he still managed to turn in a winning round for Britain.

The Winning Round format sees the top ten return for a second round where the lowest cumulative faults and fastest time takes the win. For a fast four faulter, the format can mean a second chance at the purse if enough riders fail to go clear. Too many clears however, and foot pace becomes all important in the first round as only the quickest move forward.

In Saturday’s Stakes class, the latter proved to be true. Clears were aplenty in the Bob Ellis designed 1.50m course with 20 of 32 combinations jumping fault free. The slowest ten were sent home empty handed, while the quickest ten advanced to the second round, USA’s Kent Farrington and Laura Kraut and Canada’s Tiffany Foster among them.

But it would be defending champion Guy Williams (GBR) and his feisty 14-year-old Rouge de Ravel who’d repeat their winning ways.

“He won last year the same class,” said a chuffed Williams. “You have to be not too slow in the first round. Last year, five missed out and I think a few missed out this year. You just have to go as quick as you can and make sure you stay clear.”

The spirited stallion took the “quick” cue in Round 2, but threw in a few crowd delighting bucks and a crow hop for good measure.

“He gets a bit feisty [in this ring],” said the British rider. “He builds up to the crowd a bit, and he likes all that.”

Racing through the times in 34.49 seconds, the speedy pair shaved three hundredths of a second off Foster’s time of 34.95 seconds to take the victory.

“We want as many British to win as possible, don’t we?” said Williams. “So hopefully we keep it going tomorrow.”

Tune in on Sunday for the feature event of the week, the Rolex Grand Prix, at 9:15am EDT on HN LIVE! This week’s live stream is brought to you by Thunderbird Show Park!