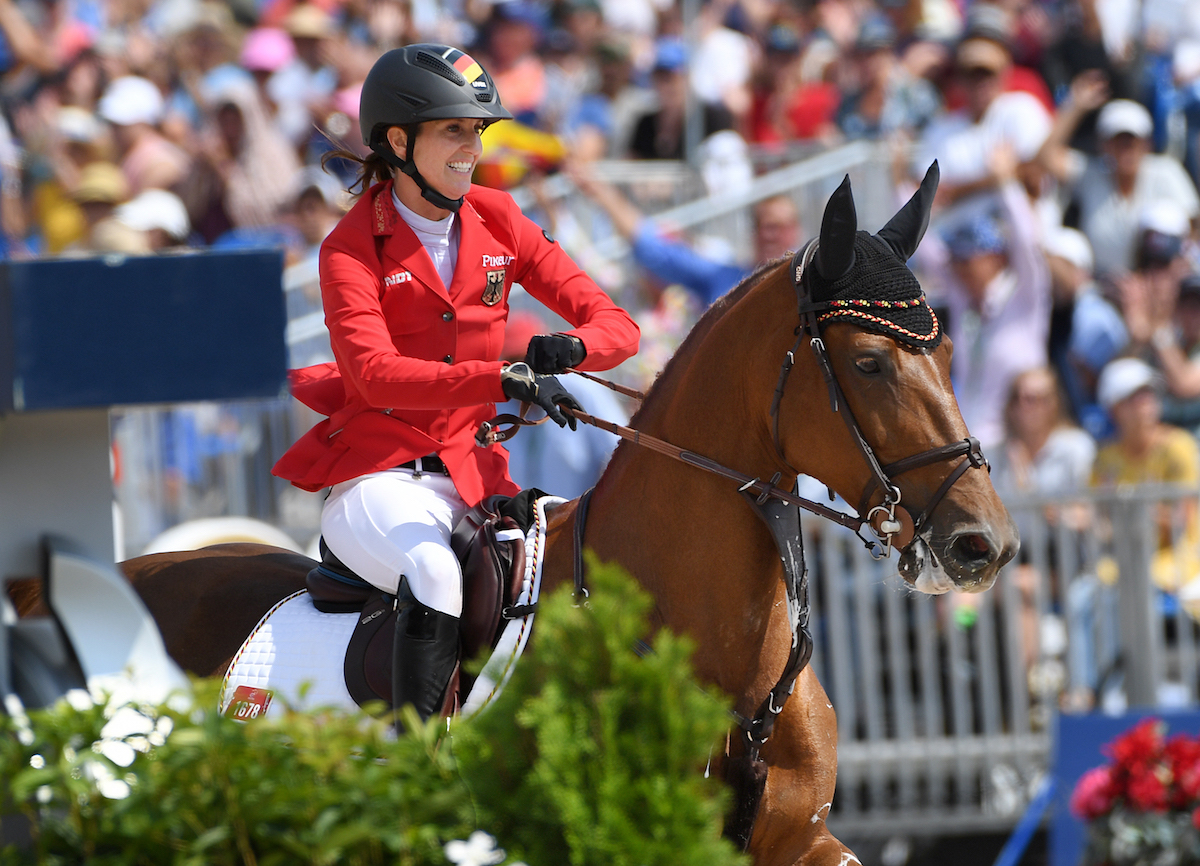 From German ladies champion to world champion in two years!

Germany’s Simone Blum became the breakout star of the FEI World Equestrian Games™ in Tryon, NC on Sunday when she and her 11-year-old German bred mare, DSP Alice, captured the individual title with just a single time fault over four spectacular rounds of gruelling competition.

Now they’re about to steal your heart, too.

Get to know your new world champion!

1. Blum started as a eventing rider

Her father, Jürgen Blum, competed at the 1996 Olympics in Atlanta in eventing and won a team bronze medal at the European Championships. Simone started her riding career following in his footsteps and was Bavarian eventing champion at age 12 before switching to show jumping.

2. Her father rarely accompanies her to competitions

Blum lives on a stud farm in Munich and works with her parents, grandparents, fiancé, cousins and nieces. But don’t expect to see her father ringside. He rarely makes an appearance at horse shows “because he doesn’t bring me luck.”

In 2014, Blum met Hans-Günter Goskowitz, the man who would find her dream horse. Goskowitz tried Alice as a seven-year-old mare and immediately texted Blum: “I found the perfect horse for you, blood and lots of it!” reports Hoefslag.

Coincidence? We thinks not.

Making her debut in the open ranking, which sees men and women compete head-to-head, Blum and DSP Alice jumped straight from rookie to title holder. They were the only combination to have four clear rounds, collecting a mere 0.25 time faults in the process! Sound familiar?

7. She made her Nations Cup debut that same year

Blum and Alice made their senior team debut for the Germany at the 2017 FEI Nations Cup Final in Barcelona, Spain where they posted a four fault and one fault performances over two rounds. (Germany finished sixth.) In 2018, they were part of the gold medal winning team to capture the Nations Cup at Aachen.

8. But she still braids her horse

Said Blum in a post on Hoefslag: “I also like working in the barn, and I am pretty perfectionistic about that. I want everything to be clean and tidy! I also like to make sure that my horse looks good on a competition, I like to braid her myself.”

9. Blum has a scientific mind

She completed her master studies in Biology and Chemistry in May of 2016. #SmartyPants