Maikel van der Vleuten Wins by a Whisker in Miami 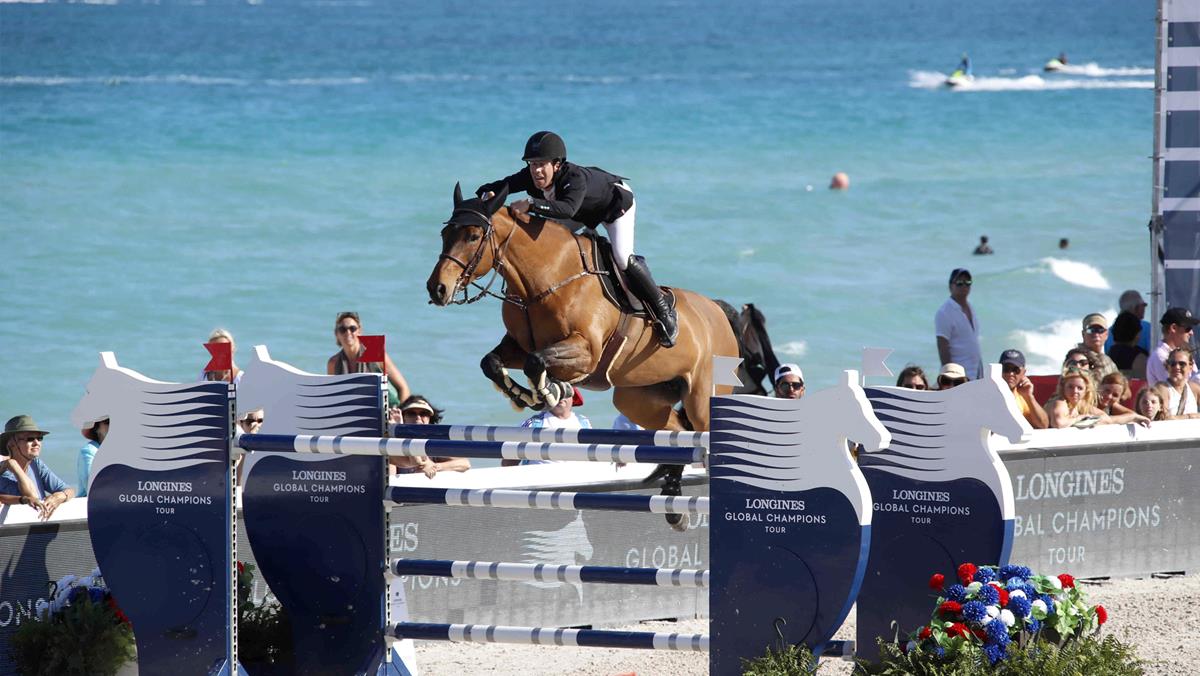 Neither a lost stirrup nor a stellar lineup of talent could keep Maikel van der Vleuten (NED) out of the winner’s circle on Friday.

The Dutch rider topped a field of 58 starters over a five-star 1.50m track at the Longines Global Champions Tour Miami Beach, the show that is 100% guaranteed to give you an incurable case of FOMO.

Eleven combinations posted clears in the first round to qualify for the jump-off. Denis Lynch (IRL) and Shane Breen (IRL) opted to save their mounts for the Global Champions League (GCL) team showdown on Saturday, leaving nine riders to contest the short track.

And a thrilling one it was at that.

With just .68 of a second splitting the top four finishers, Friday’s jump off was everything in precision and speed that Thursday’s speed class was not. (Germany’s Marcus Ehning won Thursday’s 1.50m class, which doubled as the first round of the GCL team event, by nearly four seconds as most of the field was aiming for clear rounds to put them in good position for Saturday’s team final.)

On Friday, it was a foot race to the finish. Aboard Arera C, van der Vleuten sped around the jump off track, leaving a stride out between the first two fences to inch into the lead at the half-way stage of the eight-fence round.

“The first part of the jump-off went well, which gives you the confidence to keep going fast,” said the 30-year-old Dutch rider.

A lost stirrup regained just in time to tackle the next fence, he and the Dutch mare stopped the clock at 33.09 seconds. Their time would prove unbeatable.

“I was flat out to the final fence and had to risk it a bit today,” said van der Vleuten.

“My horse has been in good shape the last couple of months. [On Friday] she tried very well and I tried the risk to the last, which is what made the difference. I’ve already been riding her quite a long time, so I know how she is and what she can do—I think maybe that was my advantage.”

Van der Vlueten’s winning ride isn’t available in shareable form (you can watch it on their site), so here’s Ehning’s round from Thursday’s 1.50m class instead. Because there’s never not a good time to watch a German master at work.