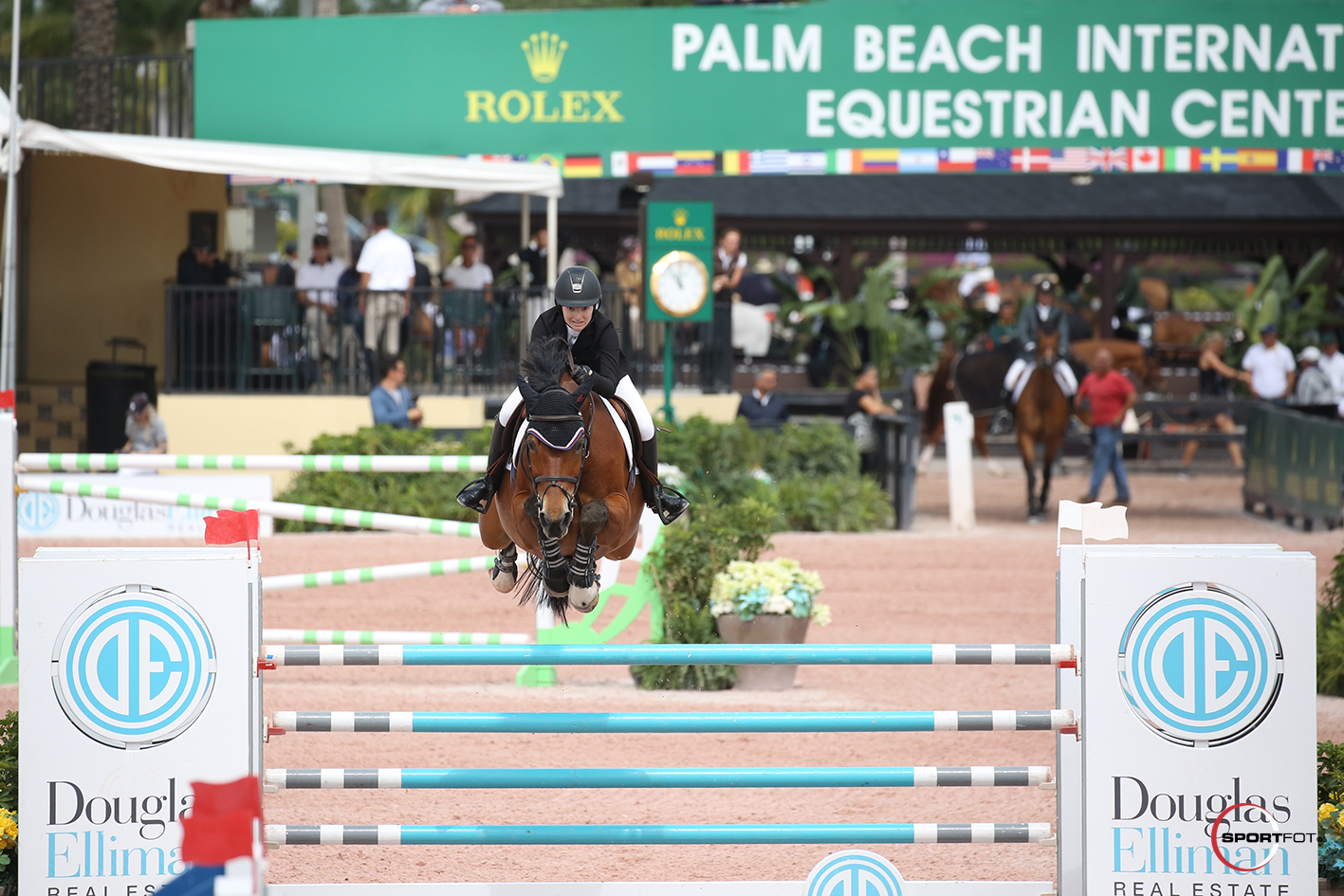 For the past three months, Lucy Deslauriers plans have been shot.

Sidelined by a shoulder injury and a surgery on her hand at the end of 2017, the American show jumper was out of the saddle for two months, missing the first quarter of the Winter Equestrian Festival (WEF) in Wellington, FL.

“It is the longest I had ever gone without riding,” admitted the 18-year-old rider.

She returned to the saddle during week 4 of the 12 week winter circuit, but didn’t bounce back to top sport the way she’d hoped.

“It definitely took me a lot longer to get back feeling normal in the saddle than I thought,” she continued. “I just had to be patient and let my body tell me when it was ready for me to jump big jumps again.”

Around week 8, Deslauriers set her sights on the final CSI5* week of the circuit, aiming her top mount Hester for the weekly grand prix qualifier, the $132,000 Equinimity WEF Challenge Cup Round 12.

In the first round, contested by a field of 63, they were one of 27 horse and rider combinations to qualify for the jump off in Guilherme Jorge’s track. Returning in the latter half, things again went slightly askew.

“My round actually wasn’t exactly what our plan was,” said Deslauriers. “I got down the first line a little earlier than I expected and that changed the turn to the next jump a little bit. Everything was connected in the first round as well as the jump-off; one line directly affected the next.

“In the beginning, I tried to keep my foot speed up but there were two places where I tried to make up the time. I did the six [strides] after the double to the oxer at fence number one and then I really galloped afterwards and turned quite sharp back on the vertical.”

The most important part of her plan, however, did fall into place—winning! Stopping the clock in a blistering 34.70 seconds, Deslaurier and her 13-year-old Belgian Warmblood gelding were half a second faster than runner up Darragh Kenny (IRL) and Babalou 41.

“Hester is naturally super fast and even when I had to add one more stride here or there he was right there with me. He is the best and I am so lucky to have him,” said the young rider.

The WEF Challenge Cup marks the third 5* win for the teenaged rider in less than a year. You can bet she’ll be aiming to add Saturday night’s $500,000 Rolex Grand Prix CSI 5* to her resume next.

Ireland’s Shane Sweetnam rounded out the top three in 35.71 seconds aboard Chaqui Z.